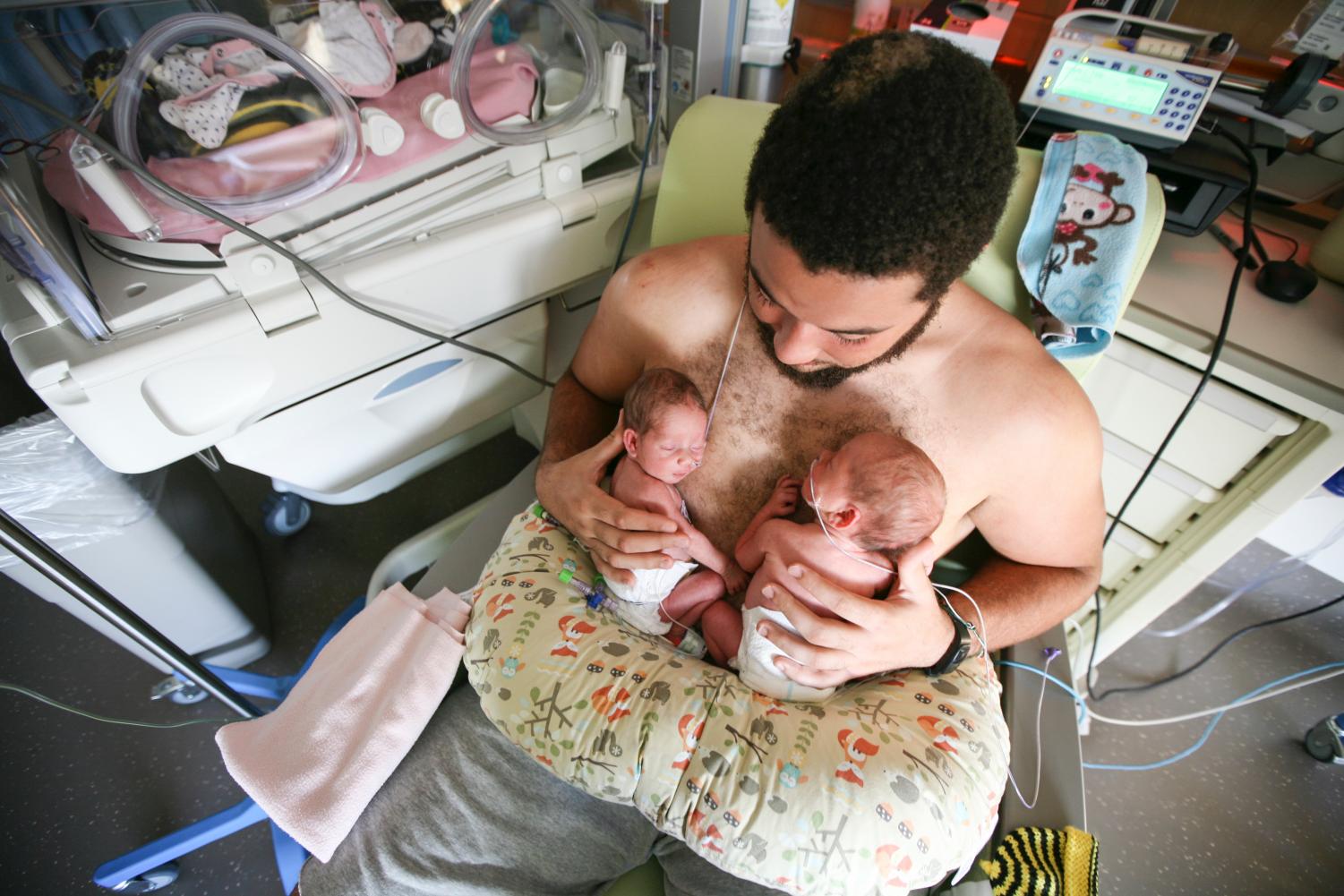 After the birth of twin daughters in early September, Dalton Ferguson has rearranged his life to cover his commitments to his family and football.

In the early hours of the morning before Iowa’s home matchup against Iowa State, the lineman got just two hours of sleep around the premature birth of his twin daughters, Ella and Hazel.

The girls had an extended stay in the University of Iowa Stead Family Children’s Hospital after being born at 5 pounds, 8 ounces, and 3 pounds, 4 ounces. Now, they are home, and Ferguson’s life has shifted focus from his own well-being to his family’s.

On Mondays and Tuesdays, Ferguson spends his nights in Iowa City, focusing on school and football while his girlfriend, Rachael Westergard (a former DI photographer), lives at his parents’ house with the twins.

On Wednesday, he commutes to Marion. He travels home to take care of the kids, comes back to Iowa City for football meetings, and travels back to take the kids’ feeding night shift on Wednesday and Thursday.

“I’ve really had to put some of my needs behind me, like sometimes on Wednesdays and Thursdays, you know, I’d go to a movie or I’d hang out with friends, but now I’m hanging out with my family,” Ferguson said. “I’m taking care of the kids, making sure everything’s normal with them. The shift really just is toward my kids and less personal for me.”

The decision to split up the week between football in Iowa City and his family out of town didn’t come without arguments.

Among practice, meetings, dinners, and commuting home to be with his kids, time management is a big thing that has been more closely monitored in Ferguson’s life.

“He’s definitely strapped for time, but it’s to be expected,” Westergard said. “He’s done everything he can to be there, so he’s been an awesome dad.”

With everything in Ferguson’s life being major commitments, it has added stress and a feeling of being pulled in opposing directions.

His commitment to Westergard, his parents, the coaching staff, and his team keep him busy, but his life is filled with prioritizing and doing what he can.

That stress and attention to time commitment is something that is evident to the people around Ferguson, but it hasn’t changed the way he approaches football or how he treats his teammates.

“Obviously, he’s a little sharper on what he does and just a little more detailed,” Keegan Render said. “He’s definitely done a good job being there for his teammates still, and I know he’s home with his family a lot, too. He might be stressed out, but he doesn’t show it much, and I think he’s done a good job of staying focused on everything.”

Ferguson’s dedication to being a father was evident from the beginning, when the kids were born and through their stay in the hospital.

Luckily for him, the hospital was in walking distance from his everyday football routine. During those days, he went back and forth from football practice and meetings to spend every waking moment outside of the sport with his family.

“He’s probably better with them than I am,” Westergard said. “He’s just extremely good with kids. When they were in the NICU, I don’t give him enough credit, he was going to practice at like 4:30-5 in the morning and then coming back at like 11, being there in the hospital for three or four hours, then going directly back for meetings and dinner. He’s trying really hard to make this all like really work and he definitely deserves a lot of credit for that.”

With Ferguson busy with football half of the week, Westergard and the twins living with his parents has been helpful for everyone.

On the nights when he is in Iowa City busy with football, being alone with twins has been stressful on Westergard. Having a strong support system in the same house during this arrangement has made all the difference in making the situation easier.

“It’s been extremely helpful; his parents have been awesome, and we’re extremely grateful for that,” Westergard said. “I don’t know how we would do it if we weren’t living with his parents at least for this time being. Obviously, the goal is to move out, hopefully soon, but while he’s in football and can’t be around as much, his mom has been amazing.”

With Iowa football’s regular season ending Friday, things will start to shift away from football and toward the family’s plan for the future.

Ferguson is an education major, and Westergard said he is debating on whether to go back to school to become a teacher or to go into player development.

“We may both go back to school; we just don’t know, we need to figure that out,” Westergard said. “Right now, it’s just kind of been hard to talk about that kind of stuff just because football is the main focus at the moment.”

Despite all the stress that this life change has brought on Ferguson during football season, fatherhood has some irreplaceable perks.

“I mean, it’s pretty fun,” he said. “You get to hold the kids, feed them. The dad bod, you don’t get shame for being chubby.” 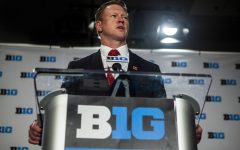 College football Week 13: A fight for the Big Ten East 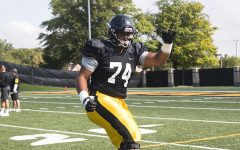 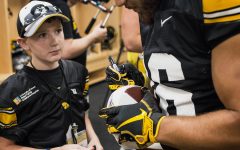 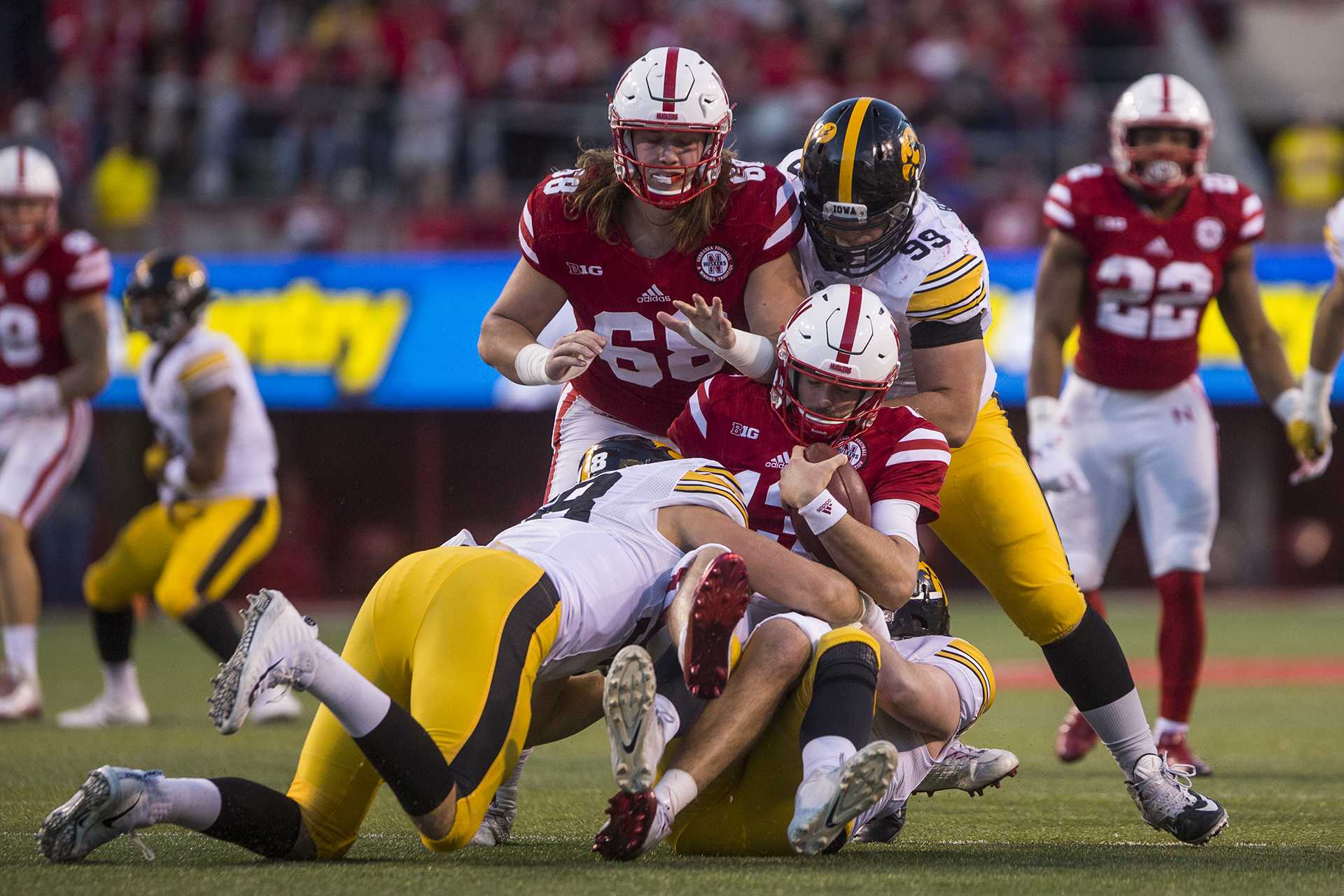 By the numbers: Nebraska