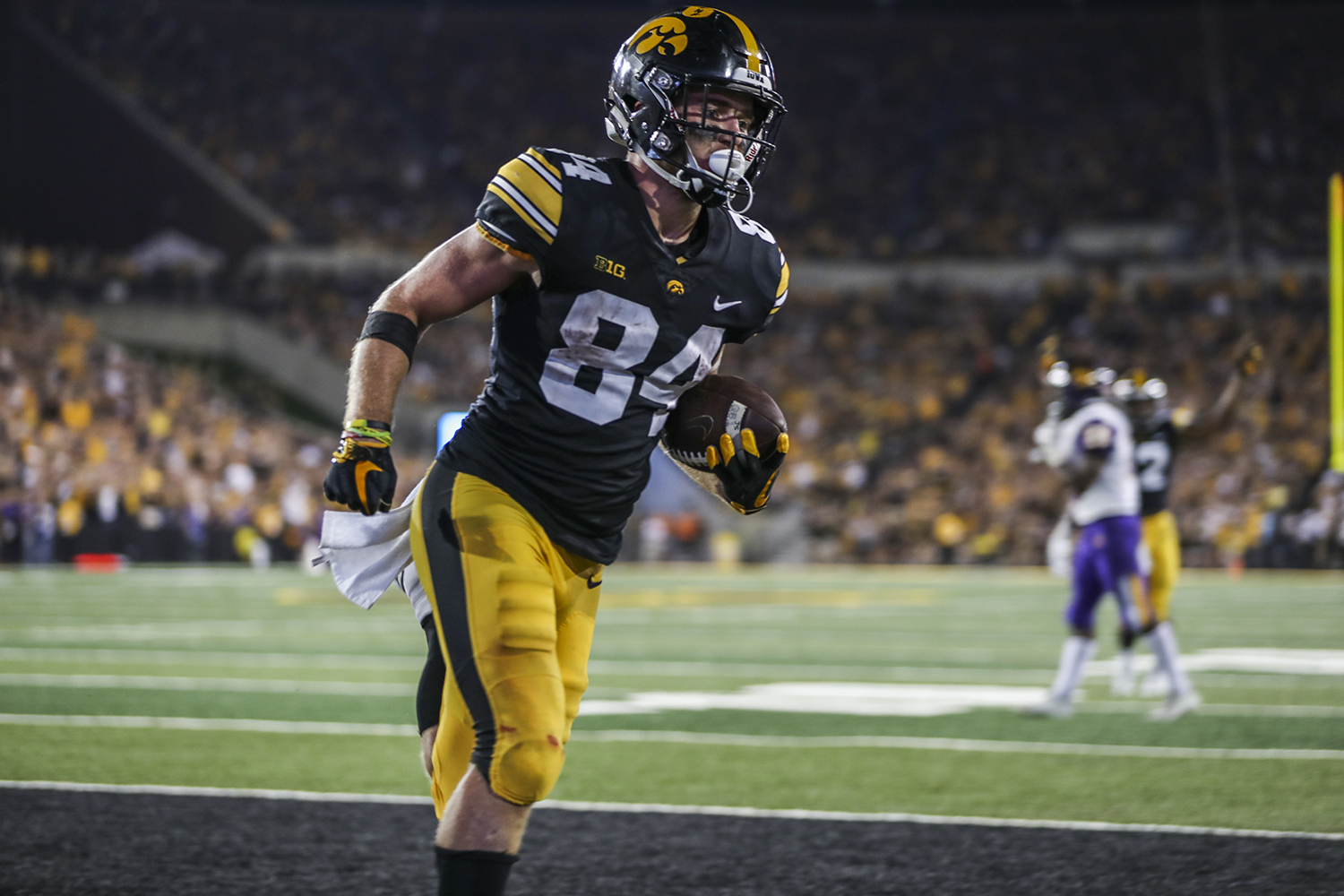 Nick and Matt Easley have been by each other's sides throughout their lives, and now Matt Easley is there supporting his brother as he lives out his dream.

When Nick Easley was in sixth grade, he enjoyed his first big victory. In a wrestling match with his ninth-grade brother, Easley came out on top for the first time. Allegedly.

Matt Easley, the older brother, said that it wasn’t until he went off to college — where he was a placekicker at Northern Iowa — Nick became stronger than he was.

Eventually, Nick Easley found ways to pick up consistent victories, one-upping his brother in nearly every competition they could find.

Matt Easley eventually got revenge on his Big Ten football-playing brother, however, beating him in a basketball game of P.I.G. during the summer — one of his rare wins over his more athletic brother.

“Whatever we do, he probably wins about 90 percent of the time, but it’s still fun,” the elder Easley said.

No matter the case, one thing is certain: The Easley brothers’ relationship goes far deeper than childhood wrestling matches and grown-up games of P.I.G. The support they have for each other is unwavering. It grew when they both went off to play college football, but it started long before the younger Easley achieved his dream of becoming a Hawkeye wide receiver.

Nick Easley is Iowa’s top returning receiver. After catching 51 passes for 530 yards and 4 touchdowns in his début season with the Hawkeyes in 2017, he has been a fundamental force and consistent leader for Iowa in his final season.

And he has had his brother by his side through it all.

In the first two games, Nick Easley battled injuries and only managed 1 catch for 15 yards, but the Northern Iowa game was different.

When the Hawkeyes took on the Panthers on Sept. 15, Matt Easley didn’t wear the purple and gold of his former squad. Despite tailgating with fellow former Panther specialists, Matt Easley wore his brother’s blackout jersey from Iowa’s 55-24 upset of Ohio State in 2017.

Nick Easley responded to the support by catching a career-high 10 passes for 105 yards and a touchdown in a 38-14 beatdown of his brother’s former team.

That his brother would put aside his previous allegiance to support him means a lot to the younger Easley. 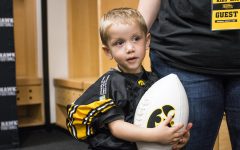 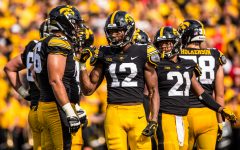 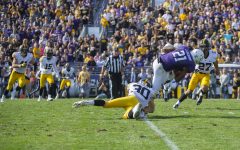 Football’s defense is prepared for a quarterback challenge

“It’s pretty cool,” he said. “He played there, so obviously, he has pride in that. Obviously, he wants them to win, but I think on [Sept. 15] he was 100 percent for me. That was pretty cool to see that even though I was playing against his alma mater, his former school, he was still all in for the Hawks.”

The support Nick Easley now receives in bulk was reciprocated a long time before he even stepped foot on the campus of Iowa Western, where he played before he received a walk-on offer from Iowa.

If it was just getting in the back door, I would race [Matt] to it or something stupid. But I think that’s definitely where I learned to get my competitive edge from.”

Nick Easley could always be found in games with his older brother and his friends. The challenge of playing with those older, bigger, and stronger than him forced him to be aggressive.

“[Matt] would always get mad at me because I was always trying to compete in everything we did,” Nick Easley said. “If it was just getting in the back door, I would race him to it or something stupid. But I think that’s definitely where I learned to get my competitive edge from.”

Matt Easley was a good high-school kicker at Newton before packing his bags for Cedar Falls. A self-driven individual, he researched opportunities to attend camps and improve his game without being prompted.

After his father agreed to drive him to the camps, the Easleys hit the road. Sometimes, they let the families of campers step on the field, so Nick Easley tried his hand at kicking. And he was good.

Instead, Nick Easley has become the top wide receiver on a program known for turning lightly recruited players into NFL prospects. And his family is behind him all the way.

While John Easley and Alison Lemke, Matt and Nick’s parents, didn’t pressure them to pursue camps, they played a big role.

John Easley said his sons are self-directed, but that didn’t stop him from being an important part of their development.

He shagged kicks and threw routes, but Nick Easley took control of his own game from an early age.

When Nick Easley was in fourth grade, he started asking his dad to throw him passes every night, John Easley said. The duo had about nine routes at short, medium, and long distances they ran through, and Nick  kept track of how many he caught and how many he dropped.

For every pass he didn’t secure, Nick Easley forced himself to run a sprint across that family’s yard — around 100 yards.

“I’m like, ‘Nick, you don’t have to do that,’ ” John Easley said. “He’s like, ‘I have to catch every ball, I can catch every ball, so I got to do this …’ That’s to me the indicator that he was destined to do something great.”

Matt Easley’s days as a college football player are over, but his days at Northern Iowa aren’t.

After concluding his playing career and graduating with a bachelor’s degree, the older Easley elected to go to speech-language pathology graduate school at his alma mater.

He’s now in his last year — just as Nick Easley is in his college-playing career — anticipating graduation in May 2019.

Although his schedule certainly keeps him busy, Matt Easley still finds the time to show his support for his brother, only missing one game of Nick’s Hawkeye career — Iowa’s 17-10 loss to Michigan State in East Lansing in 2017.

To make it work, Matt Easley has made his schedule flexible. He has class from the morning until the late afternoon on Fridays but doesn’t have school on Mondays, allowing for ample travel time.

Matt Easley provides a good resource for his only brother, having gone through the ups and downs of Division-1 college football before. He knows what the training sessions are like, how programs are run, and how much work it takes.

Now, with Nick Easley being at the top of his game, Matt Easley has taken on the role of brother and key member of a support system, as opposed to just being a fan.

“There’s really nothing more I wanted for him when he went to junior college and started playing really well than to find the best situation for him at the next level of college football,” Matt Easley said. “As lightly recruited as he was even for being so good his sophomore year, I just remember feeling a lot of anxiety for him about finding the right situation.”

Through it all, Matt Easley has put aside his past to support Nick Easley.

“It says that he loves his little brother in the end,” John Easley said. “He was able to put his support for Nick ahead of his own old team or even his own ego. Some people have asked if Matt was jealous of Nick’s success, and I was like, ‘No. I don’t think there’s a single ounce of jealousy.’ A, they do different things on the football field, but B, Nick has just focused and worked so hard for this that Matt just knows that it means everything to Nick to have this success.” 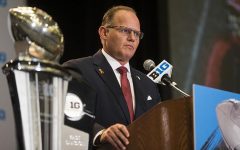 By the numbers: Indiana Hoosiers 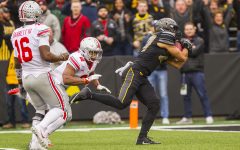 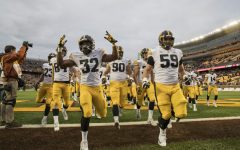 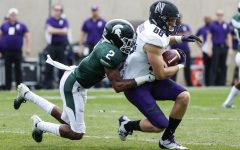