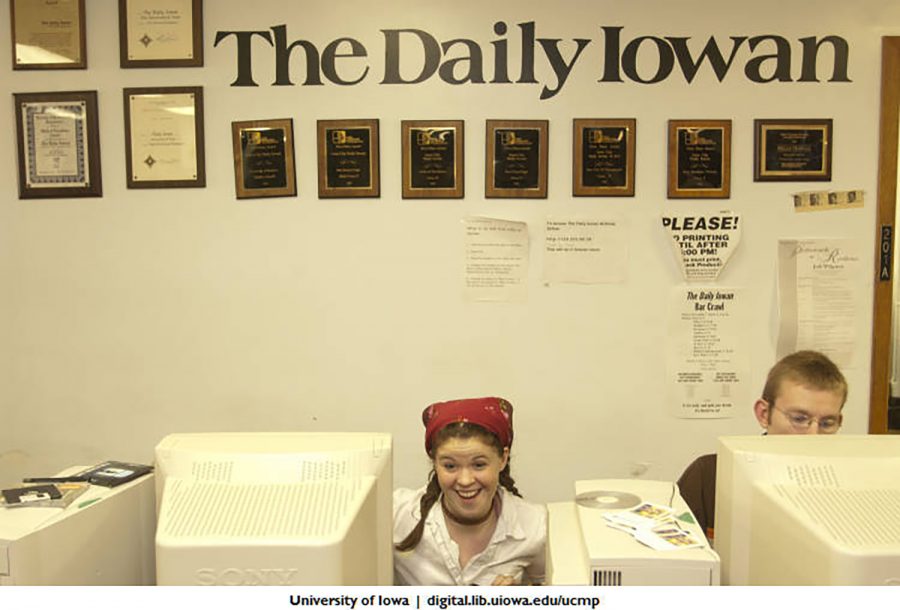 Daily Iowan staffers are seen working in their office in the Communications Building.

The state Board of Regents approved the UI’s request on Thursday to demolish the Communications Center, previously home to the Daily Iowan newsroom.

Stacks of old newspapers, bulky typewriters, ink bottles, and pads of paper were strewn across the newsroom. Over the decades, the typewriters gave way to clunky computers, but the Communications Center space maintained its basement-like atmosphere — a gritty gathering place for news-hungry young journalists.

It was dark and dank, but the second floor of the Communications Center served as a home to the Daily Iowan editorial staff for more than 50 years. Soon, the building in which hundreds of student journalists convened to cover the University of Iowa community and work at the award-winning independent news organization will stand no more.

The state Board of Regents on Sept. 19 approved the UI’s request to demolish the Communications Center to eliminate $3 million in deferred maintenance and turn it into green space. The building will cost $1.03 million to raze, but according to regent documents, a 2018 study estimated it would cost $12 million to renovate the facility to meet programmatic needs and building codes.

Built in 1951, the Communications Center housed the UI School of Journalism and the DI since 1953 until its move to the Adler Journalism Building in 2005. News of the center’s impending demolition didn’t surprise several DI alums, but it brought on nostalgia nonetheless.

“It was exactly what you would have expected in a working newsroom at the time,” 1968-69 DI Editor Cheryl Arvidson said. “It was shoe-leather grit reporters who were there working … and it was just a place where everybody did their job, and nobody cared what it looked like. I loved every dirty little piece of it.”

Longtime former DI Publisher Bill Casey said he has “a million memories” of working in the space, but he emphasized students’ impressive efforts to publish quality journalism.

“It’s a crummy old building,” he said. “You don’t get much crummier … but having said that, the work there that was done was amazing.”

» The Daily Iowan lived in several places before moving to the Adler Journalism Building. The 125th anniversary edition of the DI — published July 30, 1993 — documents the newsroom’s previous moves. 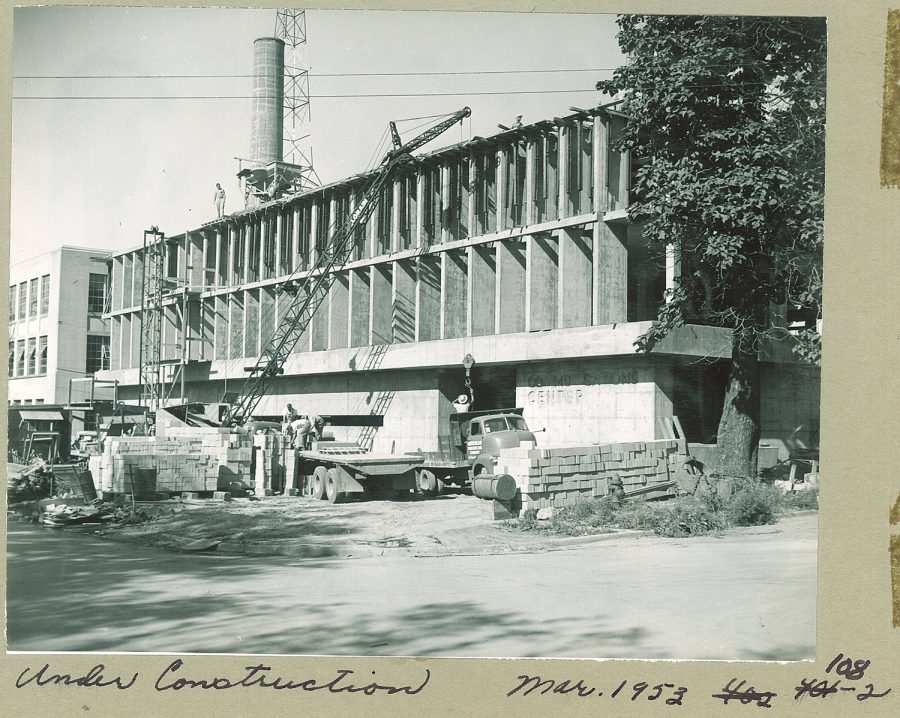 A space to document the rough draft of history

When major local and national news broke, almost as if by a mysterious gravitational force, DI staffers knew to head to the newsroom and get to work informing the community.

Most staffers basically lived in the newsroom, longtime Publisher Bill Casey said — it was everybody’s home just as it is now, even without the “swank” lounge space today’s staff enjoys in the current Adler Journalism Building newsroom. 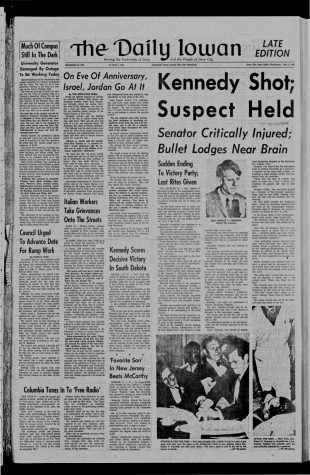 Arvidson recalled the night that presidential candidate Robert Kennedy was assassinated. The June 5, 1968 issue of the DI reported that Kennedy was entering surgery as the newspaper went to press.

After reporting Kennedy’s victory in the California primary, Arvidson said, she returned to her sorority house on Burlington Street. She walked in the door just in time to see Kennedy get shot after giving his victory speech.

So, Arvidson turned around and went back to the newsroom, as did nearly everyone who worked late that night. While other journalists in town had gone to bed, the DI staff stopped the presses and is believed to be the only newspaper east of the Missouri River to get the news in its pages.

Enraged about not winning a dissertation award that instead went to Shan, his former roommate, Lu targeted several people whom he killed that day before turning the gun on himself.

The DI staff put out a special Saturday edition to cover the tragedy — showing up to the newsroom knowing without being told that the news needed to be covered.

“Those kids were there day and night for the Gang Lu story,” Casey said. “… I was out of town, so was the editor, but the newsroom kids just stepped up and did a great job.” 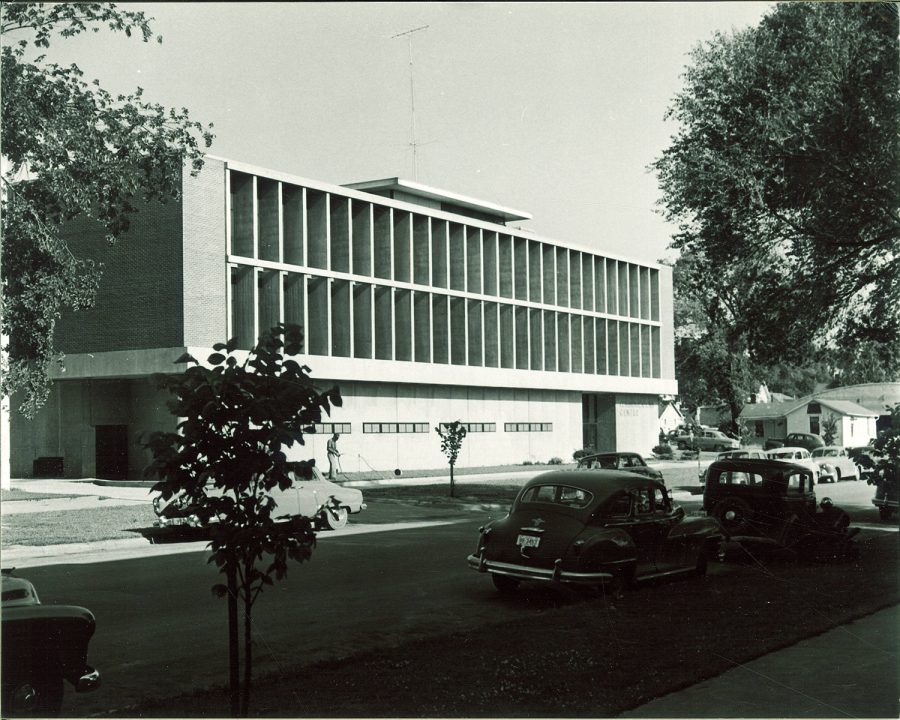 DI alums used the parking lot behind the Communications Center — improperly — by driving under the gate or using a soda or garbage can to open the gate. (Sometimes they were ticketed. Sometimes they got a free parking spot.)