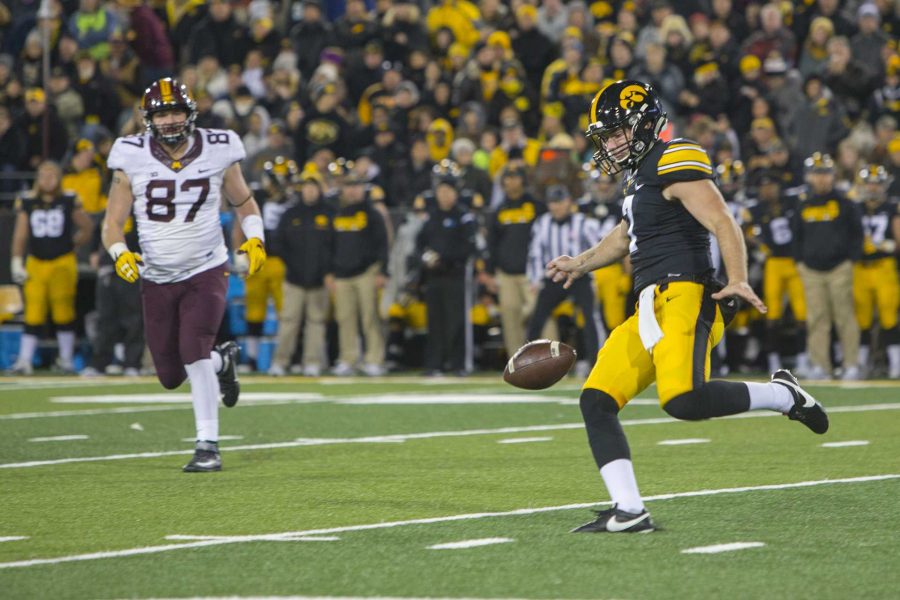 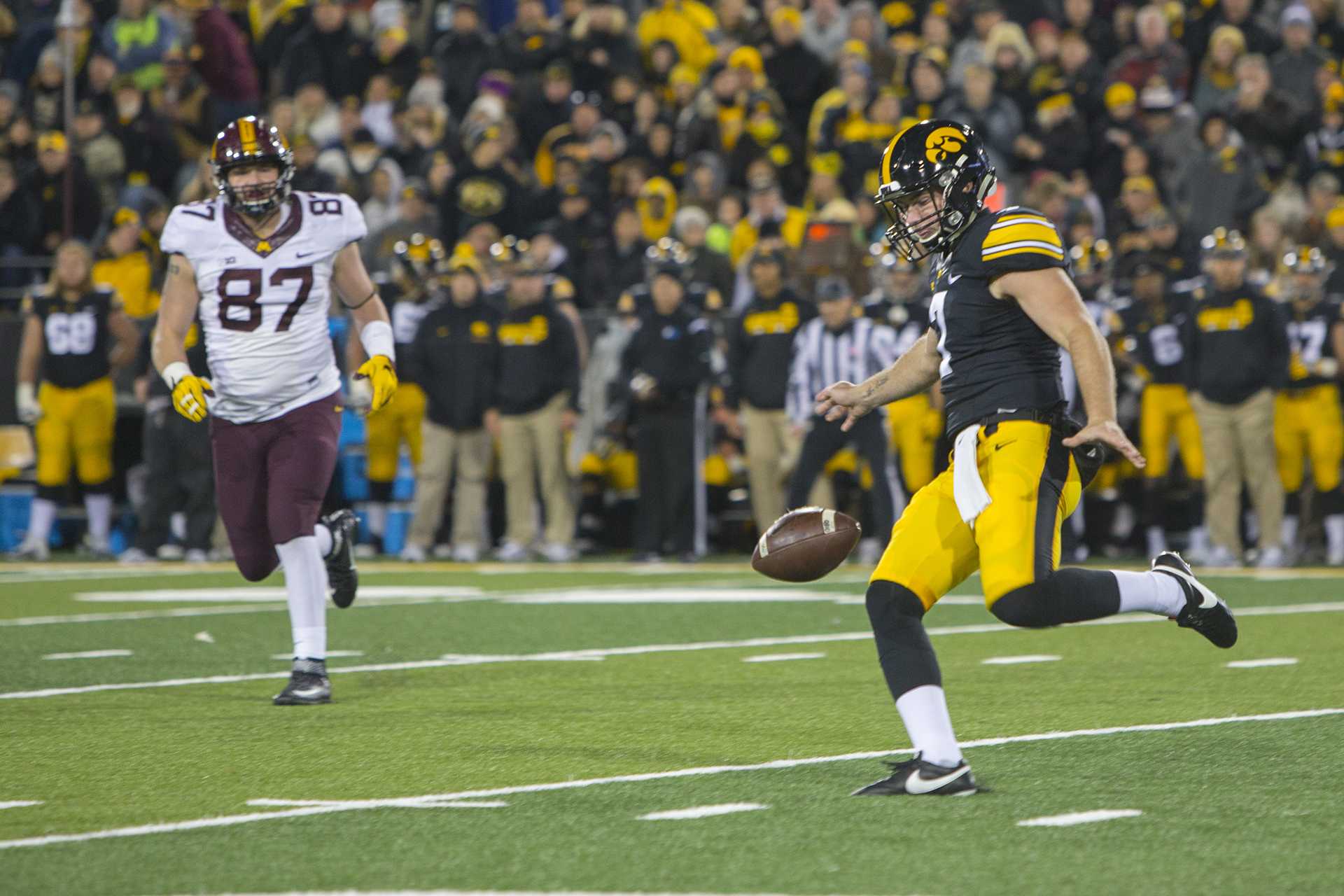 Colten Rastetter had a dreadful 2017 season, but with a rejuvenated mental outlook, he’s put together a 2018 campaign garnering recognition of his coaches and national-award committees.

A lot can happen in a year.

The watch list for the Ray Guy Award, an honor given to the best college punter in the country, came out Monday, and Hawkeye Colten Rastetter’s name made the cut.

Flash back to last season, and no one would have guessed his name to be on any sort of award list.

In fact, not many people thought he would retain his punting job from a year ago. Even the first official depth chart had Rastetter listed as a backup. It was a typo.

Being a specialist is how you talk to yourself.”

Since that misprint, Rastetter has been proving just about everyone wrong thanks to a complete 180 on his mental approach to the game.

“Being a specialist is how you talk to yourself,” he said. “Last year, I had more of a negative approach to it — ‘You’re not going to be able to do this, it’s too windy, it’s too cold,’ while this year it’s like, ‘Hey, I’ve done it before, no big deal, just go out, hit a good ball, and call it good.’ ”

It seems simple, with Rastetter reassuring himself that he’s well-equipped for the task at hand, but it wasn’t that easy.

He said his worst outing came when Iowa hosted Purdue in a cold and windy late-afternoon game in November.

The Hawkeye offense failed to move the ball on the Boilermaker defense for much of the game, and Rastetter’s woes in the punting game didn’t help Iowa gain any sort of advantage in the field-position chess match. 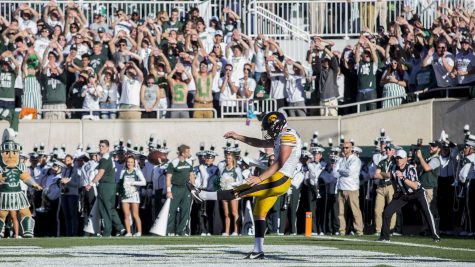 Nick Rohlman
Iowa punter Colten Rastetter punts out of Iowa’s end zone as the MSU student section provides words of encouragement during the game between Iowa and Michigan State at Spartan Stadium on Saturday Sept. 30, 2017. The Spartans defeated the Hawkeyes 17-10.

“I hit a punt and the wind just took it — I can’t control this, this is out of my control,” he said. “I was being negative, like, ‘You’re hurting the team here.’ I didn’t like that feeling.”

His efforts against Purdue would be just one of seven games in which he failed to average better than 40 yards per punt, but it was also a moment where he knew he needed to change something, anything, in his game.

But Rastetter didn’t change anything about the way he punts physically.

What punting boils down to, at least for Rastetter, is mental reps.

“I would say [it’s] 70-30 [mental],” he said. “You practice throughout the week, and then you go out on Saturday, and it’s more mental reps, and you know what to do. It’s more just trusting your ability in a way instead of 100 percent physical.”

To fine-tune those mental reps, Rastetter went to Carmen Tebbe-Priebe, a sports psychologist who works with the football team.

Rastetter said that at his first meeting with her, she asked him to walk her through his game-day routine and what goes through his head during the game.

Tebbe-Priebe said every athlete at the University of Iowa has access to sports-psychology services from either her or her colleagues.

For football, she meets with the incoming freshmen each season for three to four weeks after they get on campus, and she conducts different workshops with them before giving out her contact information. From there, it’s up to the players to reach out to her themselves or for the coaches to push them in that direction. 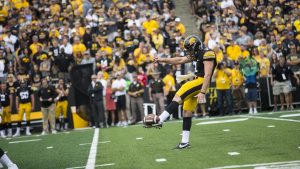 Ben Allan Smith
Iowa punter Colten Rastetter punts the ball away during the season opener against Wyoming on Saturday, Sep. 2, 2017. The Hawkeyes went on to defeat the Cowboys, 24-3.

“The football team prides itself on being a developmental program, and they really mean that in all aspects,” Tebbe-Priebe said. “They develop them into people, into students, so this coaching staff is very supportive of them using whatever resources they have available.”

Essentially, their meetings made Rastetter think about what he was doing in between plays rather than when he was actually on the field.

Not only did Rastetter’s self-confidence grow, so did the faith of his head coach.

Going back to that nightmare game against Purdue, Rastetter stressed the wind as one of the biggest threats to his confidence, and against Maryland this season, the dreadful wind returned.

But instead of crumbling as he did in 2017, Rastetter had his second-best punting effort of the season, booting two balls for an average of 46.5 yards per kick. And that, again, was in a game in which no team could throw the ball effectively because of winds greater than 25 mph.

“I’m pretty sure in saying that he — I can’t prove it — but I’m sure I would have been more nervous last year,” head coach Kirk Ferentz said. “I wasn’t nervous at all [against Maryland]. I felt like we were going to be OK. He has a maturity now he didn’t have last year. That comes through a lot of hard work, sometimes tribulation. Tough, but you have to go through it.”

Ferentz was brutally honest when talking about Rastetter, saying the punter position was one of the biggest wild cards heading into 2018.

“Clearly at that position last year, nobody took the reins,” Ferentz said. “But to his credit, he has taken the reins.”

Ferentz went from taking a deep breath every time Rastetter punted to using him as the quarterback on a fake field goal — that in itself is a sign that a once nervous relationship transitioned into one infused with trust.

I think he’s taken it upon himself to really be diligent and work hard at what he’s doing and be better at his craft.”

“I think he was embarrassed from last year,” special-team coach LeVar Woods said. “He’ll tell you that, personally embarrassed. And I think he’s taken it upon himself to really be diligent and work hard at what he’s doing and be better at his craft.”

To get better at his craft, Rastetter did point out he’s watched much more film than last season. He said that after the Pinstripe Bowl, he went to the film room.

If there’s anything about his physical game he changed, it’s that he’s cut down on the amount of punting in practice, oddly enough. He said that his leg was dead most of the time because of the number of reps he was doing in practice.

What didn’t change, though, was his support system.

“Growing up in a small community, there’s always support there,” the Guttenburg, Iowa, native said. “And just family 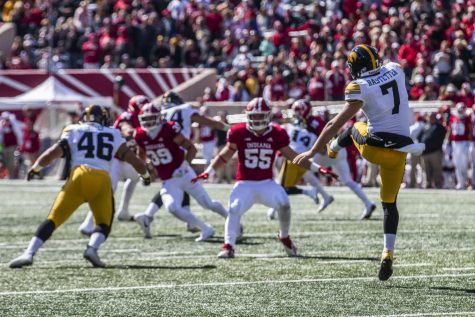 support, the coaches’ support, the teammates’ support — it was all there. I just wasn’t aware of it at the time. Now, looking back, I know it’s there, and I can feed off of it.

Now, instead of questioning his support and his confidence, the cloud of uncertainty above Rastetter’s head has disappeared, and instead, a revamped sense of courage is in full force.

He’s having his best season as a Hawkeye thanks to a whole new mindset to the game, and many, including those involved in the Ray Guy Award, have taken notice.

“Confidence goes along with that mental approach,” Rastetter said. “Just how you talk to yourself, the positive words, finding a solution instead of finding negatives.” 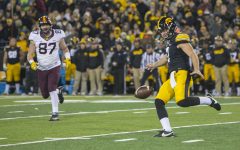 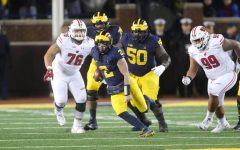 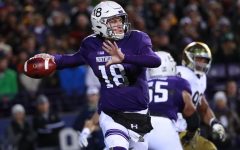 By the numbers: Northwestern 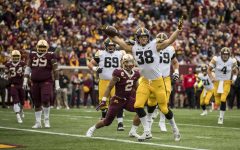