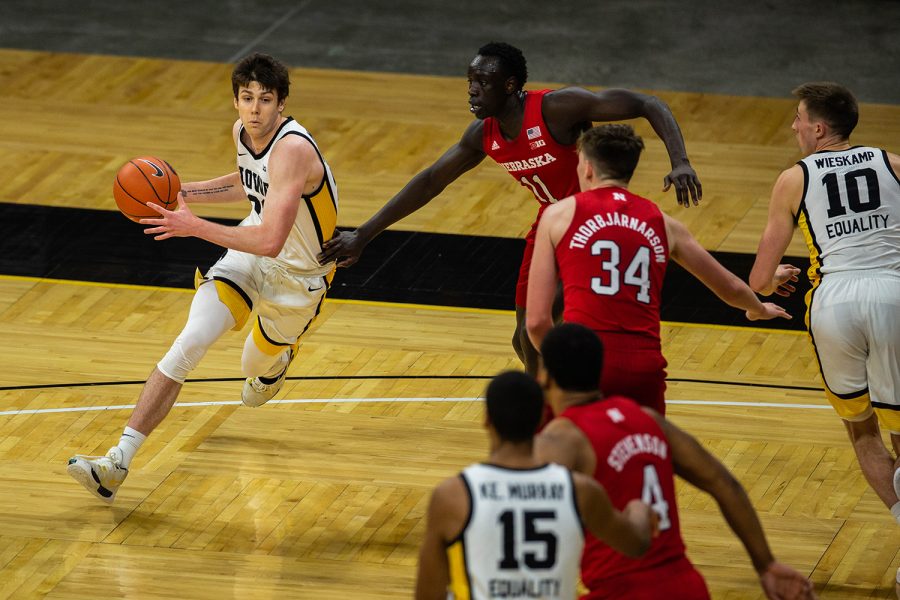 Time to be frank, Iowa hoops fans. Your team isn’t making the NCAA tournament this season. And the worst part is, the Hawkeyes know they aren’t going to be good this year.

Keep in mind, NCAA Division I programs typically have the luxury of crafting their own nonconference schedules — with a few exceptions. So, Iowa probably opted to play nine cupcake games to start the season intentionally.

To me, it seems like the Hawkeyes don’t believe they’ll be good this season. Iowa’s probably just scheduling bad nonconference teams this season to pick up some easy wins before Big Ten Conference play begins.

The only tough non-Big Ten team Iowa will play this year is No. 25 Virginia. The Hawkeyes are obligated to play the Cavaliers as part of the Big Ten/ACC Challenge.

If the Hawkeyes themselves don’t believe they’ll do well this year, then they probably won’t do great.

Iowa also lost almost 55 percent of its total scoring from 2020-21. Center Luka Garza and guard Joe Wieskamp left Iowa for the NBA in the offseason. Guard CJ Fredrick transferred from Iowa to Kentucky in April.

Garza, Fredrick, and Wieskamp all ranked inside the top 11 in the Big Ten in 3-point shooting percentage last season.

With Garza, Fredrick, and Wieskamp gone, I don’t expect the Hawkeyes to have enough firepower to beat many opponents — especially not any good ones.

So, come March, I don’t anticipate the Hawkeyes resume being enough to justify any dancing.

Iowa lost three of its 2020-21 starters ahead of the 2021-22 season. Guards Joe Wieskamp and CJ Fredrick and center Luka Garza scored about 55 percent of Iowa’s points last year.

With so much scoring lost, and many new faces littered throughout their roster, the Hawkeyes might struggle to find their footing early this season.

The Hawkeyes luckily have nine games against mid-major teams scheduled early this year. So, Iowa will have an adequate amount of time to get in rhythm before Big Ten Conference play begins.

With the likes of Joe Toussaint, Patrick McCaffery, Tony Perkins, Keegan and Kris Murray, and Ahron Ulis all positioned to see more minutes this year, Iowa figures to be a lot more athletic both offensively and defensively than it was a year ago.

Iowa might also play a quicker and more modernized brand of offense this season. Instead of trying to get a center like Garza set up to score in the post, the Hawkeyes can attack the basket from the perimeter and shoot from downtown, utilizing their more athletic lineup.

This year, the Hawkeyes will also have a deeper rotation than they did last season. With key additions like freshmen Riley Mulvey and Payton Sandfort and transfer forward Filip Rebraca, Iowa’s regular rotation could include 10 or more players.

Because of their increased depth and athleticism, I expect the Hawkeyes to sneak into the 2021 NCAA Division I Men’s Basketball Tournament as a 10 or 11 seed.