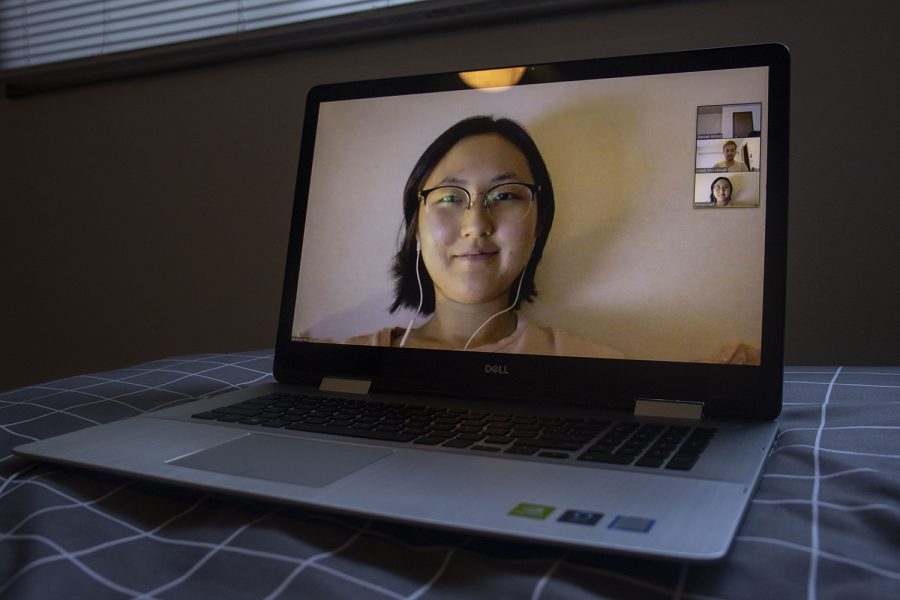 Shimin Park, a UI international student, poses for a portrait through a zoom call on Monday, July 13, 2020 from her home in South Korea. Due to new ICE orders restricting international studies during the pandemic, Park decided to enroll in an exchange student program and will stay in South Korea for the fall semester instead of returning to the UI.

“To say it quite bluntly, I feel like it’s a ban. It’s not an outright ban, but it is.” -Shimin Park

Shimin Park said the ICE order felt like a ban on international students.

“It’s not an outright ban, but it is,” she said. “From seeing what the Trump administration has been doing, it’s been very anti-immigration, and it is doing exactly that.”

Park, a junior from South Korea and the University of Iowa Undergraduate Student Government international student constituency senator, is living at home for the summer. She said she was looking forward to studying in Iowa City for the fall, but as cases of the coronavirus continued to rise across the U.S., she became increasingly wary of leaving a country that has largely contained the virus and returning to the states.

Park got approval to study at a campus in South Korea through the UI’s exchange program for the fall, so she won’t be returning to Iowa City for the semester.

“It was a tough decision to make, since I have so much love for Iowa City and the Hawkeye community,” she said. “And it’s really sad still to think about leaving behind, at least partially, a lot of commitments that I made.”

Before the decision was reversed, Park said she wanted to work with the university through her role in USG to ensure international students studying on campus wouldn’t be forced out once classes went online.

With nearly 1.1 million international students studying across the U.S., Park said she was concerned about the safety of sending mass numbers of students around the globe if they didn’t qualify to remain in the country.

“I’d have to think that would entail a whole lot of problems with health, putting our health at risk and others’ health at risk,” she said. “…COVID-19 is a very real thing and it’s a scary thing and we need to be more careful.”