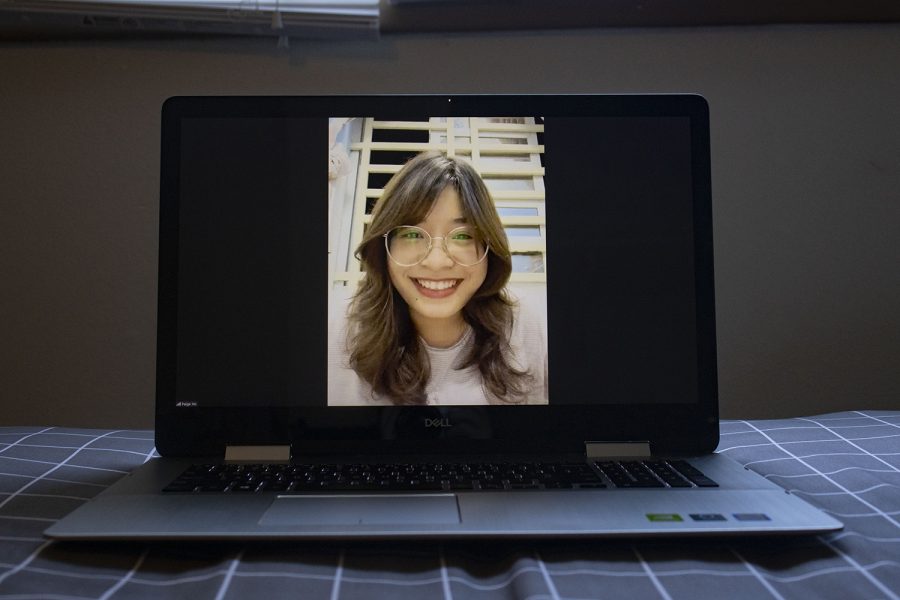 Paige Ho, an incoming UI sophomore and ambassador for international students, poses for a portrait through a zoom call on Friday, July 10, 2020 from her home in Vietnam.

For incoming sophomore Paige Ho, learning that she could have been forced to leave the U.S. before completing her second fall semester at the University of Iowa was “shocking.”

The journalism and mass communications major has spent the summer in her hometown of Binh Duong, Vietnam. Up until last week, she was busy preparing to return to Iowa in August, but after the guidance was announced, she became uncertain of her plans.

“Initially I was going to go back and take classes and have discussions and basically stay in my apartment, but I don’t know how with this new regulation,” she said. “I don’t know if it would be safe for me to go back or not, just because it’s going to be a whole mess if we switch to online — and I don’t have any backup plans.”

Vietnam closed its borders to foreign nationals in March and reaffirmed the closure in late June. While Ho said repatriation flights are available for citizens to fly from the U.S. to Vietnam, they are extremely expensive and difficult to plan.

“I was actually talking to a girl who is in the same country and she is worried about the whole situation — I feel like everyone is also confused… and for me I don’t even have the answers for that, so I don’t know what to do,” she said.

Despite the confusion, Ho said she was grateful for how supportive the UI, International Programs, and her friends had been throughout the process. She said the support was necessary and appreciated by students like her, and hoped UI will continue to do what it could to protect its international student population.

Presidents of the UI, Iowa State University, and the University of Northern Iowa sent a letter to Iowa’s congressional delegation on Monday expressing their concerns about the new guidance from ICE. The City of Iowa City also joined 25 other cities, towns, and counties in signing an amicus supporting the lawsuit filed by MIT and Harvard University against the U.S. Department of Homeland Security.

“I feel like our school — they care about their international students,” Ho said. “I know that for me, to study abroad is really hard, so I feel like to have the support from the university is really a big thing for us.”