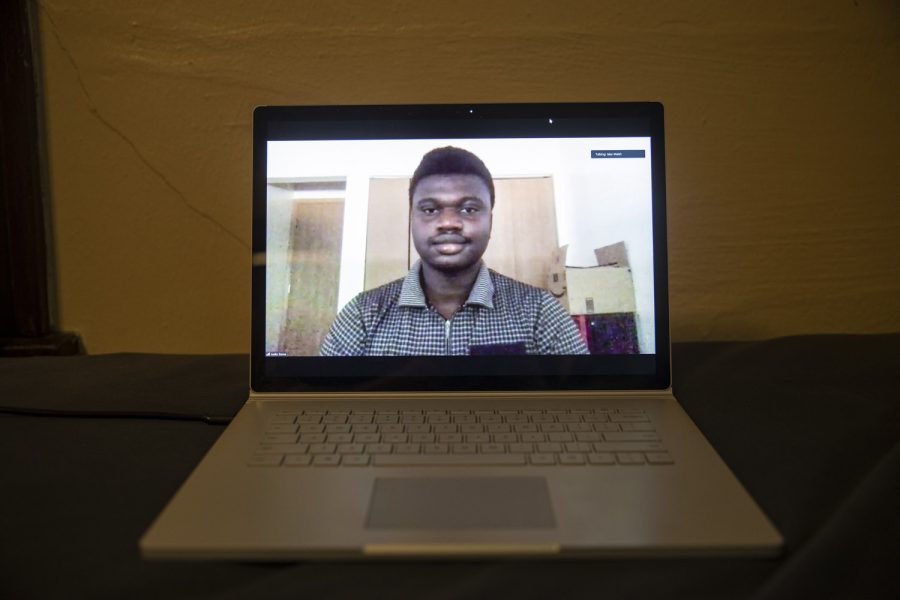 Iowa student Joslin Some poses for a portrait over Zoom on Monday, July 13 2020.

“Even if we did have to go, there are so many travel bans – where would we go?” -Joslin Some

Joslin Some, like many international students, was still waiting to find out exactly how the ruling will affect his situation before Tuesday’s announcement.

“I was really surprised, and I didn’t know what to make of it. It’s pretty stressful to not know what’s going to happen,” Some said. “Even if we did have to go, there are so many travel bans – where would we go?”

Some said he is slated to take at least two or three of his fall semester classes in person.

Some said that while at first he felt disheartened by the announcement, emails from International Student and Scholar Services and the College of Engineering made him feel like there was support for international students on campus.

“It did [make me feel unwelcome] – maybe for half a day. But when I started receiving emails with support, that made me feel a lot better about myself,” he said.

Some, originally from Burkina Faso, said he chose to study at Iowa for the unique computer science and engineering program, as well as to be near relatives in the Iowa City area.  He said his first-year experience was positive, despite the challenges COVID-19 created.

“I’ve had fun during my first year and met a lot of new people, and had experiences I never thought I would,” he said. “I’ve always felt welcome.”