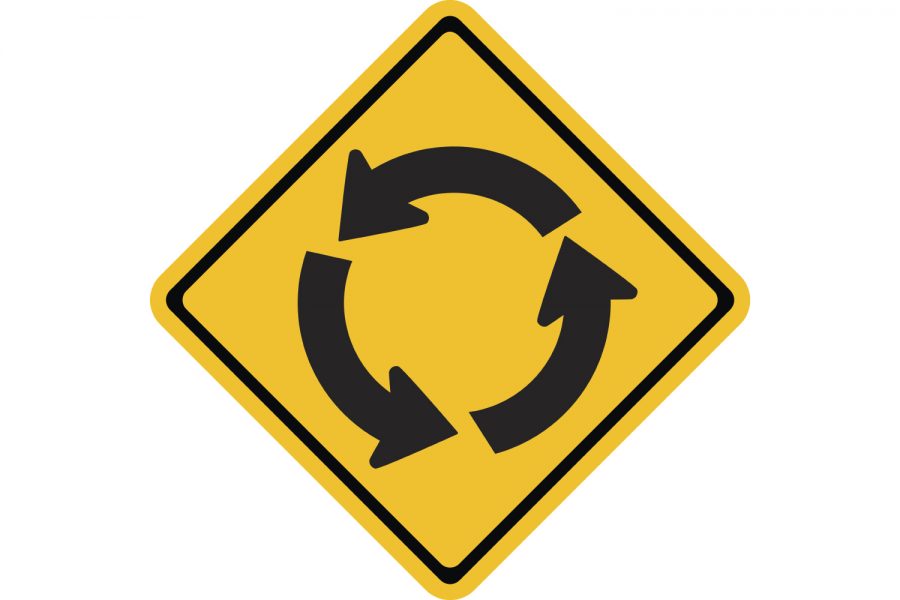 Point/Counterpoint: What about roundabouts?

Two DI opinions staffers debate the value of the circular intersection and its impact on transportation.

They are safer and more efficient

While almost everyone in North America despises them, Carmel shows how much safer and more efficient roundabouts are — a lesson other towns should learn.

Unlike some cities that might place circles at a couple major intersections, they’re all over the place in Carmel. If you go from one McDonald’s to another four miles down the street, you drive through five roundabouts and no stop signs or traffic lights.

But it’s not just a local “Keep Carmel Weird” thing. There are real-world benefits to switching to the circular crossways.

According to Carmel city officials, accidents resulting in injury went down 80 percent at intersections changed to roundabouts. When accidents do happen, the lower speed results in less serious damage, and the angle of collisions prevents head-on or T-bone crashes.

There’s also less stop-and-go with roundabouts. Without having to wait for a light, drivers often don’t have to come to a complete stop when approaching the intersection. When there are stops, traffic moves through faster on average with roundabouts.

In addition to making better time, the reduced idling is good for the environment. City officials estimated that drivers in the city save 24,000 gallons of gas per year per roundabout.

The only real argument against roundabouts seems to be that drivers can find them annoying. Unfamiliarity with driving in a circle has been the main objection of those with whom I’ve shared the roundabout gospel.

But people adjust to literal curves in the road. A study by the Washington State Department of Transportation found similar positive results to those in Carmel. The study even found a 90 percent decrease in crashes that ended in fatalities.

Of course, actually changing the intersections costs money, but all of the other benefits are worth it.

I know this is a fairly low-level issue, but it’s a simple way we can make our cities better. We don’t have to be in the Roundabout Capital of the U.S. to make things better; everywhere can benefit from taking down some stop signs and traffic signals.

They are chaotic and counterproductive

Driving is a complicated task, simplified with practice because the rules of the road are consistent. People inevitably drive recklessly, but the fact that rules are always the same and always known allows even the least competent drivers to operate several-ton machinery with relatively little danger.

Roundabouts cast this simplicity to the curb. Each one has different rules that only the locals truly understand. If you haven’t practiced a given roundabout before entering it, you’d better hope you read the signs explaining how to use it 150 feet back, because you can’t possibly figure it out on the fly.

Even if you do know the rules for the roundabout at hand, your knowledge will often be lost on the incompetence of some fool who either didn’t read the instructions or blew by the yield sign in a hurry. Then you’re scared for your life as you try to exit in the space that a certain red Audi insists it has a better use for at the moment.

In a simple intersection, we don’t run into these problems. Green means go. Yellow means get out of the way. Red means stop, but you can turn right if nobody is putting the intersection to better use. By using hard and fast rules, intersections ensure our safety by making our safety decisions for us through well-planned lights. Roundabouts expect everyone to share the road and think like collectivists, but that’s contrary to the way Americans drive. Even if some people understand and respect the rules, it only takes one incompetent operator to ruin the roundabout for everyone.

I’m aware that numbers suggest otherwise, and that roundabouts supposedly correlate with a decrease in traffic accidents, but I find this hard to believe on the anecdotal basis of how I fear for my life every time I enter one.

Everyone wants to get where they’re going first and is convinced that they’re good enough drivers to do so: the decree of lights 18 feet from the ground is all that can stop us. By leaving us to our own devices, roundabouts leave us to reckless abandon in exchange for a cute plaza in the center that nobody walks on because it’s utterly terrifying.