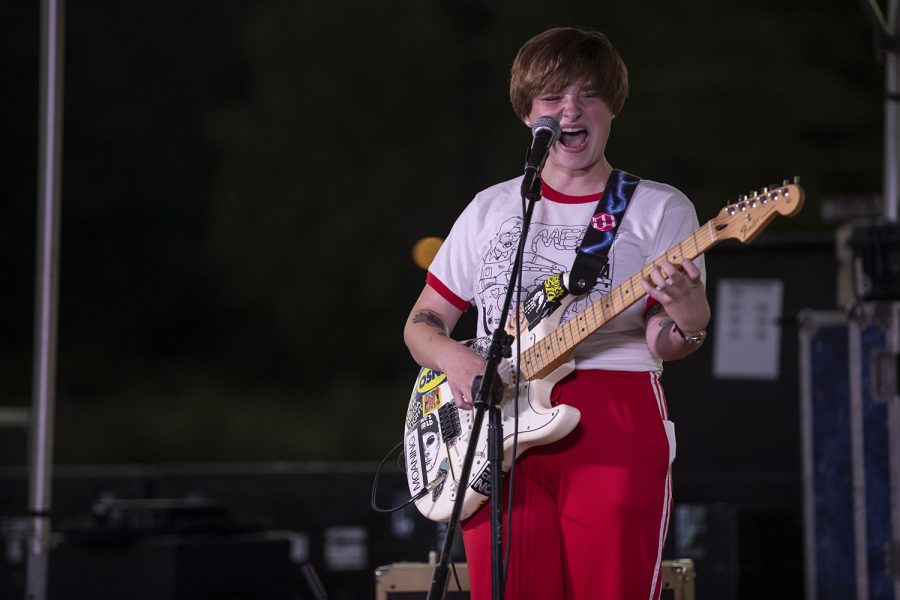 Dog Dave performs during Battle of the Bands behind the IMU on Sept. 4, 2019. Five bands competed for various cash prizes.

Dog Dave successfully clinched the victory in the Battle of the Bands, having kicked off their set with vocalist Adelina Reels shredding her vocals in a gritty and lively cover of “Helter Skelter.” She then slid seamlessly into another energetic song with drummer John Quijas, clad in a flaming button up shirt reminiscent of Guy Fieri.

Reels described their sound as a mix of folk and grunge, with influences ranging from Bully, Brandi Carlile, and Courtney Barnett.

Originally starting as a four-member band last winter, the duo now performs together and has played at local venues like Gabe’s and the Mill, with a show coming up at Yacht Club on Nov. 14.

“I guess when I initially write a song, with lyrics I kind of sit down with an acoustic and try to figure it out thematically and word wise,” Reels said. “Then we kind of work on it together to get a good beat down and maybe, like, get some pointers off each other for time changes or escalations and whatever.”

With their prize money, Reels said they’re likely going to buy new equipment, whereas Quijas joked he would invest it in Bitcoin.