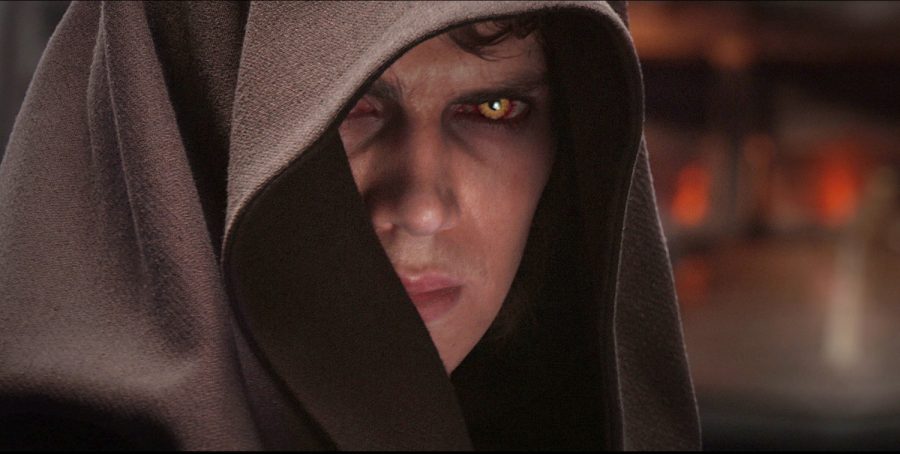 KRT WHAT'S NEXT STORY SLUGGED: TRIVIA KRT HANDOUT PHOTOGRAPH (May 10) Anakin Skywalker (Hayden Christensen) turns to the dark side of the Force in "Star Wars: Episode III Revenge of the Sith." (jt) 2005

Point-Counterpoint: Are prequels worth the watch?

Two DI reporters weigh the pros and cons of prequels.

Prequels give important context to TV and films

“Prequel” — it can be a cash grab, or it can be a dive into the backstory of a popular main character, never spoke about before. But looking through the bad examples and rage-filled internet commenting fans, the style of storytelling can give viewers a chance to see another side of the fictional world. A world that will now become deeper and more revealing now that we have more fictional historical context.

“Breaking Bad” is one of the most popular TV stories of all time. I myself consider it to be one of my favorite stories I have ever seen. With that being said, when they announced a “Breaking Bad” prequel series following the rise of shady Albuquerque lawyer Saul Goodman, I was less than pleased. “Better Call Saul” seemed needless. Why would I care about watching hours about this side character’s backstory? I only wanted more Walter and Jesse. But a funny thing happened. It was good. I liked it. Critics liked it. Fans liked it. Suddenly, my favorite show had become that much better because now, I saw what led Saul Goodman and Mike Ehrmantraut to their connection with the meth cook.

But the wall of worthy prequels doesn’t end there. <i>Red Dead Redemption 2</i> is a more recent  example of taking a beloved story from a video game and showing the world before that tale. The <i>Godfather Part II</i> is the original prequel (though it’‘s also a sequel) done right, with a story following the rise of the infamous mob boss, Vito Corleone. This shows the human journey of a boy from Sicily working his way up the crime food chain in New York City.

Writing about a world that already exists in the minds of many is easy. There are many terrible fan-fiction stories on the internet about “Star Trek,” <i>Star Wars</i>, and countless more. But when a show wants to tell a story about this world, one that will show something that wasn’t in the original material, is the core of a prequel. The dream is to make this jump in time feel so natural it’s hard to ever imagine the full story without it.

Prequels, more often than not, exist only as a method to make more money off something that was already successful without it.

Movies such as <i>Oz the Great</i> and <i>Powerful</i>, <i>X-Men Origins: Wolverine</i>, and <i>Annabelle: Creation</i> all rode on the coattails of successful movies and ultimately let them down. Usually, prequels don’t end up getting all the information right, as with <i>Annabelle: Creation</i> when the creators didn’t pull from any of the real-life events associated with the doll.

They can also leave the audience with more questions than they answered. One prime example is the <i>Star Wars</i> prequels, Episodes I through III. The information in the prequels often clashed with the original trilogy and brought up new things that could never be answered, because the future of the story was already set in stone.

Suzanne Collins, the author of <i>The Hunger Games</i> trilogy, recently announced she will release a prequel to the internationally known series in 2020. She is already in talks with Lionsgate about making a movie based on the book, according to BBC News.

<i>The Hunger Games</i> films have earned nearly $3 billion at the worldwide box office, so it makes sense that the company would want to jump on the prequel as soon as possible. But with almost no information about the yet-unnamed novel out, how would they know that this is a worthwhile venture? The short answer: It will make money.

Hopefully, this prequel will live up to the original trilogy, which I really enjoy. But my hopes aren’t high.

The whole point of a prequel, in my mind, is to answer questions and feature new stories that the audience didn’t get to experience with the original works. It’s a tossup with every prequel that comes out whether they will meet that goal, and most of the time, they fall short.