What to see at Mission Creek

Not sure what to see at Mission Creek next week? Use our flowchart to pick the option best for you.

Iowa City band Good Morning Midnight, an indie-rock crew with a moody, ’90s grunge sadness, is set to open for headliners Jay Som and Mitski, who provide the soft, feminine vocals and dreamy soundscapes that will fill the Englert with groove and feeling Friday evening.

Jenny Lewis, fresh off her new album release, On the Line, brings distinct vocals and genre-bending tunes to pair with the Watson Twins’ alt-country sound — reminiscent of the Dixie Chicks. The three women will play the Englert on Tuesday evening.

Hailing from Colorado, indie trio Nadalands is set to open for local songwriter Elizabeth Moen, who celebrated her latest album release at the Englert this past fall, and Americana artist Hurray for the Riff Raff. The show is sure to deliver raw vocals, authenticity, and a range of sounds from nearly country to bluesy, jazzy songs.

Iowa City locals Dana T and Younger are teaming up with New York-based Guerilla Toss for what is set to be a show defined by fun, high energy. With Dana T’s powerfully odd funky rock, Younger’s upbeat feel, and Guerilla Toss’s synth madness, the Thursday night show is set to be a wild one.

Rapper and producer Kweku Collins, drummer and electronic wizard Mark Guilana, and electro-jazz artist Jack Lion are set to play Gabe’s on Friday night, bringing an electric soundscape for listeners to get lost in.

John Moreland will bring his soulful, country crooning accompanied by Ryan Joseph Anderson to the Mill on Sunday night. Moreland’s voice has a quality to it that brings tears to listeners’ eyes, and Anderson’s simple Americana vocals carry a raw honesty to them to make the set at the Mill chock-full of country-inspired ups and downs.

Visual artist, poet, and musician Moor Mother is set to create a multifaceted experience at the Yacht Club Saturday night following the experimental pop/rock outfit that is DC-based band Mock Identity. The result? A set bound to be interesting, intense, and a journey.

Friday programming of Mission Creek offers ample opportunity for the public to listen to authors read from their works at a variety of locations throughout the UNESCO City of Literature.

Big Grove will host an afternoon of music, free to the public, featuring bands and musicians  Flash in a Pan, Jonathan Timm Band, Mercy Bell, Becca Mancari, Middle Western, and Lilly Hiatt. The afternoon will encompass a variety of genres, from bluegrass-inspired to indie-rock influenced. 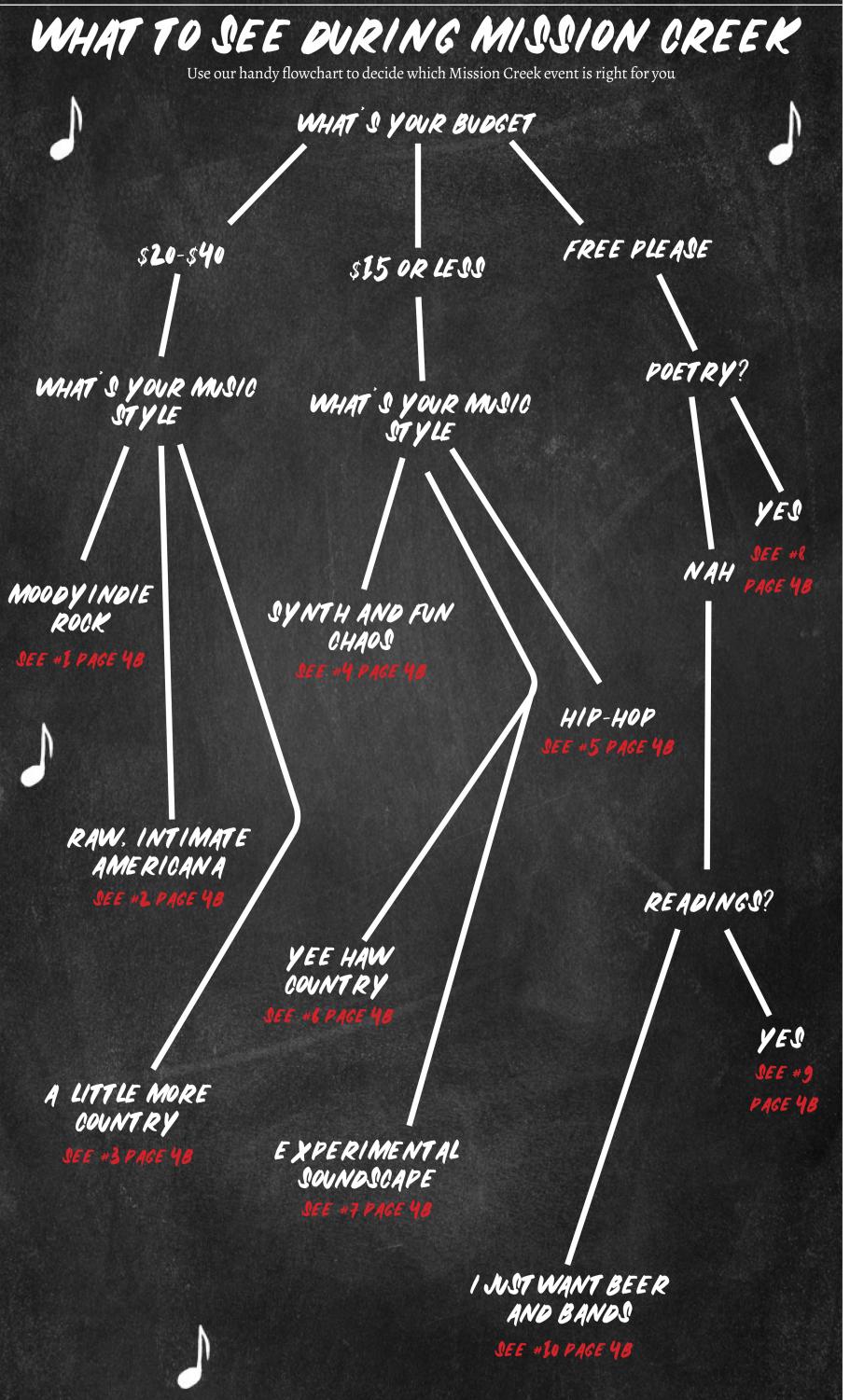