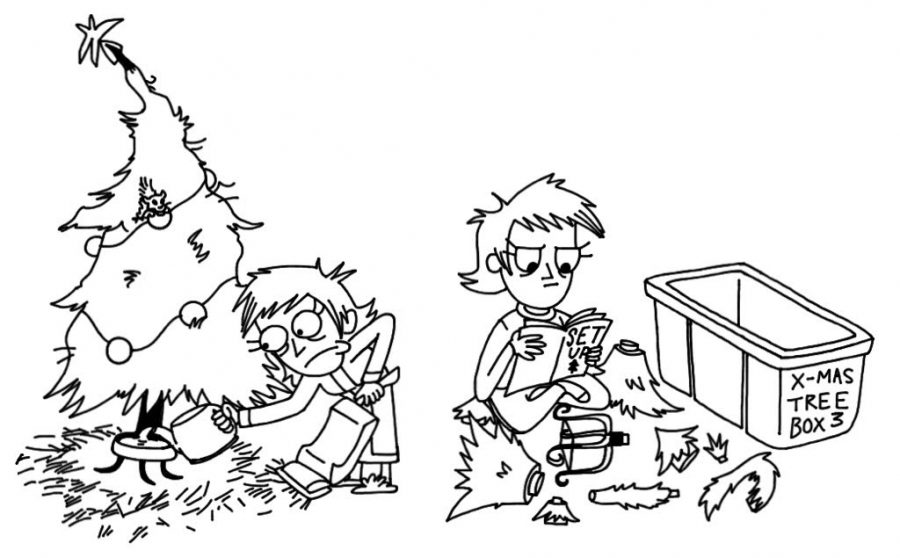 Point-counterpoint: Does the Christmas tree have to be real?

Two columnists debate if a Christmas tree has to be real or not.

Get whatever kind of Christmas tree you want

As Christmas approaches, families and friends are setting up their decorations to spur holiday cheer during the cold month of December (cold at least in the northern climes). A question that frequently surfaces this time of year is whether it’s better to get a real Christmas tree or a fake one.

The answer: It doesn’t really matter.

Environmentally, one choice is not better than the other. Cutting down trees is not always bad for the environment. In fact, the Christmas-tree industry is huge and is treated much like farming in the United States, in which the trees are often grown as crops. Every time a tree is cut down, a new one is planted in its place. So, the trees are renewable.

In fact, growing the tree is better for the environment, because it cleans the air and provides watersheds and habitats for wildlife, according to the New York Times. The trees are also not cut down from forests on a large scale, and Iowa has an average of around 100 tree farms, according to the Iowa Department of Agriculture and Land Stewardship.

A fake tree is also great for the environment if you plan on keeping it for more than five years; 80 percent of Americans display fake Christmas trees in their residences, according to a survey for the American Christmas Tree Association. PVC (polymerizing vinyl chloride) and steel serve as the main ingredients that go into making Christmas trees, and they often end up in a landfill. However, the American Christmas Tree Association reports if people keep their trees for more than five years, then waste is reduced — landfills haven’t had to worry about increasing greenhouse-gas emissions and water and energy use when disposing of real trees.

Both are also good for the economy, so pick your fighter, because the only Christmas tree you should put up this year is the one you want.

A family sitting in the living room, “It’s a Charlie Brown Christmas” is on, and they’re all enjoying hot chocolate on Christmas Eve. Charlie and his friends find a little, living tree, and make it beautiful, make it their own for Christmas, even though it’s not big and fancy, like some of the fake trees they’ve looked at.

What a sweet show, the family might think. And then they look at their own tree. It’s plastic. It was pre-decorated. There was no time spent decorating it, just time spent assembling it.

I can think of many times as a child, my family and I the day after Thanksgiving would go to the Christmas tree farm, and we’d pick out a tree and cut it down. We’d bring it home, stand it up, and pull out the decorations. Christmas music would play. We’d spend time together as a family.

Living Christmas trees are not about the season, they’re about spending time with family. With this season turning plastic, let at least one thing remain: the time spent with those we love, even if it’s just to decorate a little old Christmas tree.