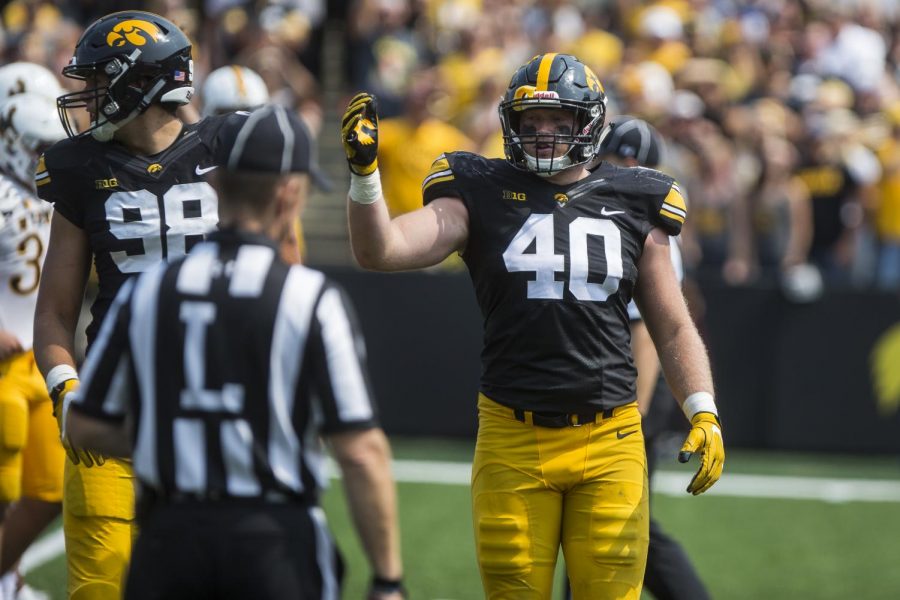 Parker Hesse makes headlines because of his work on the field, but his focus is on the people around him and putting stock into those relationships.

Standing in a classroom on a Monday in May after finals week, Parker Hesse was instructed to introduce himself using five photos. One of those photos, of course, was of Iowa football.

He began the summary of who he is with a testament strong and true to his character, a disclaimer that he’s been honored with the opportunity to play football — something he usually doesn’t like telling classes — but that it doesn’t affect his workmanship off the field.

The class, a field-experience opportunity with the Iowa Wild in Des Moines that was an opportunity to gain real-world knowledge of the sports industry alongside peers, was something much different from any regular class.

“Just anytime you get in a situation like classes like that, there are people who do a lot of things better than I do, so I don’t think just because I have the opportunity to play football — I just look at it like anyone I meet I have something I can learn from them, so I kind of like to have that approach when I’m walking down the street or going to class,” Parker Hesse said.

As a high-school quarterback turned Iowa defensive end, his name doesn’t always make headlines. What he does on the field, while it has proved vital for the team so far this season with the success of the entire line, doesn’t compare to his accomplishments in life.

He earned his undergraduate degree in the spring of 2017 and is on track to complete his master’s in sport and recreation management, all while earning numerous Big Ten and CoSIDA academic awards.

In 2017, he also earned the team hustle award for defense. This year, defensive linemen Anthony Nelson and A.J. Epenesa have taken over the spotlight, but Hesse’s influence on them is clear.

“Parker had been a big role model for me with his attitude for the game, and how to practice, and how to play,” Epenesa said. “His heart is bigger than anyone else’s; he goes out there and works hard. I’m proud to be able to be his teammate and his brother on the field.”

Learning and creating relationships with people drew Parker Hesse further into a life of football.

As a kid, all three of the Hesse brothers spent any and every season outside, playing one of the eight to 10 football games they had created on their own. In the fall, they watched football together and headed outside at halftime.

“[Football] was just a big part of our lives,” said Peyton Hesse, Parker Hesse’s younger brother. “We had probably scored 100 touchdowns [in our backyard] for every touchdown we’ve scored in a real game, just because that’s what we did, and that’s what we envisioned ourselves doing.”

In the small town of Waukon, Iowa, growing up meant spending the same school years with the same people.

We had probably scored 100 touchdowns [in our backyard] for every touchdown we’ve scored in a real game, just because that’s what we did, and that’s what we envisioned ourselves doing.”

When Parker Hesse moved on to high school, his passion for football developed into something more because of how it allowed him to connect with those he was closest with. 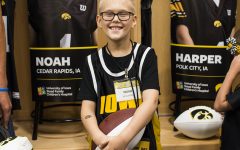 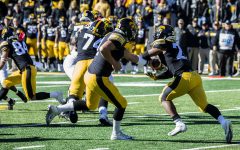 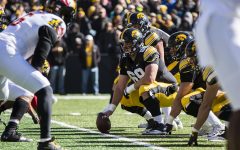 “That’s one thing [Waukon’s] program does a good job of [is] focusing on taking care of your job for the guy next to you,” Parker Hesse said. “I think that’s something that allowed football to be really fun for me. I got to focus on the relationships and doing it alongside people that I grew up with and I enjoyed being around.”

Even before he became a star in high school, he was someone Peyton Hesse looked up to, and no matter what he does on the field, his work in life will always matter more.

“As good of a player on the field as he is, he’s 10 times a better person off the field,” Peyton Hesse said.

Peyton Hesse said Parker Hesse’s personality is one that draws people to him, and that sets him up as a natural-born leader.

During his high-school football career, his leadership began to grow in a small way — by just showing up, doing work, and leading by example.

“Anytime you can reach out to different people, you’ve got a chance to be a leader, not just to advance yourself but to advance your team, and Parker’s ability to do that has served him well,” said Chad Beerman, Parker Hesse’s high-school football coach.

His senior year, the Waukon football team made it to the state championship game. After losing by a field goal, Parker Hesse took the loss upon himself despite having the game of his life.

He threw for 223 yards and 3 touchdowns, while also collecting 87 rushing yards for 1 touchdown.

Parker Hesse’s current roommate, Sam Brincks, was on the other end of that state championship game. The two made the transition to Iowa together, and their friendship has grown through football.

“He cares a lot about his friends and his family, and he has his priorities straight, and that’s pretty refreshing this day and age,” Brincks said.

Hesse’s personality and the way he lives his life has — in major part — been crafted through football and the man he credits with giving him the opportunity to wear the Tigerhawk: head coach Kirk Ferentz.

“It starts with Coach Ferentz’s character and integrity,” Hesse said. “It’s kind of molded me throughout my college age — that’s the way I go through my school work or try to handle my personal life, and the connections I’ve made here and the habits I’ve formed are going to carry me through the rest of my life.”

Hesse’s performance throughout his career has proved to the coaching staff as well as his teammates how vital he is to the program.

On Oct. 20 against Maryland, he nailed 2 solo tackles and assisted on 3 more, including a sack for a loss of 7.

Yeah, I can’t say enough about Parker. Everything he does is just quality and first class.”

“Yeah, I can’t say enough about Parker. Everything he does is just quality and first class,” Ferentz said. “He’s an unbelievable leader in the strength and conditioning program and just a guy everybody in our program looks up to. He is really kind of the epicenter of our football team.”

Now, in his final season in an Iowa football uniform and close to finishing school, he’s uncertain about his future.

He wants to pursue his football career as far as it will take him, and his family hopes he gets the chance to play in the NFL.

Despite all the things happening in his life, he hasn’t given up on putting stock into the bonds he made all those years ago in his backyard playing football.

“He’s about the best big brother that me and my littler brother could ask for,” Peyton Hesse said. “He’s still wondering how we’re doing, and doing in school, and stuff like that. So even though he’s got bigger fish to fry, he still cares about us and makes sure he’s being a good big brother.” 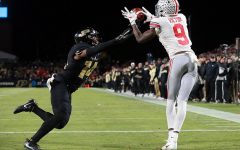 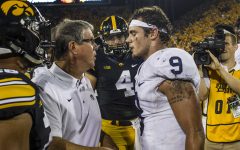 By the numbers: Penn State 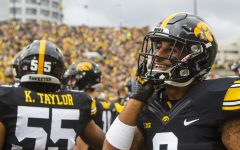