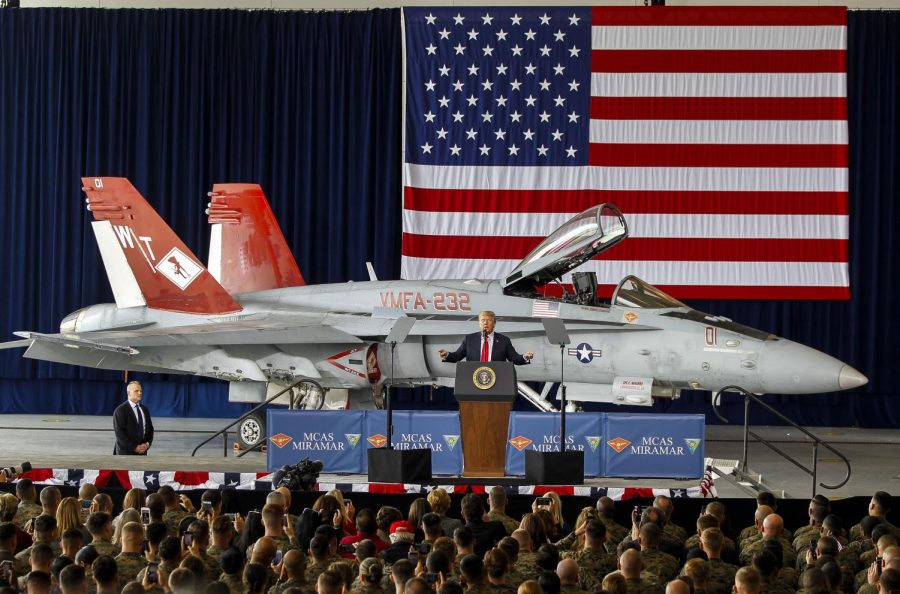 Point-Counterpoint: Is Space Force worth it?

After President Trump announced his Space Force idea, many have debated whether or not a Space Force would actually be beneficial to have. Two DI columnists weigh the pros and cons.

Space Force could be beneficial

On June 18, President Donald Trump signed a directive to the U.S. Defense Department to begin the establishment of the U.S. Space Force, what he called the “sixth branch of the Armed Forces.”

When Trump announced the creation of the Space Force, I will admit, I was a bit shocked. For me, I felt as though it was the first major military action in space by the U.S. government since the 1980s, with President Ronald Reagan’s “Star Wars” initiative. In a fact sheet issued by the White House on Aug. 9, we got a little better look at what exactly this new branch of the military would do, how it would be set up, and why it was necessary.

According to the fact sheet, national-security and space experts will begin building the new branch, focused on searching for and developing new technologies that intertwine these two fields. The branch would also immediately establish a “Space Command,” focused on understanding and planning “space war-fighting.”

That seemed simple enough to me. My last question was, “Why?” That was answered by Vice President Mike Pence in a speech on Aug. 9 at the Pentagon. He spoke about Russia’s and China’s developments in space destruction, especially on satellites and U.S. space equipment to demonstrate that space has moved from being peaceful to being far less than pleasant.

This was expanded upon in the fact sheet, which says, “The director of National Intelligence has warned that multiple countries, including Russia and China, are developing both destructive and nondestructive anti-satellite weapons that could come online within a few years.”

So while some may think it is a bit odd, or perhaps unnecessary, we should all probably take a second look at the Space Force. While space used to be considered the “Final Frontier,” it is becoming more easily accessible, not just by the United States but by major nations across the world, and we must show that we are prepared for rapid expansion and potential threats in space.

Space Force: A bunch of baloney

President Trump’s incantation for the U.S. to create a Space Force is politically enticing yet logically uncalled for. According to senior White House officials, starting a Space Force is not a new idea.

What is new is all of the press coverage that Trump’s talk of a Space Force has generated. In fact, just last year Congress considered a bill that would have created a Space Corps to be housed in the Air Force. Fortunately, the bill never gained much traction because, as it turns out, experts believe a Space Force is not really needed.

Yes, a Space Force does sound cool. But in all actuality, talk of creating a Space Force is a political stunt to rally the Trump base similar to his much-maligned border wall and military-parade ideas.

The branches of the military are functional. Each branch does its part to protect and serve the nation. Thus, each branch is necessary.

Space Force on the other hand, is unnecessary. As far as we know, there are no extraterrestrial threats that necessitate a military presence. In concert, NASA and other world aerospace enterprises are perfectly capable of monitoring space. There is no need for the U.S. to devote precious resources for a nonexistent threat. Just because it sounds cool doesn’t mean we should divest billions of dollars from other more pertinent parts of the already strapped U.S. budget.

Better yet, as famed astrophysicist Neil deGrasse Tyson recently tweeted, “What we need most is a Truth Force — one that defends against all enemies of accurate information, both foreign & domestic.”