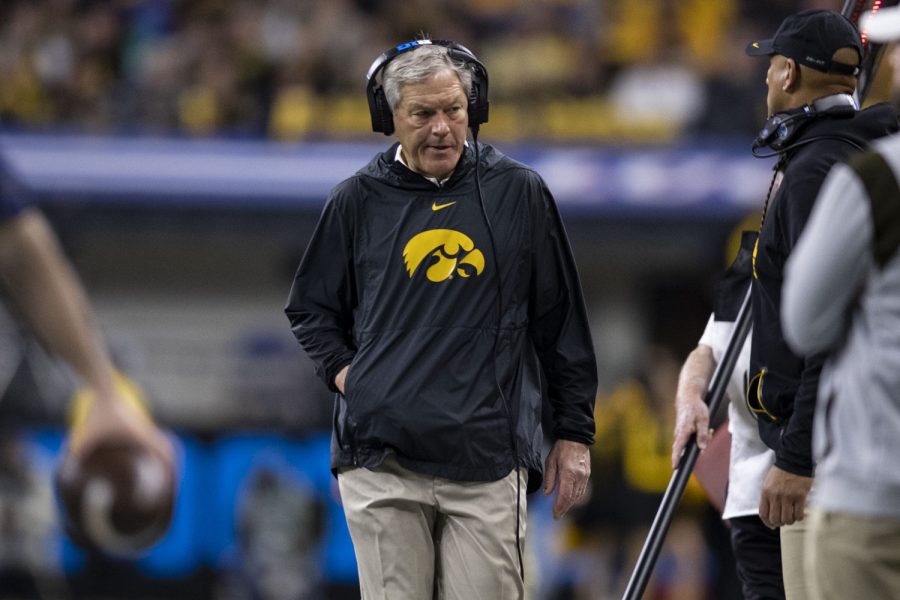 Iowa head coach Kirk Ferentz walks down the sideline during the Big Ten Championship game between No. 13 Iowa and No. 2 Michigan at Lucas Oil Stadium in Indianapolis, Indiana, on Saturday, Dec. 4, 2021. The Wolverines became Big Ten Champions after defeating the Hawkeyes, 42-3.

The Hawkeyes didn’t play in the postseason last year because of the cancellation of the Music City Bowl.

Black banners celebrating the bowl games the Hawkeye football program has participated in over the years cover the walls and overlook the turf field in Iowa’s indoor practice facility. The year of the game and the name of the bowl are displayed on the banners in white and gold lettering. The term “Champions” is added for the games the Hawkeyes won.

The newest addition to this collection commemorates a game that the Hawkeyes didn’t win. But they didn’t lose it, either.

Iowa earned a spot in the 2020 Music City Bowl, which was never played. Missouri, Iowa’s scheduled opponent in that game, was forced to pull out of the contest because of COVID-19 cases within its program. A year later, the Hawkeyes are adding another banner to their collection, and this time, it will represent a game the Hawkeyes will actually have the chance to win. Iowa is playing Kentucky in the Citrus Bowl on Jan. 1, providing the Hawkeyes with their first bowl game since 2019.

“I feel like any time we have the opportunity to go to a bowl game, it’s just a reflection on how we played during the season,” defensive back Dane Belton said. “Not being able to go to a bowl last year, you see the banner up there in our indoor [facility], and it doesn’t say champions even though we didn’t get to play in it. We want to go out there this year and get a banner that says champions, so we see that as extra motivation.”

The Hawkeyes have already participated in a game this postseason. Iowa lost to Michigan, 42-3, in the Big Ten Championship Game on Dec. 4.

A win in that game wouldn’t only have made the Hawkeyes Big Ten Champions, it would have sent them to the Rose Bowl. Instead, Iowa will play a bowl game in Orlando, Florida, for the first time since the 2005 Capital One Bowl. That game ended in an Iowa victory when former Hawkeye quarterback Drew Tate fired a last-second, game-winning 56-yard touchdown to Warren Holloway against LSU, the defending national champions who were, at the time, coached by Nick Saban.

That win in Orlando nearly two decades ago provided Iowa with its 10th win of that season.

Beating Kentucky on New Year’s Day would make this year’s Iowa team the fourth in school history to reach 11 wins.

“It’s going to mean a lot,” said Iowa center Tyler Linderbaum, this year’s Rimington Award winner. “It’s not going to be easy, that’s for sure. Obviously, 11-3 sounds a lot better than 10-4. That’s going to be our goal. It doesn’t happen often around here, 11 wins in this program. Our team’s been through a lot this year. To get that 11th win is going to mean a lot to us. We’re going to have to work hard and prepare our butts off for this game.”

Iowa is 6-5 against current SEC teams in bowl games but have never faced Kentucky. The Hawkeyes are very familiar with the Wildcats’ coach, though.

Mark Stoops played defensive back at Iowa under Hayden Fry in the late 1980s before becoming a graduate assistant on the Hawkeye coaching staff. For the last nine years, Stoops has led the Wildcats. Stoops is one victory away from his second 10-win season at Kentucky. The first of which came in 2018, a season that ended with the Wildcats winning the Citrus Bowl.

The Hawkeyes will do their best to prevent one of their alums from doing that again.

“To have a bowl opportunity, it’s really exciting,” Ferentz, who would tie Joe Paterno for most bowl wins as a Big Ten head coach (10) by beating Kentucky, said. “I’m just so proud of our team, the way they played this year, what they’ve been able to do, and how they’ve maximized their ability. To play in a bowl like the Citrus Bowl, it’s such a great reward for our players. Really happy for them to get this opportunity.”

Iowa is heading into the bowl game without Tyler Goodson, its leading rusher in each of the last three seasons. The junior announced on Dec. 10 that he was declaring for the NFL Draft and opting out of the Citrus Bowl. Iowa’s 123rd-ranked offense will be without its 1,000-yard rusher against Kentucky’s defense, which is allowing 22 points per game this season.

Kentucky and Iowa have both seen plenty of ups and downs since starting their respective seasons 6-0. The Hawkeyes reached as high as No. 2 in the Associated Press Poll, while the Wildcats climbed to No. 11.

From there, both teams suffered losing skids (two straight losses for Iowa, three for Kentucky) before winning out over the rest of the regular season. Iowa’s winning streak was snapped with its 39-point loss to Michigan. The Hawkeyes are coming off their worst loss since 1999 heading into the Citrus Bowl.

“Obviously, it was a disappointing night for us [against Michigan],” Ferentz said. “But the good news is right now we’ll put a good plan together, and more importantly, we’ve got a group that’s already proved this year how resilient they are. They’ve gotten back up off the turf a couple times already this year. I have full confidence we’ll do it again. We’ve got great leadership on this football team. They’re exceptional young guys.”

Ferentz noted that, after Iowa lost to Michigan State in the 2015 Big Ten title game, the Hawkeyes were physically, mentally, and emotionally drained going into the 2016 Rose Bowl, a game in which Iowa lost 45-16. That’s something Ferentz has been mindful of as he’s preparing his team for the Citrus Bowl.

The Hawkeyes returned to team activities on Dec. 7 after finding out their bowl destination on Dec. 5. That morning, Iowa had a brief meeting and a light workout consisting mostly of stretching. The Hawkeyes have lifted periodically since then, but finals week will be another light week as far as game preparation for players, Ferentz said.

Once the semester ends, Iowa will dive deeper into its game plan for Kentucky. Iowa will have 15 practices to get ready for the Wildcats.

And the Hawkeyes don’t plan on wasting any one of them.

Iowa was pummeled the last time they were on the field. Ferentz’s 24-hour rule is still in effect, so the Hawkeyes aren’t supposed to dwell on a loss for longer than the day after the game. But, unlike a regular week, Iowa didn’t get a chance to immediately play a game after losing to Michigan. Instead, the 2021 Hawkeyes will have waited almost a month by the time they get to play their last game together.

Only the Wildcats stand in the way of going out with a win. 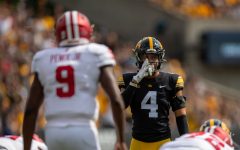 Citrus Bowl a homecoming for Iowa defensive back Dane Belton 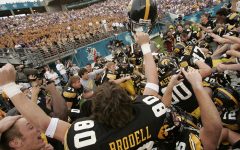 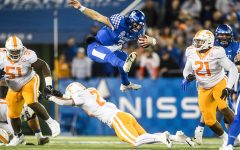