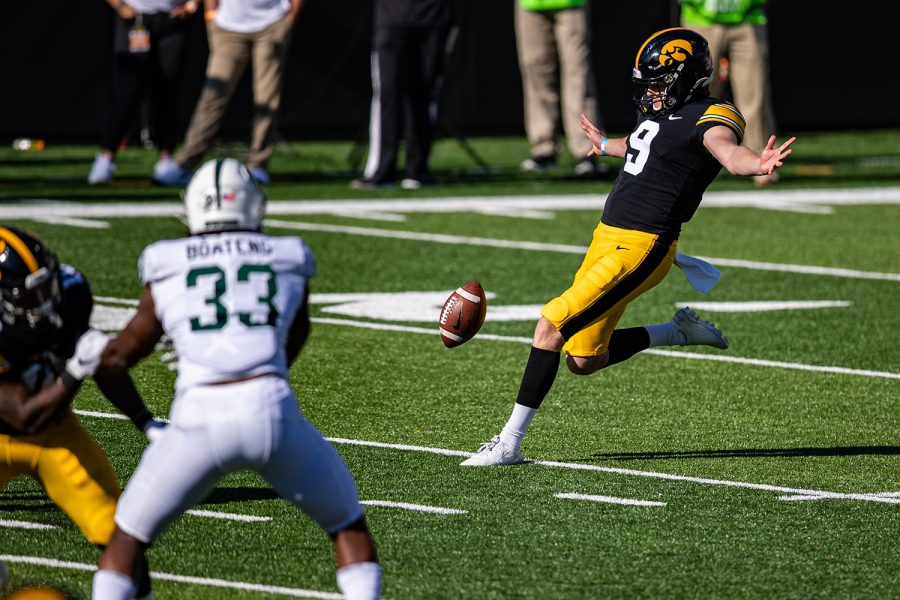 In the history of college football, I’d wager to say that there aren’t too many punters that have garnered Heisman Trophy buzz.

No, Iowa’s Tory Taylor hasn’t received Heisman Trophy attention on a national level. Locally, however, Taylor’s play has led to MVP chants during Hawkeye football games. Some Iowa fanatics have even shouted things like, “Get that man a Heisman” or, “He’ll be Iowa’s first Heisman Trophy winner since Nile Kinnick” during games.

Taylor probably isn’t a real Heisman Trophy contender, but it is reasonable to think that he could win the Ray Guy Award, which is given annually to the nation’s best collegiate punter.

Taylor has already punted the ball inside the opponent 20-yard line 20 times this season. Fifty percent of Taylor’s punts have been downed inside the enemy 20-yard line.

The 6-foot-4, 231-pound Australian has even kicked a whopping six punts inside the opponent 12-yard line. He’s punted the ball inside the opposition’s 3-yard line on three occasions too.

Taylor can also boot the ball with a great deal of power, when needed. Taylor has punted the ball as far as 69 yards this season. Iowa’s defense has scored three touchdowns this season thanks, in part, to the tough field position Taylor has put opposing offenses in.

Taylor has consistently forced opposing quarterbacks to throw passes against the Hawkeyes’ defense from their own end zone this season. As a result, Iowa’s defense currently leads the nation with 16 interceptions in just six games.

Game in and game out, Iowa wins the field position battle because of Taylor. And it’s no stretch to say that Taylor deserves a lot of credit for Iowa’s success on the defensive side of the ball.