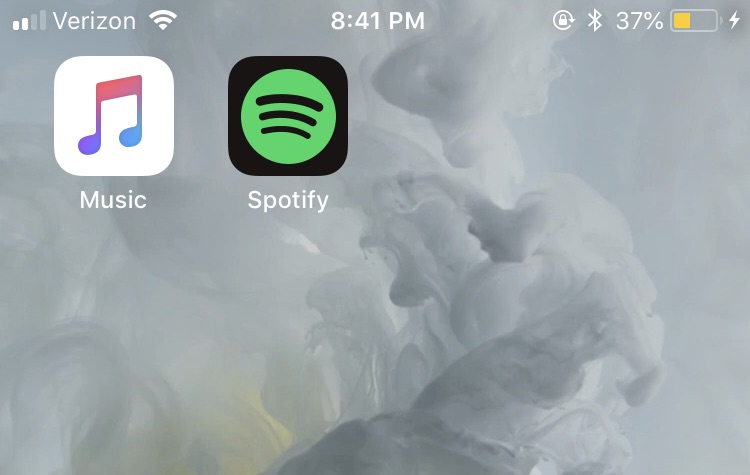 Two columnists debate over if Apple Music or Spotify is the superior music streaming service.

Spotify is a blessing to college students

Subscribers in comparison with Apple Music’s 40 million. It’s clear that while both these streaming services dominate the music industry, Spotify is more in demand and is the reigning champion in providing quality music to people around the globe.

For college students, Spotify Premium offers a deal that won’t break their bank accounts. The $4.99 per month deal gives students unlimited access to play any song, download it, listen without ads, and have unlimited skips. On top of that, there’s the added bonus of the television- and movie-streaming services Hulu and Showtime that have partnered with Spotify.

Now, some may argue Apple Music is better because of the high-level exclusive releases from their favorite artists, but those exclusives come at a price. Apple Music doesn’t offer a free tier like Spotify, which is why Apple Music scores all those exclusives. For those who cannot afford a subscription, Spotify still offers users to stream songs for free with ads.

Spotify is also highly customized and caters to each user, preparing playlists and radios that align with your music interests and taste with “Release Radar,” “Discover Weekly,” “Daily Mix” playlists, and more. There’s even a special feature with Secret Genius that allows users to read fun facts about the song or artist and read lyrics, too.

Spotify is also highly interactive, allowing users to create, share, and follow playlists from anyone while following other users, such as their friends, to see what they’re listening to.

In a world where on-demand entertainment has become key to getting through the day, Spotify offers students everything they could ever want for a price that would leave most adults simmering in envy.

Apple Music is the best for streaming music

When it comes to the debate between Apple Music and Spotify, it’s a close neck-and-neck race, but at the end of the day, as an iPhone user, Apple Music gets my membership.

Apple Music is the superior streaming service for many reasons. One being, as part of the Apple brand, it definitely has the funds and global support to be easy to use and offer a wide selection of tunes. Apple Music has 40 million songs streaming on its service — 10 million more than Spotify — and is supported in 110 countries compared to Spotify’s 60.

Also, a membership gives the user personalized playlists based on the user’s history. An often-overlooked bonus that comes with this membership is the Apple Music Beats 1 Radio that is included. This station plays new music and interviews both up-and-coming and famous artists.

Another clear benefit of Apple Music is the way it works with iOS and iTunes. This service lets the member mix all purchased, uploaded, and Apple Music tunes into one big collection so users can listen to them seamlessly.

Another great way Apple Music works with iOS is how it interacts with Siri. Users can ask Siri to pull anything from Apple Music quickly by using their huge library of songs without ever having to open their phones. As a college student, the $4.99 student discount is also a great added bonus.

So, when asked which one is better for music streaming, my opinion is Apple Music is the best option for easily streaming music if you are an iPhone user.