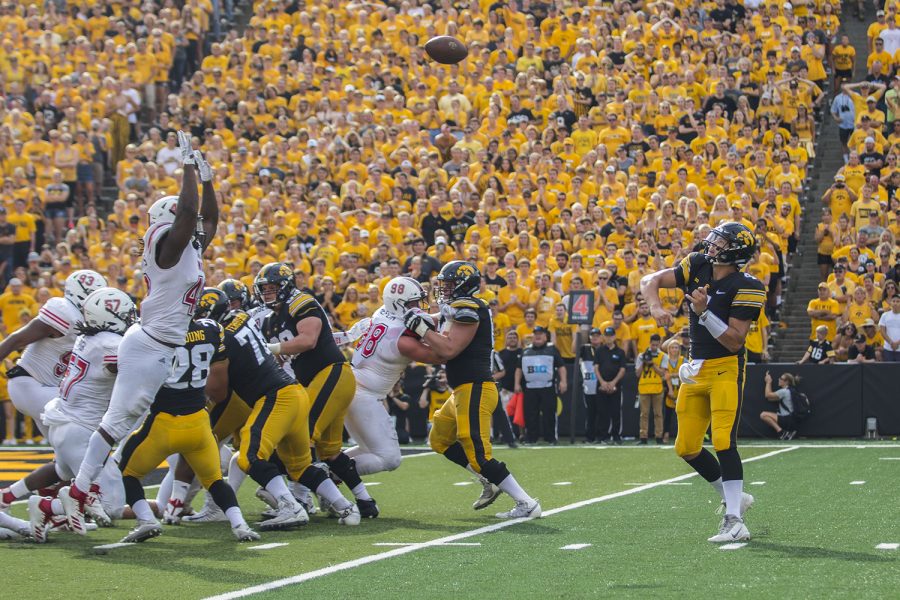 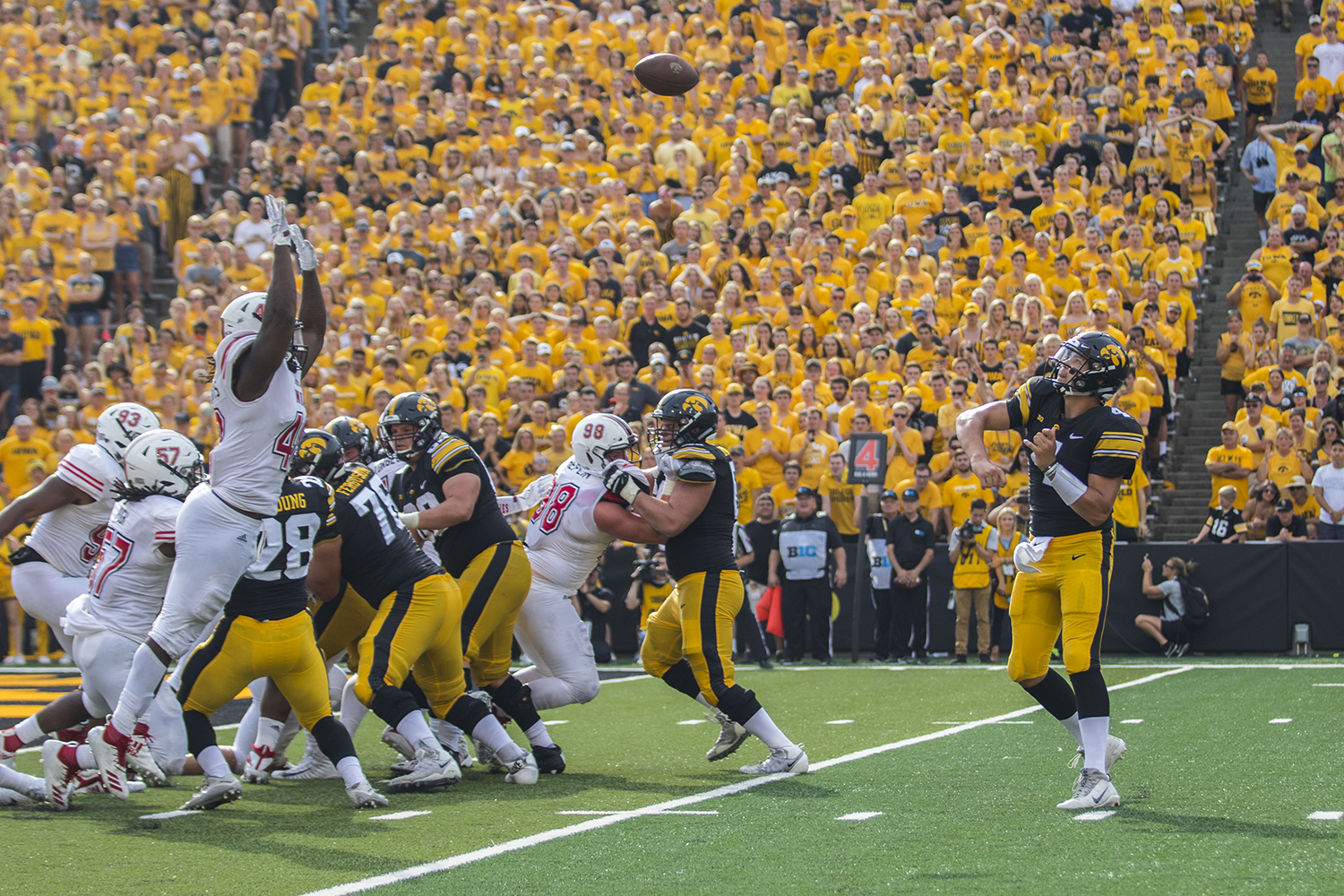 Iowa legend Chuck Long took the snaps as Iowa’s quarterback in 1985. A monster season gave him the single-season passing TD crown with 27 on the year.

This 33-year old record is about to be Nate Stanley’s.

Stanley could’ve been mistaken for Aaron Rodgers last week in his 6-touchdown performance against Indiana. Among his highlights was a rollout pass to T.J. Hockenson, with footwork that looked like vintage Rodgers.

With 10 touchdowns in the last two weeks against respectable defenses, the 12 touchdowns Stanley needs to grab the record are certainly achievable. This is especially true if he keeps up this impressive level of play.

Stanley has thrown more touchdowns in the last two weeks than the previous four weeks of the season combined. Momentum and confidence are clearly on his side. Also on his side are the defenses Stanley will face.

The receiving corps is definitely up to the task of helping Stanley get the record. The tight ends have had a dominant couple of weeks. In his 6-touchdown performance against Indiana, Hockenson grabbed 2 touchdowns and Noah Fant took 1 to the house.

The Hawkeyes have been very successful as the passing game gets going. Stanley has also been fairly consistent, only throwing 1 interception Oct. 13.

For what it’s worth, the 1985 Hawkeye football team made a trip to the Rose Bowl and finished the season ranked in the AP Top 10. If Stanley keeps the offense rolling, who’s to say this season would be any different for the Hawkeyes?

I would like to say yes, but I do not see much difference in Nate Stanley’s performance from last year. Last season, he came up short and he is bound to do the same this year.

Iowa will face some tough opponents such as Maryland, Northwestern, and Penn State in the coming weeks. The Terrapins and Nittany Lions are both in the top 50 for points scored against, which could dampen Iowa’s offense.

Iowa has a mix of offensive weapons and it may not always rely on Stanley’s arm for a touchdown.

The other games the Hawkeyes have coming up are Purdue, Illinois, and Nebraska, which people could consider easy games. This is where most people believe Stanley will score numerous touchdowns, but I don’t believe this to be the case.

Iowa tends to play with the same intensity as the other team, which means Stanley and the Hawkeye offense might not play to theirfull potential. If Stanley can stay energized, and keep the Iowa offense alive like last week, he should not have any problem beating the record.

There are only six games left in the regular season, and Stanley already has 15 touchdowns. He is definitely on the path to break the single-season touchdown record, but it all depends on how the offense plays in these last six games.

The only way I believe Stanley can beat it is if the Hawkeye offense stays healthy and energized for the next six weeks. If Iowa’s offense does not play to its potential in any of the games from this point forward, Stanley will not break the record.