Where to watch Iowa football take on Rutgers Saturday night

The Hawkeyes and Scarlet Knight will square off at SHI Stadium in Piscataway, New Jersey, at 6:10 p.m. Saturday night. The game will air on the Big Ten Network. 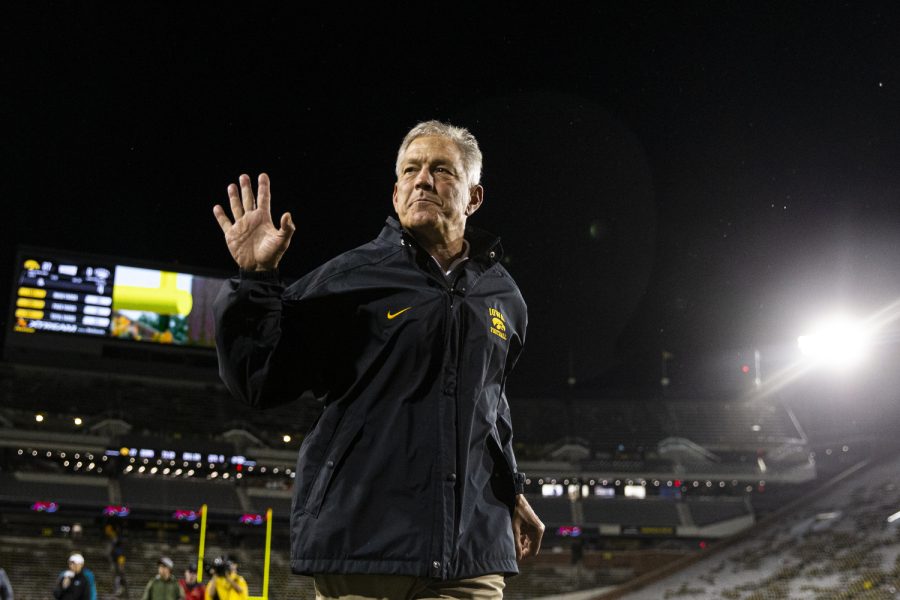 Iowa head coach Kirk Ferentz exits the field after a near seven hour football game between Iowa and Nevada at Kinnick Stadium in Iowa City on Saturday, Sept. 18, 2022. The Hawkeyes defeated the Wolfpack, 27-0.

Iowa football will kick off its slate of 2022 Big Ten Conference games Saturday night in Piscataway, New Jersey. The Hawkeyes will take on the 3-0 Rutgers Scarlet Knights at SHI Stadium at 6:10 p.m. The contest will air on the Big Ten Network.

Both teams will enter Saturday’s game with defenses ranked in the top 10 nationally. The Hawkeyes and Scarlet Knights are currently sixth and 10th in the country in total defense, respectively.

Iowa and Rutgers’ offenses have been struggling this season. The Hawkeyes rank last in the FBS in total offense. Three different Scarlet Knights have thrown passes in 2022. The number could increase to four should Noah Vedral appear in the game. Vedral, who has been Rutgers’ No. 1 QB for the last two years, has missed the first three weeks of this season with an undisclosed injury. Rutgers’ ranks 119th and 91st in passing and total offense, respectively.

Stories from this week’s Pregame: