The city of Iowa City has many composting services available, but apartment complexes make it difficult for the tenants to participate. 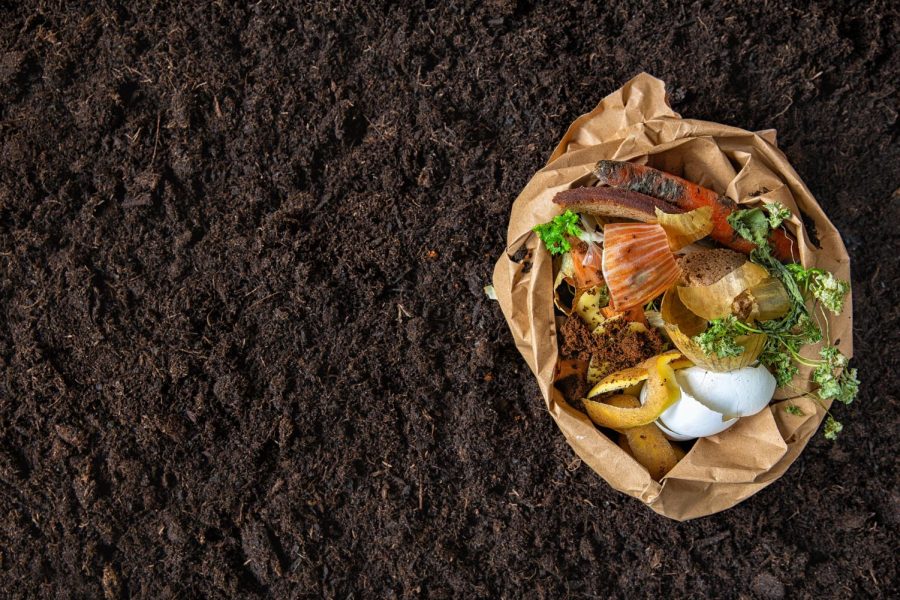 As the climate crisis intensifies by the day, many have tried to find ways to live greener.

One impactful way to promote sustainability in your community is composting.

Composting is the process of separating trash that goes to the landfill from your leftover food scraps, such as fruit and vegetable remains, tea leaves, egg shells, and more. These remains are treated and then reutilized as fertilizer.

When items that can be composted are put into landfills, they release greenhouse gasses such as methane. Greenhouse gasses contribute to the overall warming of the planet. In 2019, the U.S. released 6.6 billion metric tons of greenhouse gasses, according to the Center for Climate and Energy Solutions.

But when these materials are composted, the amount of greenhouse gasses that are released are greatly reduced. Additionally, using composted materials as fertilizers reduces the need for chemical fertilizers which can have many negative externalities.

Unfortunately, many apartment complexes in Iowa City do not have this method available for their tenants.

According to Iowa City regulations, all apartment complexes are required to provide their tenants with a means to recycle. In many situations, this is not the case.

Esmee Belzer is the co-president of the University of Iowa’s gardening club. She said her apartment falls into the percentage that fails to provide recycling services. Even after reporting this indiscretion, nothing has changed.

This is why the City of Iowa City needs to hold these apartments accountable. Apartment complexes not abiding by the rules and regulations need to be penalized to encourage positive environmental action.

Once the issue of recycling is resolved, this opens the door to seriously implement composting efforts.

Belzer also talks about how she would love to see a community compost initiative. This would mean that composting boxes are readily available to everyone, whether it is provided by the apartment or not. Having sites where people can drop off their compost would only heighten the chances that individuals would compost.

Many people might shy away from the idea of composting because they do not believe they have the time to sift through all their trash to find what’s compostable or not.

In reality, it takes little time to throw your compost scraps into a different bin, and it has major environmental benefits.

The UI itself has made some headway in terms of composting. Annually, the UI diverts 800,000 pounds of materials from landfills.

Three compost drop sites are located at UI residence halls in Catlett, Burge, and Hillcrest. The sites are available to all students at the university, not just the ones living in those dorms.

Composting is a win-win situation. For the general population, anything that can be done to help the earth is a win, as it is all our responsibility to care for it. For the City of Iowa City, they are able to sell the compost they collect after they turn it into fertilizer, which creates another source of revenue for the city.

There is no valid reason that this cannot be implemented in every residence in Iowa City.