Sen. Grassley on federal 15-week abortion ban: ‘this is a state issue’ 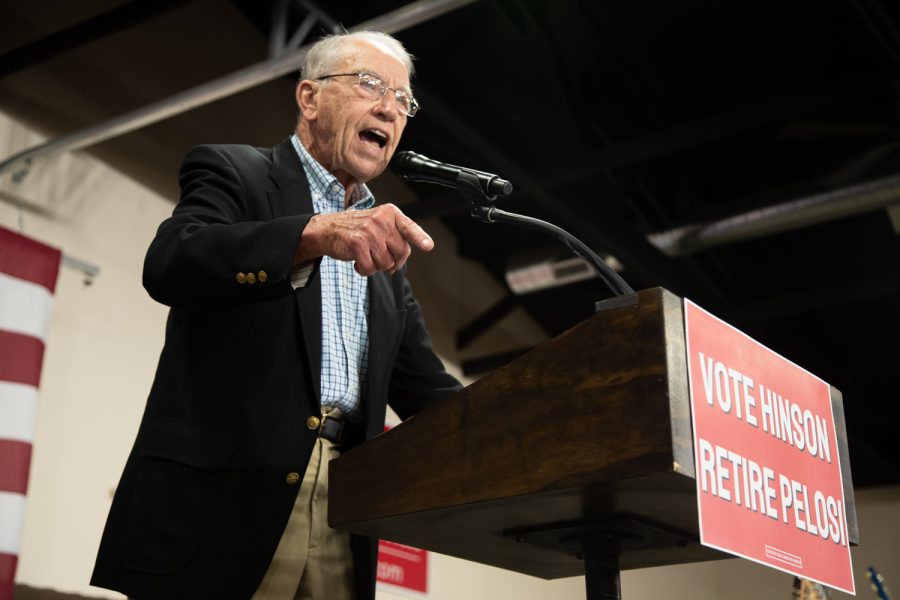 “Finally, after 50 years, this issue has been returned to the state so the voters can have a voice through their own elected representatives at the state level,” Grassley said when asked if he could see himself supporting the proposed ban during a virtual press conference on Wednesday.

Graham also previously made statements himself supporting the state’s power to regulate abortion rather than the federal government. When questioned at a press conference unveiling the proposal on Tuesday, Graham defended this national proposal by saying it was a response to Democrat’s efforts to nationally codify abortion rights.

The U.S. Supreme Court Dobbs v. Jackson decision, with a vote of 6-3, reversed the precedent set in Roe v. Wade, giving more power to the states to restrict or fully ban abortion.

Iowa currently allows abortion up to 20 weeks of pregnancy. Republicans in the legislature are working to amend the state’s constitution to say Iowa’s constitution does not provide a right to an abortion.

Grassley advocates for policies limiting abortion. He voted against the Democrat’s efforts to codify abortion rights and has an A+ rating on the Susan B. Anthony Pro-Life America scorecard. He played a key role in constructing the current conservative court. During two years of the Trump administration, Grassley served as the chairman of the Judiciary Committee and oversaw the confirmation of Supreme Court Justices Neil Gorsuch and Brett Kavanaugh.

Graham’s proposal comes as many congresspeople, including Grassley, face re-election in November. Grassley is projected to keep his seat in his race against Democrat Admiral Mike Franken. Polling from FiveThirtyEight shows Grassley with a 7.3 point lead as of Sept. 13.

Senate Minority Leader Mitch McConnell also expressed hesitancy in response to the proposed ban. “I think most of the members of my conference prefer that this be dealt with at the state level,” McConnell said in a press conference.