The Iowa City Parks and Recreation Commission will revisit the decision in a year during 2023 planning of the playground renovation at Happy Hollows Park. 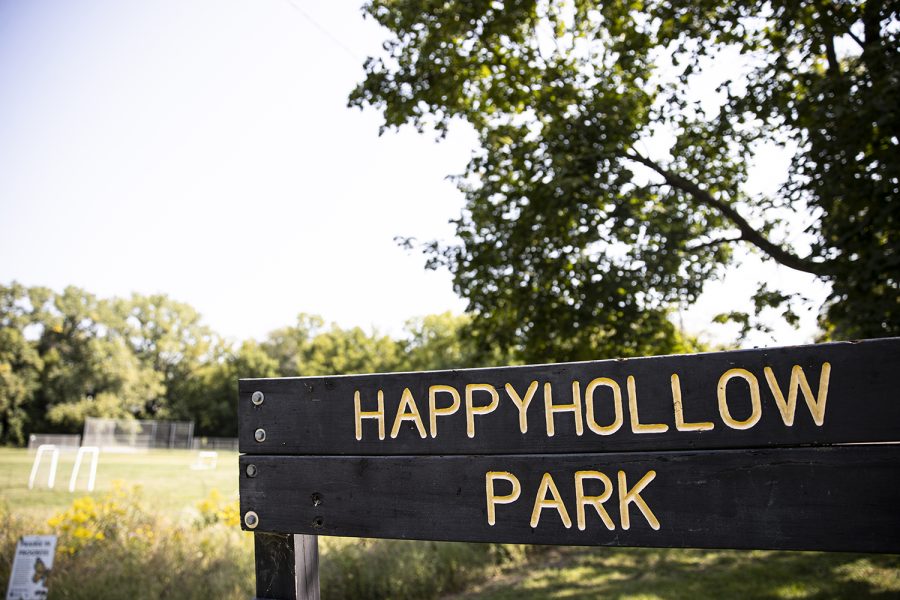 The Happy Hollow Park baseball diamond, on 800 Brown St., was grassed over 2019. The commission reconsidered a skinned baseball infield because of pre-existing renovation projects for the park.

“Because it’d be a standalone field, it made it difficult to maintain the regular baseball field,” Seydell Johnson said. “It’s much easier to do as a grass field.”

“The city’s regular occurrence as a way to calculate usage doesn’t capture the everyday use of the field. You will see a continued use of informal practice to organize organizations,” Clark said.

In a 2020 email to The Daily Iowan, Iowa City City Councilor John Thomas wrote that the community response to the field’s grassing was not positive.

In response to the discussion, a motion was set forth to table any further changes to the field until 2024.

“I think that decision best makes sense,” Brianna Wills, a member of the Parks and Recreation commission, said.

Happy Hollows Park is listed as a capital project on the city’s fiscal 2023 budget because of the proposed improvements to be made. Its estimated cost is $175,000 for the year 2024.

An update to the park’s facilities was scheduled in 2017 due to the playground equipment’s age and condition. The renovations are expected to last for 20 years upon completion.

Wills said it’s important to have a plan when renovating these parks.

“You go in there and do some kind of renovation and then a year later you renovate it again and you have to tear up the stuff you just renovated,” Wills said.