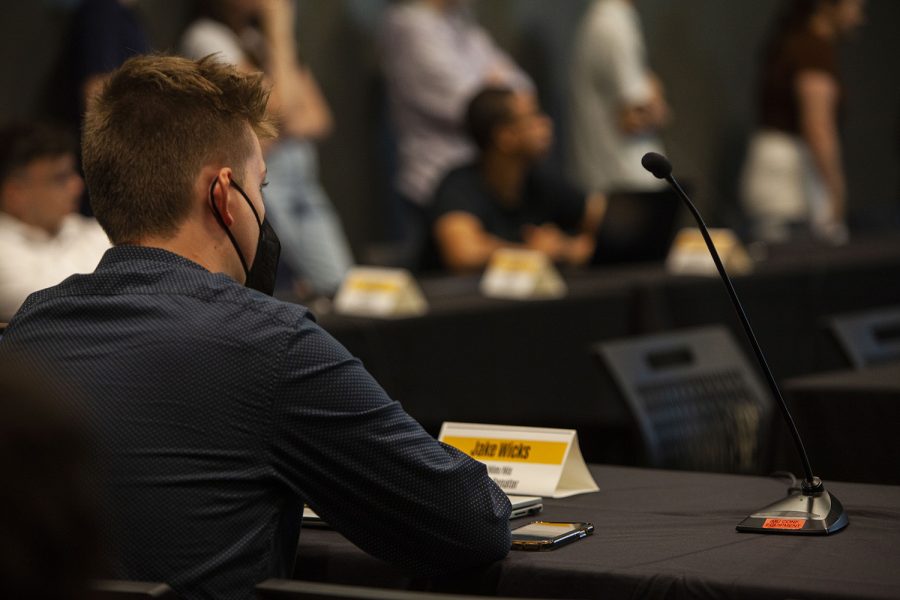 Jake Wicks listens to presentations at the Undergraduate Student Government’s meeting at the Iowa Memorial Union on Tuesday, Sept. 6, 2022.

The student governments both passed a resolution to continue and promote increased funding for food pantries on campus at a joint meeting on Sept. 13.

GPSG and USG have been working together to make the UI’s food pantries more well-known to the overall student body by promoting the food pantries’ services and successes.

GPSG Senator Nicole States, one of the authors of the resolution, urged her constituents to vote in favor of the resolution at the meeting, citing the UI’s recent success with its food pantries.

“Last year they distributed almost 100,000 pounds of food going to faculty, staff, and students across campus,” States said. “That is an increase of about 50 percent of their food distribution from the previous year.”

The UI’s food pantries are run by student volunteers, who work to promote awareness and provide resources for students struggling with food insecurity, States said.

UI President Barbara Wilson, who spoke at the joint meeting, said one of her goals for this academic year was to look into increasing the number of food pantries on campus.

“I was really happy to hear you talk about food aid and food pantries,” Wilson said. “We have two food pantries on campus. We probably need more.”