Author and professor emeritus, Tom Montgomery Fate, shares in this week’s Ask the Author his journey from writing in Iowa to capturing the war in Nicaragua, along with the most meaningful parts of his new travel memoir ‘The Long Way Home: Detours and Discoveries.’ 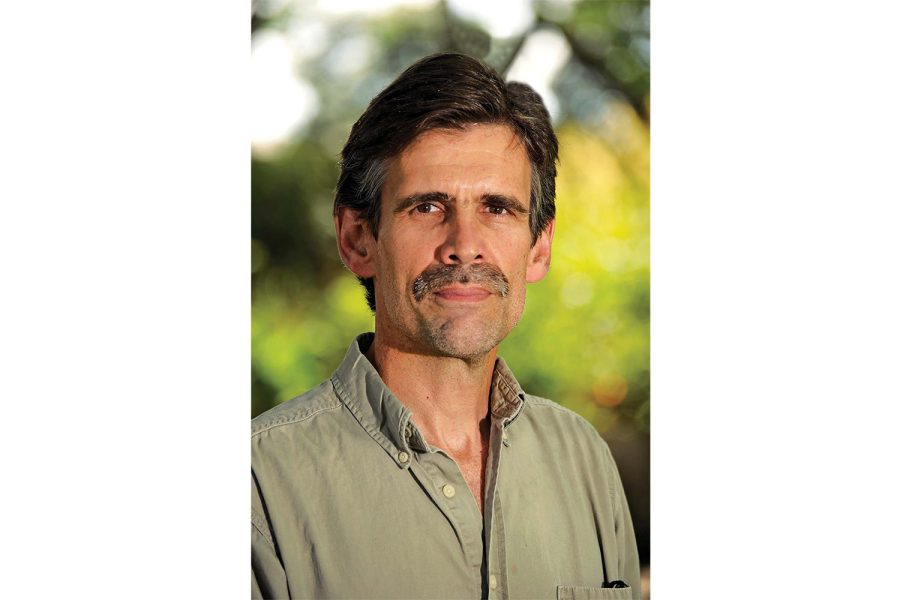 Author and professor emeritus at College of DuPage in Illinois Tom Montgomery Fate wrote six books over his career, including his latest travel memoir The Long Way Home: Detours and Discoveries. In the book he shares stories that span from his life of growing up in small-town Iowa, to his travels around the world. Fate has been writing and teaching for over 30 years, starting at The Daily Iowan and the University of Iowa’s nonfiction writing program. He has written for many news publications such as the Chicago Tribune, The Iowa Review, and the Boston Globe. Fate will read publicly at Prairie Lights Bookstore on Sept. 20 to celebrate the release of  The Long Way Home.

The Daily Iowan: What is your new book “The Long Way Home: Detours and Discoveries about?”

Tom Montgomery Fate: It’s taken 10 years to put together, and it spans my adolescence to the present day. It’s really about the idea of how different people view travel, both inward and outward. There’s definitely a spiritual component to that, too. There’s a line by the writer Paul Theroux where he says, “travelers don’t know where they’re going, tourists don’t know where they’ve been.” I have a lot of stuff in here about tourists, and travelers, or I call them “detourists.” That is this idea that everything in life is a detour, and you pretend you know where you’re going.

You maybe feel like you know where you’re going? I didn’t. I thought I was going to be a high school teacher, and I ended up doing the writing program. But I was reinventing myself for quite a while. So, this idea that life is a detour, opposed to a tourist who has a destination and only sees what they go there to see and then goes home — like a bucket list checkoff. There’s a chapter in the book called “Detours of Intention,” and that was going to be the title of the book because it has two meanings. It means that sometimes I choose the route by intention but more often, it chooses me. In other words, detouring is not accidental, necessarily. It’s a way of looking at the world.

A big theme of it is home: what does home mean? The first 50 pages or so is about growing up in Iowa and what that meant to me. I have a chapter about Iowa City about being an undergrad there and how different it was from then it was for my son, who oddly, went to Iowa State. But, contrasting that, and then about my time in the writing program and writing about the war. I tried to keep it kind of chronological. I think as with all my writing, I want it to feel like an invitation. I want readers to feel like they can find their story in mine. I hope that happens with this book.

DI: How would you say your time at The Daily Iowan and in Iowa City helped influence your book?

Fate: In this book, there’s a picture of a woman and her son in the Managua Market selling plants that was actually in *The Daily Iowan.* I probably needed a credit copy because it’s been 40 years or so. My thesis in the writing program was a book about the war in Nicaragua and about the split in the Catholic Church. So, I loved writing for *The Daily Iowan*. I wrote mostly political columns from time to time. I had amazing teachers in Iowa City, not just in the writing program, but as an undergrad too. That’s a real gift because a lot of my teachers were good writers, but they were also good teachers. I’m really thankful for that. Carl Klaus, who recently died, was a treasured teacher of mine and advisor, and Richard Lloyd Jones, who also has since died was a very close advisor.

DI: What was your favorite part to write in the book?

Fate: I think I’m going to go in the other direction, the most meaningful, because I write to make sense out of life, and to figure out a way to share it with readers. There is a chapter about my mom’s death during COVID, and a chapter about my dad’s death a number of years ago. That was important for me to write about, and they are probably the two most personal essays I’ve ever done. So, that was really meaningful for me.

A fun essay to write was one of the last ones in the book. My three brothers and I often go canoeing in Canada, in a provincial national park called Quetico, and we fish and camp for a week or so. It’s very remote, you don’t see many other people, sometimes every three days or so. The last time we went, the park was closed right before we were supposed to enter due to forest fires, and my younger brother and I didn’t really want to go, and my two older brothers did. We, not wanting to be wimps, went and it was quite an experience — that’s the subject of one of the chapters or essays. That was fun to write. To think about something so recent and to try to negotiate the relationship with three siblings and be fair, and in a fairly tense situation.

DI: What do you hope the reader feels after they read “The Long Way Home?” Is there a message you’re trying to spread?

Fate: It’s hard for me to boil it down to one thing — a big theme of the book is home, and I talked about Iowa as home. When a reporter asked me where I’m from, I said that I’m out of Iowa and this book is also out of Iowa – the first half or so is out of Iowa, as in, it’s in Iowa, the second half is out of Iowa, as in a way from there. I think an important question this book asks is, “what does home mean for you?” And for me, it’s a reconciliation, it’s a sense of belonging, wherever you are. I like to say that it’s kind of a reconciliation of your being, and your longing because we all have a being but most of us also have vast longings for all kinds of things. Whether that’s a place or with a person, for me, is what home is, and it’s not, it’s not a fixed thing. I think that’s a big central idea that I hope is useful to readers.