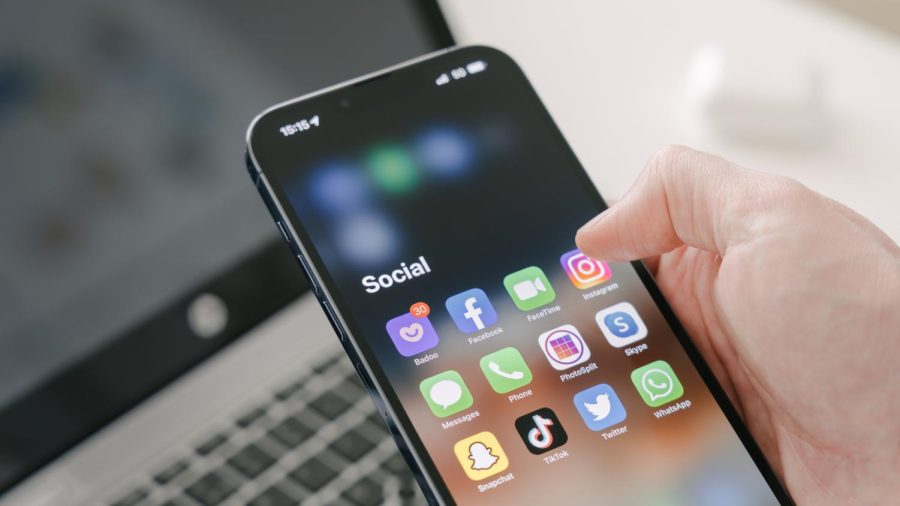 Despite this, there is a stigma associated with news on social media.

Older generations may not accept news on social media for a variety of reasons, like distrust, unfamiliarity, and cynicism.

A reported 73 percent of the Baby Boomer generation solely uses social media to stay connected with friends and relatives.

Regardless of the weariness some generations have with social media, there are many benefits with having these platforms to see the news.

One of the major benefits of social media is the convenience of it. No matter where you are, if you have access to the internet, you can stay up to date with the happenings of the world.

When Queen Elizabeth II passed away on Thursday, the public was aware in minutes thanks to social media. In the hour of announcement, “The Queen” was number one trending on twitter.

Over 50 percent of teens get their news from social media. A staggering 60 percent of the boomer generation says that local news is their primary way to view the news, and they do not intend to change that.

Prisca Namutchibwe is an International Relations major at the University of Iowa.

Due to the nature of Namutchibwe’s major, she spends a fair amount of her day engaging with the news. She gets her news from a range of sources such as VOA Swahili, Aljazeera, and Africanews to name a few. These resources are provided to her from cable news and YouTube.

Along with this, major news sites started upping their social media presence by having their own TikTok, Instagram, and Twitter among other things. A prime example is the *Washington Post,* which has a whopping 1.4 million TikTok followers due to their funny and informative videos.

This point was reiterated by Namutchibwe as she says she gets her hourly news from the various social media pages of The Economist, United Nations International Children’s Emergency Fund, United Nations High Commissioner for Refugees.

Social media added benefits of exposing more people to information that might never have sought out on their own. From learning new information from a random TikTok, or being intrigued by an article title on twitter, many people learn about events outside their usual sphere of interest.

Information is also often presented in more entertaining ways. Instead of having to sift through lengthy articles for information, resources such as infographics have flooded social media pages. This gives the reader easily digestible information to help contextualize the issue.

As expected, there are some drawbacks with having social media be your main source of news. Most notably, anyone can go on social media and post whatever they want, regardless of the truth. This reinforces the importance of fact checking your news.

Overall, social media is a powerful tool with many positives. Giving the public this ability to learn about global issues is essential to having an informed society.