50 years in the guitar business, and still going strong

Tom Bedell has 50 years of experience producing and selling guitars. On Thursday, he will speak to University of Iowa students on his extensive career. 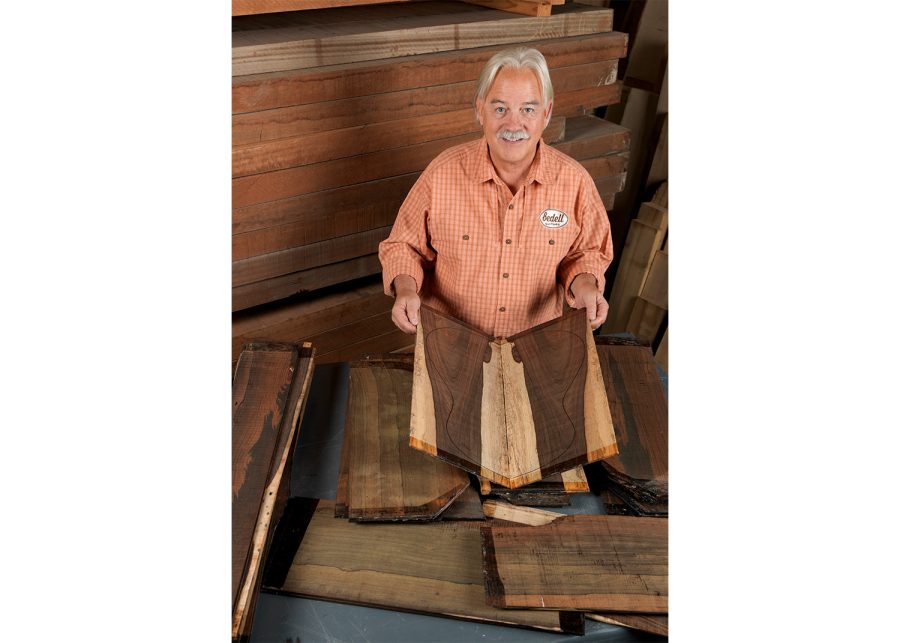 From the curves in the wood, to the spiraled strings, to their signature logos, Tom Bedell prides himself on his guitars standing out from the rest.

As the founder of Bedell Guitars, he has been in the guitar business for over 50 years, with his company showing no signs of stopping.

Bedell will give a talk at the University of Iowa’s Tippie College of Business regarding his career and the history of his company on Sept. 8

Across the sea, the British were about to invade America with a new style of Rock and Roll. One of Bedell’s biggest inspirations were four young men in mop-top haircuts: The Beatles.

After receiving his first electric guitar for Christmas, Bedell, a student at the local music center, began teaching lessons there instead. Unlike the other teachers, Bedell taught what he heard on the radio, songs like Roy Orbison’s “Oh, Pretty Woman.” His popularity grew, but that wasn’t enough.

After making only one dollar a lesson and receiving no commission on the guitars he sold through the studio, Bedell decided to quit, and start his own studio in the basement of his home.

“I realize the profit was in selling guitars, not giving lessons,” Bedell said.

In 1963, after acquiring his Bedell logo, he received his first sample guitar. He headed to a Minnesota music shop, as a 14-year-old, noticing the same exact guitar hung above his head.

After naming his price, the owner of the store responded, “Are you kidding me? That is half of what I am paying for it!”

Despite his young age, he still was able to sell guitars left and right. He was conducting whole sales at 15 across the Midwest. Then at 16, he opened not one but two guitar stores in Okoboji and Spencer, Iowa.

Bedell noted that because music kept breaking boundaries, everyone wanted to be part of it — In turn, guitars were in such high demand that people flocked to Bedell’s new business. Since then, his career has reached over 20 countries, and he has been inducted to the Iowa Rock’n’Roll Hall of Fame two times.

He later took over his father’s fishing tackle business in 1979 and sold it 27 years later, assuming he’d retire. However, the guitar industry couldn’t leave Bedell alone, so he opened yet another guitar store in Aspen, Colorado.

As part of the process behind making guitars, Bedell flew to China, touring 10 factories to see which one would best produce his guitars. These guitars would then be imported to the U.S. for musicians to enjoy.

Bedell also purchased Revere, a guitar manufacturing company in Oregon. The business continues to make both Revere and Bedell guitars to this day.

Bedell said his number one value is to treat others the way he wants to be treated, which has led his company to thrive. He also noted that one of the highlights of his career has been the success of those who have purchased and played his guitars.

“I believe that the purpose of business is to help other people be successful, and that I want to invest in their success,” Bedell said. “Invest in everyone’s success, as if they are successful, you are successful.”

The CEO said he wishes he could tell his younger self not to listen to his inner voice or doubtful thoughts. He noted that if he were 15 now, there would be so many more options to choose from, and that his career would have flourished even more.

“Don’t ever let your inner being tell you can’t accomplish things, don’t listen to it,” Bedell said.  “The ability to do things now is greater than it has been.”