Short’s reopened in August with renovations to the restaurant and changes to the menu. 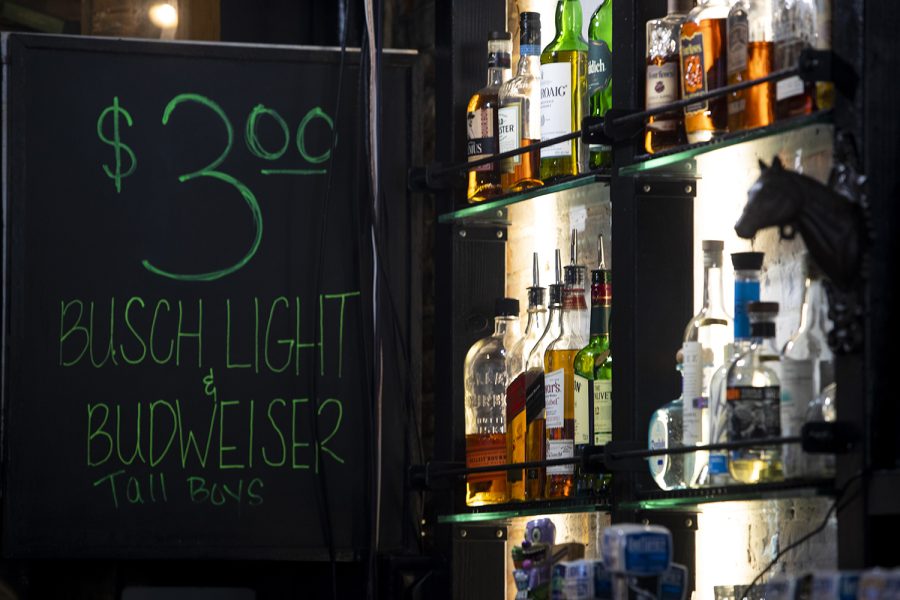 Short’s Burgers and Shine recently remodeled and reopened their location in downtown Iowa City and are ready to serve customers on Tuesday, Sept. 6, 2022.

Short’s Burger and Shine, a hotspot for Iowa City’s downtown scene, reopened with a complete update after closing in April for renovations.

Short’s, on 18 S. Clinton St., reopened its doors in early August with updates including building renovations and menu changes. The restaurant, however, is struggling to maintain a staff in year two of the pandemic.

“I was calling it the 13-year facelift,” Perez said. “We cleaned up the bathrooms, and our lighting is much better.”

Perez said Short’s is also now sponsoring community nights to showcase local businesses and give back to Iowa City residents.

“We’re using between 10 and 15 taps to feature an Iowa brewery like a tap takeover, and we do that for six to eight weeks at a time,” Perez said. “On Wednesdays, we’re going to start doing a community night. We donate 15 percent of the sales to whatever group is raising money that day.”

Perez said burgers are now half the size, making them smaller and speeding up cooking time.

“I took the normal size of our burgers, and I cut them in half,” Perez said.

Perez said he can no longer run the same menu and shortened the restaurant’s hours while he hustles to keep the business running.

Short’s is still affected by the worker shortages after two years of the COVID-19 pandemic.

“We can’t open as many hours or as much time because I’m a 55-year-old man working in the kitchen three days a week, and I don’t have enough people to work,” Perez said. “I’ve been working since about 5:00 a.m. this morning, and I’ll close inside the kitchen tonight and be back up at 5:00 working tomorrow just because there’s not enough people.”

Kelley Carter, Short’s general manager, reiterated the restaurant is aiming to be efficient.

“We grow a little more each day,” Carter said. “What we’re doing has been missing in Iowa City in terms of somewhere you can go late-night with good drinks and good beer.”

Meagan Moran, who graduated from the University of Iowa with her master’s in 2018, visited the renovated Short’s for the first time after graduation. She immediately noticed the changes.

“I feel like the flavors of the food are still really good,” Moran said. “Just the memories that you associate with the restaurant like going with all your friends and family for four or five years make [it] a special place even if the burgers are slightly smaller.”

Moran said she will keep Short’s Burger and Shine in mind when looking for a place to eat in the future.