Hundreds of Iowa City residents signed a petition asking for the city to reject a proposed design for City Park Pool. 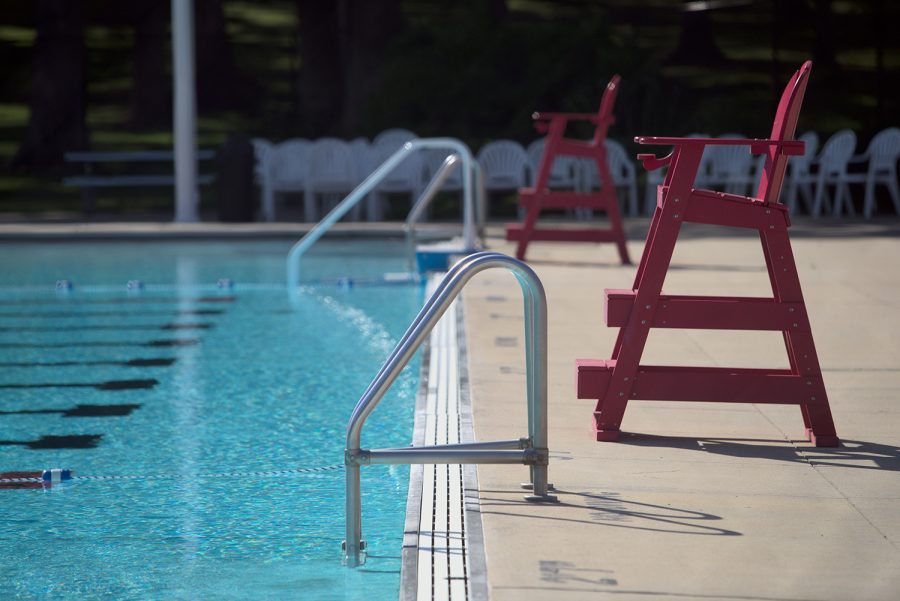 A petition with over 800 signatures was presented in front of the Iowa City City Council during the public comment section of its formal meeting Tuesday. The petition asked the council to reject the recently proposed refurbishments laid out in the Recreation Facilities and Programs Master Plan.

Located on 200 Park Road, City Park Pool is one of two historic Iowa City pools the city plans to renovate soon. The Robert A. Lee pool is also slated for renovation, located at 220 S. Gilbert St.

Changes include increasing the square footage of City Park Pool to make way for a new diving well, lawn areas, a “lazy river” current channel, and additional shaded space, according to the city’s master plan.

The proposed redesign would reduce the current nine lanes to three while additionally reducing the size of the deep-water diving well.

Juli Seydell Johnson, Iowa City director of parks and recreation, said the city started receiving residents’ input in the form of two phases of surveys sent over the past year.

“The first phase was just asking people what can make City Park Pool an even better place. ‘What do you like about it? What else can be done?” she said. “Based on the phase one feedback, [the] consensus was that the pool should be replaced but maintain kind of the character as you see it now.”

Seydell Johnson said after the initial feedback from phase one, city staff came up with a schematic drawing to conceptualize the survey results.

Amy Kretkowski, a UI law professor and practicing attorney who organized the petition, said in an interview with the DI that the pool needs to be repaired, but the city’s survey results strongly go against the proposed redesign.

“The response was unfavorable, and people keep saying, in response to their surveys, keep the current footprint,” she said.

When asked to rate if the renovation would better serve their aquatic needs:

Conceptual designs of City Park Pool were presented to 212 respondents during phase two of the survey.

According to report findings, “the clearest message conveyed was that there are not enough lap lanes depicted in the conceptual design,” with indications from 90 respondents.

Seydell Johnson said the survey was intended to reach people from all areas of the Iowa City community, from all income ranges.

“We definitely have a large population who likes to swim laps here, but we have a lot of families who maybe hadn’t been using [the pool] as much,” she said. “I think the feedback that you’re seeing now is after phase two, so largely from our lap swim users.”

“There’s a lot of things that we can improve beyond just the layout of the pool. So in the end, what the actual water body looks like is less important to me than the overall functionality and welcoming aesthetic of the pool,” she said.

Hal Ide, Iowa City resident and founding member of the Iowa City Open Water Swimmers group, said he signed the petition because the proposed design does not allow for the flexibility lap swimmers experience with the current design.

“These three [lanes are] nowhere near enough for us. Iowa City has got a lot of healthy people, and these lanes get used,” Ide said.

Seydell Johnson said construction on the pool will begin in 2025. The project is expected to cost over $6 million.

She said the city will continue to update the layout before the new pool design is final.

“There’s a whole other process ahead where we’ll do more community outreach, get more information from the public, and actually have full designs of the pool,” she said.