Opinion | On the right side of history 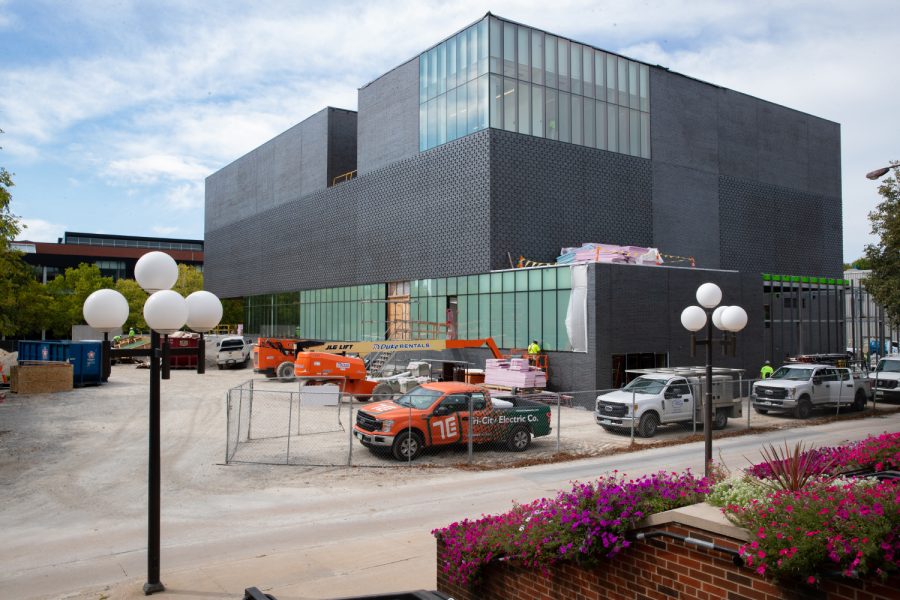 The construction of the Stanley Museum is shown on Tuesday, Sept. 14, 2021.

Not all African art in the U.S. and Europe has been looted or needs to be returned to its home.

The new Stanley Art Museum at the University of Iowa exemplifies how museums can amplify the art and culture of historically marginalized groups.

Where did this collection come from? Mainly white, upper-class donors who have no ethnic or genetic links to African culture.

At first glance, this idea may be sickening to Africans like me. But I prejudged the work done by historians and museum collection specialists on campus. After speaking with Lauren Lessing, the Stanley Art Museum director, and Cory Gundlach, curator of African art, I have a new understanding.

African artifacts have a place in U.S. and European museums if those working with culturally significant items are dedicated to and understand the role they play in creating a just and equitable world.

Guadlach has traveled to countries in Africa and made profound connections with professors, historians, and artists. His academic journey led to an appreciation and career in African artwork.

“Representing the people these works come from is a goal for the museum,” Gundlach said.

In 2019, Gundlach curated an exhibit featuring Amazigh artwork called “Follow Her Lead.” Alongside Boston University Professor Cynthia Becker, the two gave a presentation on the subject at the UI. Becker is an advocate for the Amazigh people. Her book, “Amazigh Arts in Morocco: Women Shaping Berber Identity,” is available at UI Libraries.

Homecoming, the Stanley’s inaugural exhibition that launched on Aug. 26, features a mixture of African, Asian, and indigenous art collections alongside other works the Stanley holds near and dear.

Africans and their descendants living in other countries have called for redistribution of stolen relics in recent years. One example is the housing of cultural and religious items from indigenous African nations around the world.

A museum housing African art may not seem in line with UI diversity and inclusion goals, but professionals at Stanley are working to make amends when necessary.

“The Stanley’s mission statement does not align with maintaining looted art in our collection,” Lessing said. “We have not waited for a proclamation from a larger museum to set a course to follow. Over time, if we have suspected a piece was stolen, we have done our best to return these items home. We want to be on the right side of history.”

We must remember that colonization is ongoing in the 21st century. The people affected have not forgotten the harms done to them by the Western idea of civilization. Part of repairing these harms is centering Africans in the narratives that most affect their communities.

“Africa is the place from which all contemporary art flows,” Lessing said. “Moving Africa from the peripheral to the center of history is important.”

“‘Fragments of the Canon: African Art from the Saunders and Stanley Collections’ is a current exhibition centering the African art collection of Dr. Meredith Saunders, a Black Iowan, ophthalmologist, and philanthropist whose collection has received little attention in the past at the Stanley Museum of Art,” Gundlach said.

Gundlach will host a talk on UI campus about Dr. Saunders’ collection and the Stanley exhibit on Sep 15.

While originally intending to write this piece on the harms of museum practices and predatory art collecting in Africa, I’m happy I gave the staff at Stanley a chance to share their thoughts.

Speaking with Gundlach and Lessing showed me that beautiful art and passionate people primarily creates more opportunity for education and cultural appreciation. The good news is, on UI campus, starting that type of journey is only a short Cambus ride away.