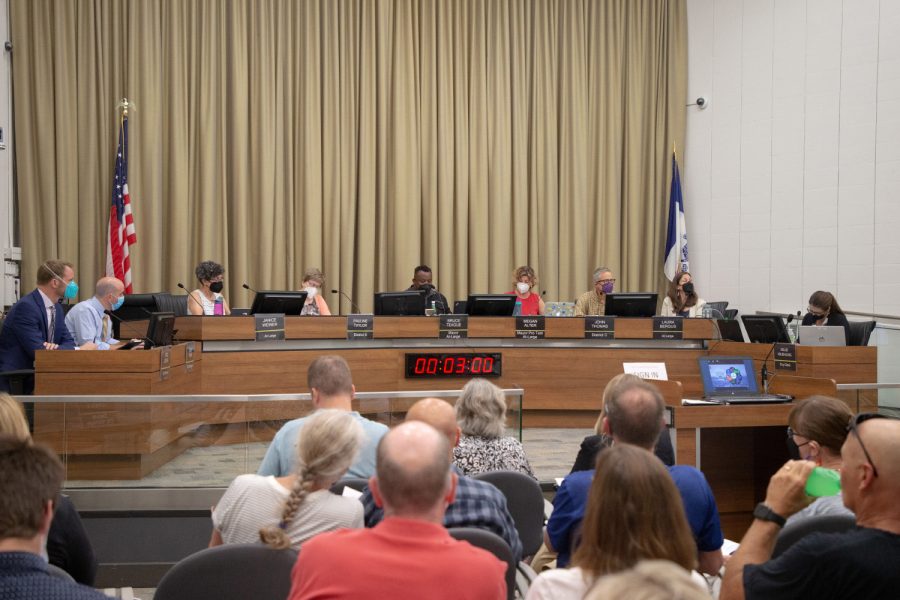 The Iowa City City Council is seen during a meeting at City Hall on Tuesday, June 21, 2022.

The Center for Worker Justice of Eastern Iowa is asking the City of Iowa City for money to hire a full-time wage theft organizer to prevent the increasing amount of reported wage theft since 2020.

The position will be focused on educating employees and their employers on their rights.

The new position, if approved by the Iowa City City Council, would serve as a main source of wage theft education for staff about the rights of workers in the area.

If accepted, Johnson County will give the center a grant of $135,000 over the course of four fiscal years along with $85,000 from the City of Iowa City for the position.

The City of Coralville and the City of North Liberty will also contribute money if the position is approved.

Wage theft is when an employer withholds paychecks, tips, or pays staff in a way not agreed to at hire.

Salih wrote in the letter to the council that Iowa is underprepared to handle the cases of wage theft occurring throughout the state because the Iowa Division of Labor in Des Moines only has one investigator for all 99 counties.

“With the implementation of our proposal, we will be able to foster a lasting change in Johnson County regarding wage theft by empowering low-wage workers and inspiring responsible employers,” she wrote.

Because of the influx of wage theft cases during the pandemic, the Wage and Hour Division of the U.S. The Department of Labor made wage theft protection and critical worker protections a vital part of its mission.

With the funding from Johnson County and Iowa City, the Center for Worker Justice of Eastern Iowa will be able to help all community members, Salih wrote in the letter.

“This proposal provides CWJ the monetary assistance needed to carry out a project with long-lasting effects on the Johnson County labor community,” Salih wrote.

The Johnson County Board of Supervisors approved the center’s approved plan in June.

The council did not schedule a time to vote on the funding for the position.