Fact Check | Differences exist in how to spend it, but state budget surplus has cash 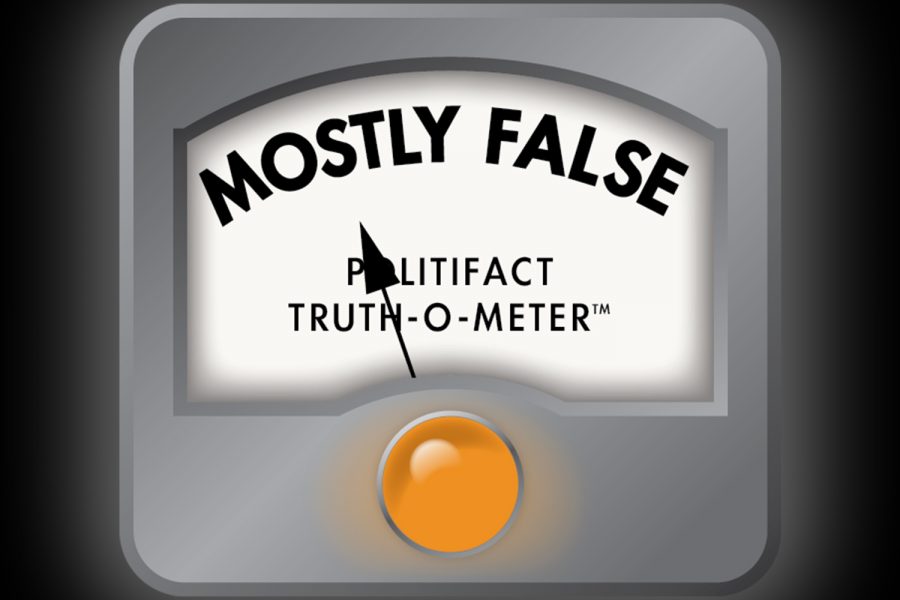 Iowa Democratic gubernatorial candidate Deidre DeJear said the state has $1.5 billion in reserve that could be spent on programs.
Republican Gov. Kim Reynolds, seeking re-election, consistently has favored using excess tax collections for tax relief.
The governor has no say over how funds in a Taxpayer Relief Fund is spent.

Deidre DeJear covered a lot during her turn at The Des Moines Register’s regular Iowa State Fair feature, the Political Soapbox, as she moves into the fall stretch of her 2022 election campaign to be Iowa governor.

As DeJear, a Des Moines Democrat, talked about ways to improve Iowa’s mental health care delivery, she told the audience Iowa can handle the costs because the state is not broke:

“$1.5 billion of your taxpayer money is sitting in an account that this current governor is calling a trust fund.”

She went on to say: “That’s Iowa’s rainy-day fund, and it’s raining in our state.”

Just what is Iowa’s rainy-day fund, and is $1.5 billion sitting in a trust fund that the governor can control?

The short answers: the rainy-day fund is a combination of two state budget funds with specific purposes, the Economic Emergency Fund and Cash Reserve Fund. And state law and the Legislature, not the governor, control how that money is spent.

Shekinah Young, DeJear’s communications director, said DeJear was referring to Iowa’s budget surplus that has fluctuated in recent years between $1.1 billion and $1.8 billion when making the comments. “Between the state surplus and tax relief fund (Also known as the Trust Fund) we have $3 billion in resources which could be used for state programming,” Young wrote in an email to PolitiFact Iowa.

Iowa’s budget surplus for fiscal 2022, which ended June 30, was $1.28 billion and expected to be $1.11 billion in the current fiscal year, according to a July budget report from the nonpartisan state Legislative Services Agency’s Fiscal Services Division.

Republican Gov. Kim Reynolds, who is seeking re-election, and Republicans who control both houses at the Iowa Legislature say the surpluses are the result of sound budgeting practices and that excess state money should go back to taxpayers. Reynolds held to that when she announced on Aug. 24 that business unemployment taxes would drop to the lowest Iowa law allows after her administration sent to Iowa’s unemployment benefits fund $727 million from the Biden Administration’s American Rescue Plan and Trump Administration’s CARES Act.

Surplus money the state collects after building cash reserves goes into an Economic Emergency Fund, which had a $223.8 million balance, the July report said. The fund cannot hold more than 2.5% of the state’s adjusted revenue estimate for a fiscal year. This year, that money gets added to $671.4 million in the Cash Reserve Fund for Iowa’s $895.2 million rainy-day fund. The rainy-day fund cannot exceed 10% of state government’s adjusted revenue estimates.

The Cash Reserve Fund is money set aside to cover the state’s ability to pay bills while income rolls in and to produce interest income for selected programs. It gets the first crack at surplus tax revenue.

The Pew Charitable Trusts estimated that Iowa had enough money in reserve to cover 37.4 days of state operations in fiscal 2021 but did not have estimates for fiscal 2022. The fiscal 2021 national median was 34.4 days. Iowa, Connecticut and Georgia filled their rainy day funds to maximum balances allowed, Pew reported.

State tax revenue that exceeds what is allowed for the Economic Emergency Fund and Cash Reserve Fund is sent to a Taxpayer Relief Fund. Hard to grasp? Think of the money as being like water in a three-tier fountain that fills the top basin (cash reserve limit), spills into the second basin below when it gets full (emergency fund limit), and then into a large third basin (taxpayer relief) at the bottom.

The Taxpayer Relief Fund is intended specifically for tax relief. It can be used to help cash flow but only in emergencies prescribed by law. If used in emergency, though, the Legislature must approve an appropriation and the money must be returned to the relief fund at the end of the fiscal year in which it is taken, state law says.

DeJear said Iowa has $1.5 billion in a fund called a trust that could, instead, pay for state programs. That would have to be the Taxpayer Relief Fund, although her spokeswoman said DeJear was including all of the state’s surplus in the statement. That would include the emergency fund that has $223.8 million.

Iowa has that at this point has more in reserve than DeJear’s general estimate. But the governor has no authority over how it is spent. Moreover, making the Taxpayer Relief Fund part of what state budget managers consider to be the rainy-day fund would require a legislative appropriation, based on revenue projections and the state’s cash flow, or possibly changing the law establishing the fund for tax relief.

While DeJear is correct that there is a large pot of money left unspent, she is wrong to suggest that the governor has the unilateral power to spend it on state programs. We rate the statement Mostly False.

Iowa Department of Management, “What is the Cash Reserve Fund?”, “What is the Economic Emergency Fund?”, general budget information,