Exter suffered a critical injury while competing as a goaltender for Merrimack College in 2003. He considers it one of the biggest blessings of his life. 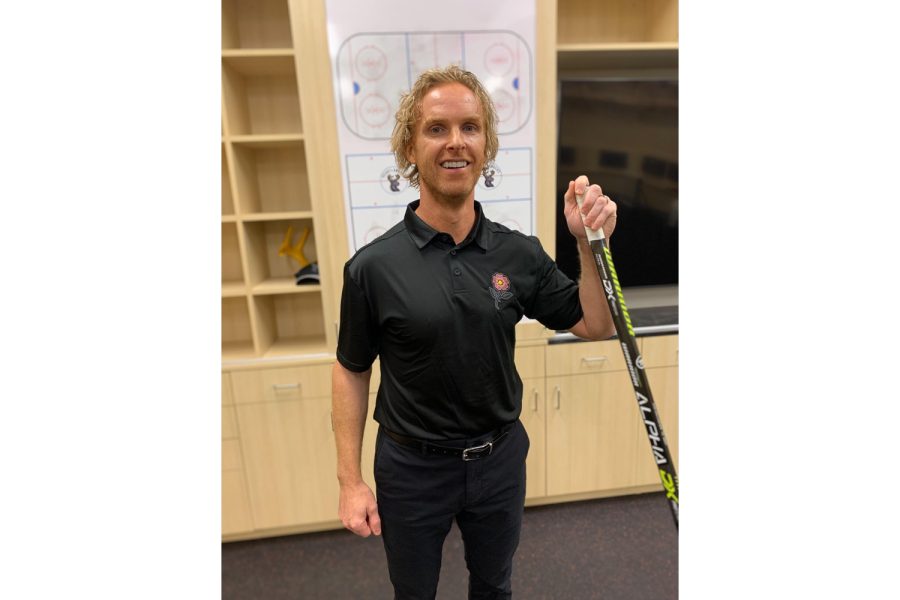 When Iowa Heartlanders Associate Coach Joe Exter’s contract with Michigan State wasn’t renewed at the end of the 2021-2022 season, he had to answer concerning questions.

“There is no worst-case scenario,” Exter said. “I’m going to land where I’m supposed to go. That’s not being arrogant, but I know this isn’t under my control. It’s going to land exactly where I need to be.”

The Heartlanders announced it hired Exter on Aug. 10. The new opportunity is the latest example of why the former goaltender from Cranston, Rhode Island, said he has “unshakeable faith.”

Exter’s life changed on March 7, 2003, while competing for Merrimack College against Boston College in the Hockey East Tournament. As Boston College forward Patrick Eaves chased a loose puck, his left hip collided with Exter. The goaltender’s helmet detached before the left side of his head slammed on the ice.

Per an ESPN special, Exter’s mother thought he died when she saw he wasn’t breathing. His skull fractured in two spots, causing a hemorrhage that placed him in critical condition. At Boston’s Beth Israel Deaconess Medical Center, doctors put Exter in a medically induced coma. Over 10 days after Exter’s hospital admittance, he woke up and entered a rehab facility later that month.

Exter’s stint in rehab lasted a week. He returned to skating on May 29 and spent two seasons with the ECHL’s Wheeling Nailers before retiring from playing.

The 43-year-old said the incident has been one of the biggest blessings of his life because of the impact it could have on others, though he doesn’t remember the collision.

“My faith in God is what’s carried me to every place I’ve been,” Exter said. “It’s given me unbelievable jobs. It’s allowed me to overcome the adversity that we’ve all gone through. I’ve been blessed to have some pretty good opportunities and obstacles that led me to have success. Failures, you can get a lot out of that as well, and that’s what opened the door for me to get here.”

Exter started coaching in 2005 at American International College and stayed within the amateur ranks until the Heartlanders added him. When Derek Damon was named Iowa’s head coach in early July, he tried to reach out to Exter but left a voicemail at the wrong number. Coincidentally, Exter followed Damon on Twitter at the same time in hopes of connecting with him, but that didn’t happen.

Weeks later while Exter was golfing at Wild Marsh Golf Club in Buffalo, Minnesota, he called his friend and former NHL defenseman Tom Poti. Toward the end of their talk, Poti said Exter should contact Minnesota Wild Director of Amateur Scouting Judd Brackett.

Exter followed through on the recommendation, and Brackett told him to call Wild Director of Hockey Operations Mike Murray. After Damon and Exter each failed once to connect with each other once, Murray helped them get in contact.

“At the ECHL level, it is crucial to have a coach that understands the full picture of an organization,” Damon said in a release, “and we know that with Joe’s experience, knowledge and personality he will fit into our vision and be vital to the success of our team and culture.”

Exter said he doesn’t think coaching is much different at the professional level.

“At the end of the day, everybody wants to know how you can make them better and how invested you are in their game as individuals but also as a team,” Exter said. “I think I’m just going to be consistently who I’ve been throughout my whole career.”