The 5-foot-7 transfer from Western Michigan could see minutes at both point guard and shooting guard for the Hawkeyes. 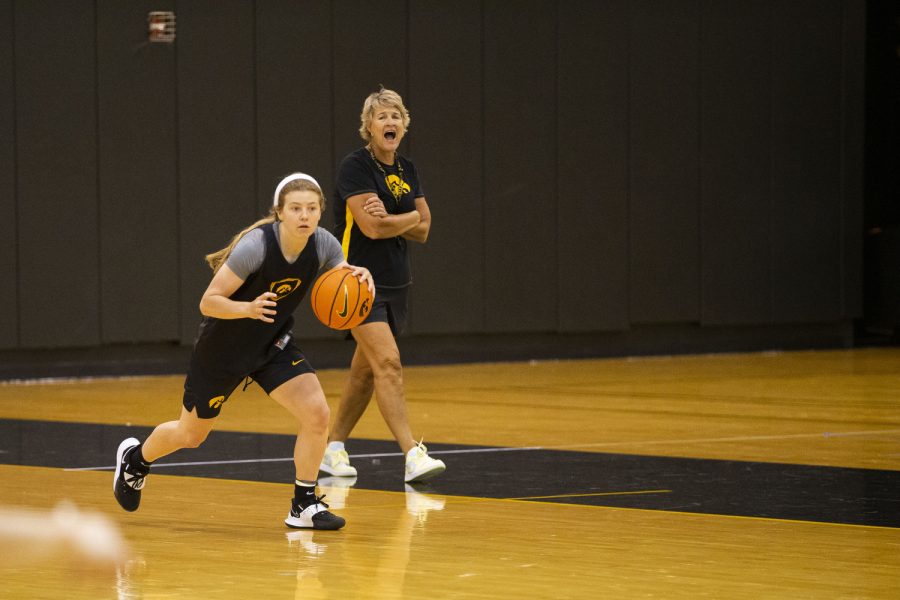 Davis, from Midland, Michigan, transferred from Central Michigan to Iowa this summer after three years in the Chippewa backcourt.

The 5-foot-7 guard has two seasons of college eligibility left and will likely serve as Caitlin Clark’s backup at point guard this year while also competing for minutes at the shooting guard spot.

Last season, Davis was a second-team All-MAC honoree and led Central Michigan in scoring at 18.6 points per game. She scored in double figures in 20 of her 24 appearances and averaged nearly 36 minutes per game.

As a sophomore, Davis poured in nearly 21 points per game while starting and scoring over 10 points in all 27 games. The first-team all-conference selection led the league and ranked 13th nationally with 76 3-pointers made.

“To have that experience come in, I mean she has three years of Division I experience,” Bluder said. “… We love having that depth at that point guard position. We didn’t have it last year — that was the one area we didn’t have. We were able to accomplish that with the transfer portal.”

When Central Michigan faced Iowa in the opening round of the 2021 NCAA tournament, Davis tallied 18 points, six rebounds, and three assists in 39 minutes of action.

While Davis knows she’ll play a smaller role with Iowa than she did at Central Michigan, she’s focused on capitalizing on her chances to see the court.

“My goal is to just take advantage of every opportunity that I get,” Davis said. “Make sure that I’m prepared. Coach Bluder reached out, said they needed a backup point guard to play a few spot minutes. That’s what I was told my role was, but at the end of the day, just being ready for every opportunity.”

Clark, who played 35.9 minutes per game a year ago, told the media Davis’s collegiate experience is evident even after just a few summer practices.

“I think she’s done really well,” Clark said of Davis. “You can really tell that she’s been in college for a few years, she knows the game a little better. The transition from high school to college is a bit harder, the physicality is a lot different. Obviously, there still will be that transition coming into the Big Ten but you can’t really [replicate] that until you’re in a real live game.”

Clark believes Davis’ willingness to help the program any way she can makes her a valuable asset to the Hawkeyes’ roster.

“She just wants to learn, she wants to contribute,” Clark said. “She’s going to do whatever she can to get on the floor and give to this team. Those are the type of players we really like to have in our program, so I think she’s a perfect fit.”

Iowa will begin the 2022-23 season at home against Southern University on Nov. 7.