President Biden has announced his intent on running for reelection. But, the party needs to find a new leader. 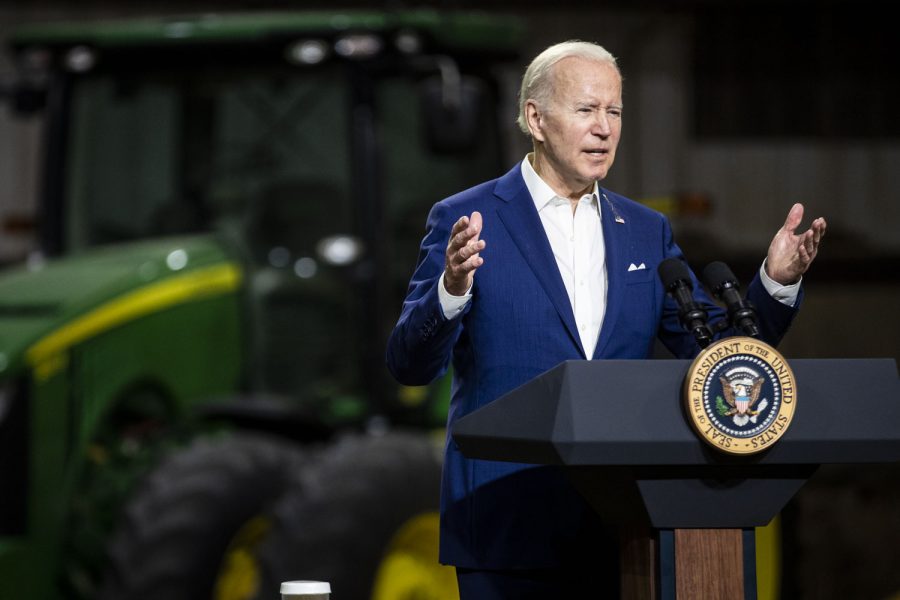 It is time for President Joe Biden to pass the torch to a new generation.

The president has announced his intent on running for re-election in 2024. But, the U.S. is ready for a new voice in office.

Though Biden met the moment in 2020, the country has moved beyond the president’s moderate rhetoric. If Democrats intend to keep the White House blue in 2024, the party must find a new nominee.

Heading into the 2020 elections, the country was shaken by the pandemic and racial unrest. Many Americans were frightened by the state of the country. The country needed Uncle Joe to step settle the fuse.

Joe Biden was the unlikely underdog in 2020. He met the moment as a compassionate, level-headed, and experienced leader. But, the moment has passed. Biden can no longer light a fuse in the country’s electorate. It’s time for a new face in the Democratic party.

At 79, Biden embodies an aging population that has less stake in the country’s future. While the president has shown concern for issues regarding reproductive rights, the climate crisis, and long-term economic distress, it’s fair to say these issues will not impact Biden in the same capacity as younger segments of the country.

Although age should not be a factor in someone’s job effectiveness, it’s futile to have political leaders shape a future that is not theirs. Americans recognize this as 64 percent of the population believe he has shown that he is too old to be president.

With less than two years in the oval office, Biden has been in the face of countless disasters.

From the U.S. withdrawal in Afghanistan, the ongoing pandemic, Russia-Ukraine War, and the response to the overturn of Roe v. Wade, the president has not remained in the positive spotlight. Since stepping into office in early 2021, Biden’s approval rating has dropped from 53 percent to a low 37.8 percent.

Ahead of 2024, Democrats need someone who will excite the party’s electorate.

The GOP is likely to nominate someone who will motivate Republicans and swing voters to the polls in 2024. That candidate will likely be Trump, or a similar far right-wing politician.

With a 37.8 percent approval rating, it seems highly unlikely that Biden would win re-election. Democrats must find a new candidate that contrasts Biden.

Unfortunately, I don’t anticipate the president will read this column and decide not to run for re-election. But fortunately, Iowa plays a large stake in presidential elections.

Iowa will set a trend for the nation as the first state to hold an electoral event of presidential primaries and caucuses. More than half of Iowa caucus winners have gone on to secure the party’s nomination.

Iowa plays a large stake in the nation’s presidential election process. The state will set the course for the next presidential candidate, and it’s imperative that you participate in the next caucus.

While Biden has had a noble career, his tenure is overdue. As the polling stands, Democrats will not win the White House in 2024 under Biden.

It’s time the president passes the torch on to a new generation of voices. Iowa must voice this expectation.