We would not be able to capture the full societal benefit of CRISPR if we left it to market devices. 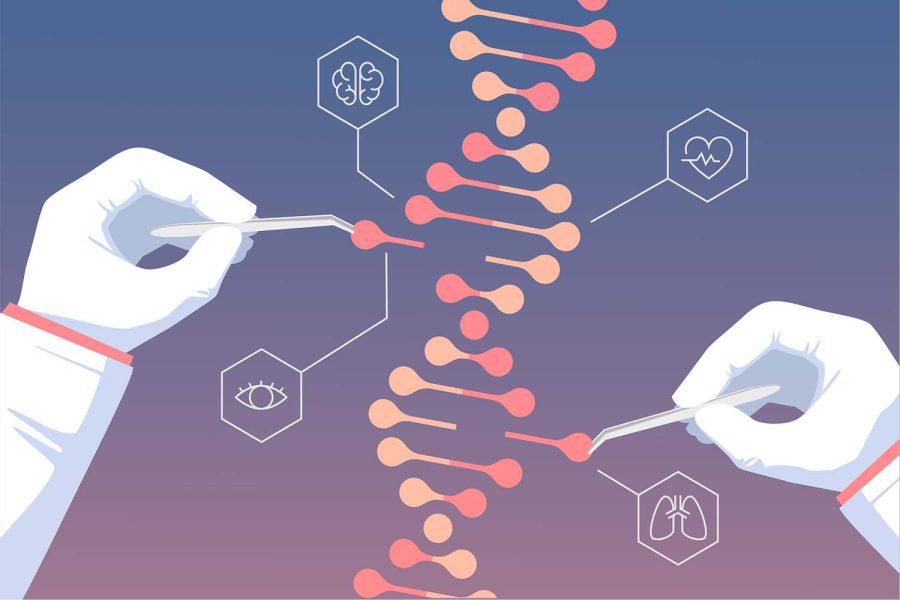 A world in which genetic engineering is a norm is approaching, and it will be important for the government to develop a plan that will make it so that everybody, regardless of socioeconomic background, has the ability to access the procedure.

To offer a brief recap of the previous column, CRISPR (clustered regularly interspaced short palindromic repeats) is the genetic code in which bacteria are able to edit their genetic sequence and make their DNA resistant to viruses. About a decade ago, biologists discovered that with the help of the cas9 protein, it is possible for scientists to introduce CRISPR into the human genome.

This would essentially prolong the human lifespan beyond its current natural limits.

However, one of the great fears that many academics have is that only the rich will be able to afford the technology once a market for CRISPR is created. Following the logic, disparities in living standards between rich and poor will widen, and more alarmingly, crystalize.

To make sure that this world does not become a possibility, policymakers must treat CRISPR the same way they treat vaccines: a good that must be widely available because of its positive consumption externalities.

When economic policy advisors use the term positive consumption externality, they mean to describe a good that when consumed, will indirectly benefit people who have not utilized that good.Markets are unfortunately not able to take into account the externalities that certain goods emit. As a result, the market price for a good with a positive consumption externality is higher than the price that good should be.

CRISPR has this type of positive externality for two reasons. The first is that when enough people have their genes edited to be resistant to viruses, the virus will die out even if certain people have not had their genes altered thus achieving herd immunity.

The next reason is that CRISPR will be able to help eradicate diseases such as heart disease and diabetes. While these diseases are not caused by a virus, making our genetic template resistant to developing these diseases would essentially eradicate the leading killers for all Americans.

As for the specifics of how the government should make CRISPR technology accessible, we should look at the blueprint of Operation Warp Speed, the program in which the government worked with private companies to develop, purchase, and distribute the COVID-19 vaccines.

As for the issue of distributing CRISPR technology on the global scale, it is important to recognize that because of the conditions of the anarchic international system, an international distribution program would be near impossible.

Instead, doing away with some patent protections and replacing it by paying a lump sum to firms that develop CRISPR tech would allow lower-income countries to develop and gain access to CRISPR technology. In addition, trade barriers should also be lowered to allow the flow of goods to be more efficient.

Taking a page out of the Operation Warp Speed playbook, the U.S. government could work with doctors’ associations to train as many doctors as possible to use CRISPR, and make sure every hospital has the technology needed by purchasing and distributing the necessary equipment.

In a world where CRISPR technology is left to the devices of the market, companies would be incentivized to keep prices high in order to reap profits. Thus making the technology only available to those that can afford it and worsening existing divides between rich and poor.

On this basis, it is the responsibility of the U.S. government to make sure every American has the opportunity to experience CRISPR in the future.