Astronomy professors at the University of Iowa are reacting to the James Webb telescope images released by NASA a few days prior. Professors believe this will open up numerous possibilities for the future. 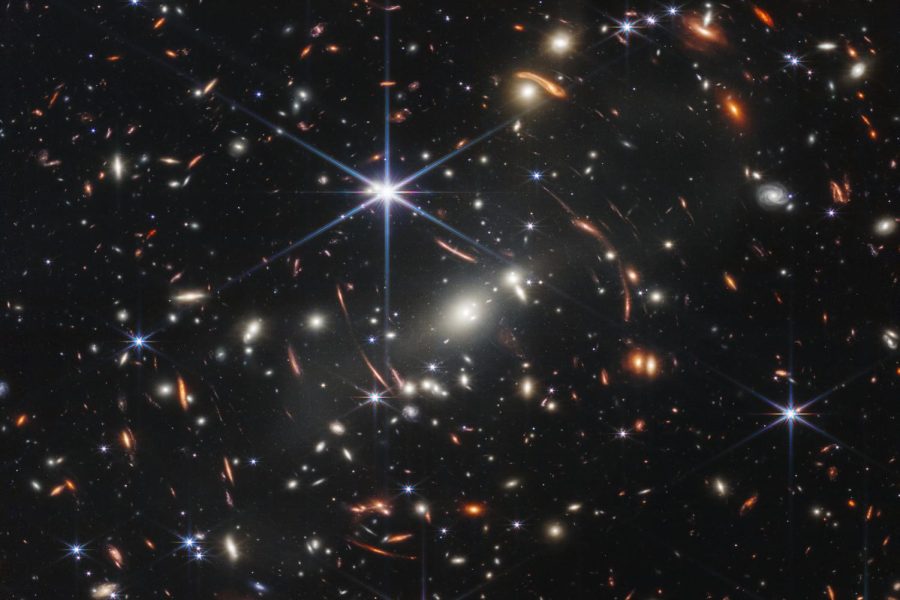 Astronomers at the University of Iowa are in awe over the new James Webb Space Telescope (JWST) images released by NASA earlier this week.

NASA has also released a full series of new colored images from the JWST on July 12.

Keri Hoadley, an astrophysicist and assistant professor at the UI, said she was stunned when she saw the images for the first time, and it also made her feel like such an infinitely small part of the universe.

“The sheer number of galaxies and stars captured in exquisite detail that we’ve never seen before — it set in for me quickly that JWST will be revolutionary,” Hoadley said.

Hoadley has already been covering JWST’s journey in her courses over the spring semester. In one course, “The Exploration of the Solar System,” Hoadley has been detailing the latest news on JWST all the way up until this point.

“The images and spectra that JWST will observe will be a cornerstone to much of my own lecture material,” Hoadley said. “Used to both demonstrate the nature of physics and chemistry in our universe and to excite, delight, and inspire students in our classrooms.”

Ken Gayley, an associate professor and astrophysicist at the UI, also said he plans on adding the latest images into his coursework.

“I expect that every astronomy teacher for the next decade will show many JWST images in their classes, just as we have been showing lots of Hubble images up until now,” Gayley said.

Gayley believes that having both Hubble and JWST telescope images will make it possible for students to draw comparisons, giving them a better understanding of the universe.

“Pictures are worth a thousand words,” Gayley said. “And what’s more, one of my mentors used to say that being able to compare light at different colors and wavelengths is worth a thousand pictures.”

Gayley also said this will open a door to understanding other atmospheres and planets outside our solar system since we know nothing about them.

“My area of study focuses on massive bright stars. JWST will help me understand how the kinds of massive stars that first formed billions of years ago were different from the ones we have in our night sky today.” Gayley said.

Philip Kaaret, departmental chair and professor in the Physics and Astronomy Department at the UI, studies black holes in other galaxies and compares them to ones in Earth’s galaxy.

“Recently, we have been trying to figure out the properties of the black holes that formed in galaxies when the universe was young, less than a billion years older, by comparing with black holes seen in relatively nearby galaxies with similar properties,” Kaaret said, “JWST proved that this can be possible.”

Being the departmental chair, Kaaret isn’t teaching right now, but believes all teachers will be incorporating the new images into their courses.

Gayley said he feels pride that the scientific and engineering community pulled off something so remarkable. He knows the astronomy community has spent an enormous amount of its research capability on building this instrument, so it was crucial that it pay off.

Hoadley sees so many benefits and avenues for research that even UI students will be able to take advantage of, thanks to the James Webb Space Telescope.

“We will be re-writing our astronomy and physics textbooks, based on what we observe and discover with JWST,” Hoadley said. “It is going to be a complete game-changer.”