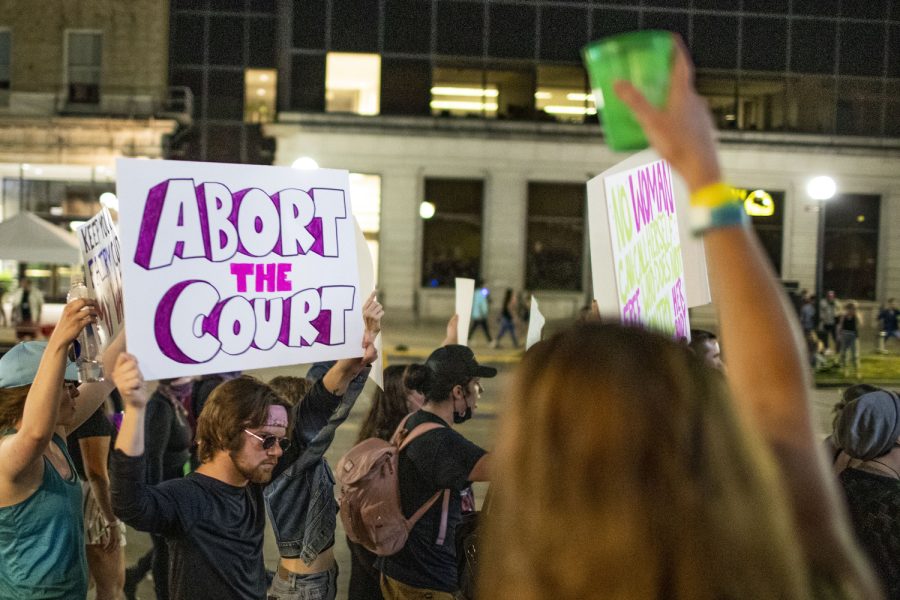 A Downtown Block Party attendee raises their cup to protesters during “Night of Rage,” an abortion-rights protest, in Iowa City on Saturday, June 25, 2022. The protest started at the Pentacrest with speakers, then, protesters marched through Iowa City.

Abortion-rights supporters protested in Iowa City for the second night in a row following the overturning of Roe v. Wade Friday morning. Over 200 protesters attended “Night of Rage.”

The night started with speakers on the Pentacrest, with numerous protesters expressing anger, fear, and sadness. Following the speakers, protesters began a march through Iowa City and stopped at Informed Choices: a medical clinic on Gilbert street. Select protesters spray painted the sign.

The abortion-rights supporters then marched back toward the Pentacrest, going through the Pedestrian Mall during the Downtown Block Party. Many Block Party attendees cheered on the protesters.