Iowa Democratic leaders plan to make the caucuses more accessible and simpler. This plan is an effort to keep Iowa’s caucus early in the presidential nomination process. 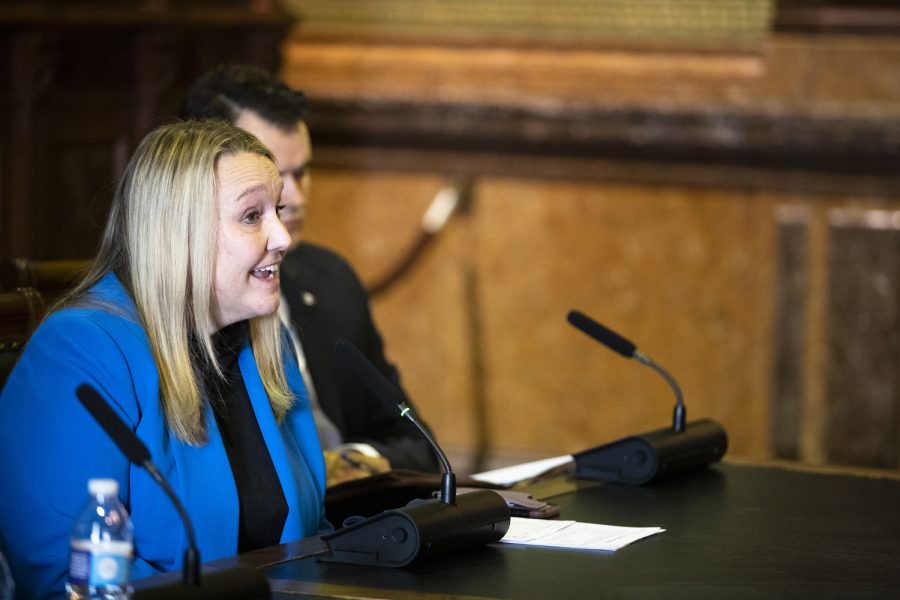 The leaders pitched a plan to make the Iowa caucus system simpler at the Democratic National Convention Rules and Bylaws Committee meeting on Thursday.

Despite the history behind Iowa’s caucus being early in the presidential nomination process, Iowa Democratic Party Chair Ross Wilburn, D-Ames, said that he understands the way the caucuses run currently no longer fits within the political climate of the 21st century.

Leaders hope this new plan will remove the volunteers’ burden of reporting the results and professionalize the caucus process by hiring an election administrative vendor such as the secretary of state or county auditors.

Iowa’s place in the early presidential process has been in jeopardy since the DNC’s Bylaws and Rules Committee drafted a proposal to update the caucus system in early 2022. Since then, Iowa Democratic leaders became determined to make the Iowa caucuses more accessible.

Wilburn, Brennan, and Iowa House Democratic Leader Rep. Jennifer Konfrst spoke at Thursday’s meeting, as well as other states, vying for their caucuses to be a part of the early presidential nomination process.

Other states in the running for first in the nomination process are Illinois, Washington, Michigan, Minnesota, Maryland, New Jersey, Connecticut, Delaware, Colorado, Georgia, Texas, and Oklahoma. The current early states in line are New Hampshire, Nevada, and South Carolina.

As part of the presentation to the DNC Rules and Bylaws Committee, a video produced by the house Democrats was included featuring other Democrats in Iowa who also believe Iowa’s caucuses should be involved at the start of the presidential nomination process, such as democratic gubernatorial nominee, Deirdre Dejear.

“It wasn’t until the Iowa caucuses that I truly got to understand my democracy and how it worked through the lens of other people,” Dejear said.

Wilburn said Iowa is the ideal place to host the caucus as it provides an inexpensive and accessible playing field for lesser-known candidates to make a name for themselves.

“Iowa has helped democrats be in the best position for the general election,” Wilburn said.

A key selling point for Iowa to remain in the early presidential nomination process made by the Democratic leaders was Iowa’s urban, rural, and suburban areas which create a competitive field for candidates.

“Rural Americans are a key group that our party nationally must connect with. And it’s essential  our potential presidential candidates be tested by their ability to communicate with rural voters,” Wilburn said.

Konfrst said Iowa’s three-way split of about ⅓ Republican, ⅓ Democratic, and ⅓ unaffiliated gives candidates an opportunity to build enthusiasm and engagement among voters who aren’t necessarily a part of their party.

“The caucuses are a fundamental organizing tool that allows us to maintain competitiveness,” Konfrst said.