Logic’s latest album, titled ‘Vinyl Days’ was released in its entirety on June 17. Thirty tracks long, it overflows with talent — his songs are original and clever, with brilliantly written lyrics and unique and insightful content matter. 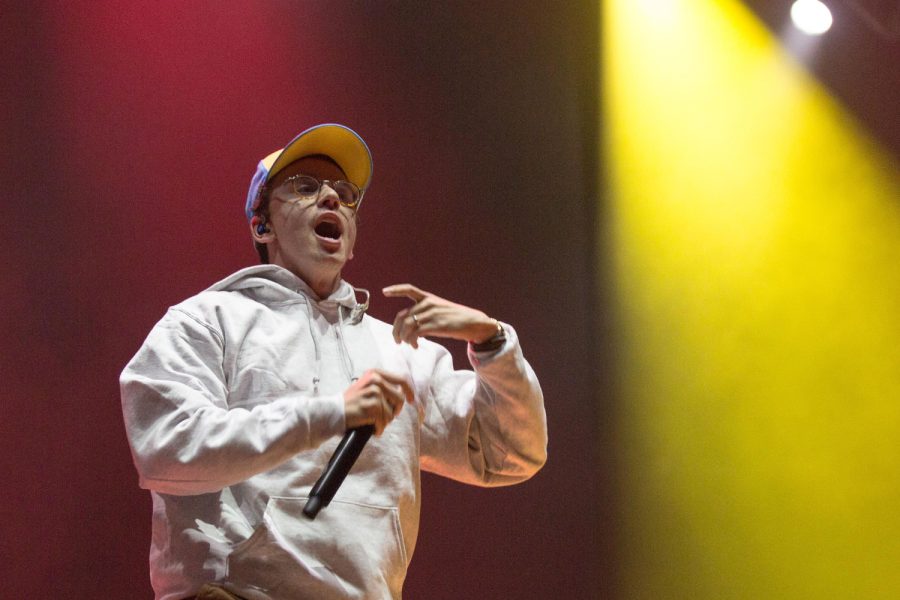 Logic’s newest album, Vinyl Days, took a village of rappers, producers, and celebrities to create, and it is well worth the effort. With teaser tracks first released on May 20, the full album and all 30 songs were finally released on June 17.

My biggest takeaway from Logic’s album is that he’s ridiculously well connected and well respected — that’s the only way he could get so much talent in one album.

Guest rappers such as Action Bronson, Curren$y, Russ, Wiz Khalifa, Royce da 5’9, RZA, AZ, and The Game, among many others, would have been enough to make this statement true. However, it’s the additional recorded phone calls from Aaron Judge, JJ Abrams, Michael Rapaport, Tony Revolori, NEMS, Earl Sweatshirt, Rainn Wilson, and Lena Waithe that truly show just how well connected and well-respected Logic is.

“Decades” was one of the first tracks on this wildly prolific album that stuck out to me. Here, Logic breaks down how money can’t buy happiness, and how he’s seen money become a corruptive force in his family and community.

It also includes Logic thanking God for getting as far as he has, and for the life he has. This song is clever, insightful, and even funny at points, such as the line “Feelin’ like Annie singin’ ’bout the Sun, no food in my stomach, hopin’ that tomorrow gon’ come.”

“Quasi” is another song you shouldn’t skip. As hinted by the title, this song is about the legendary producer Madlib, aka Quasimoto, whom Logic is desperately trying to get out of retirement. This plea for Madlib to rejoin the rap community, despite its pretty niche topic of content, came together to be a fun and boppy song.

“Therapy Music” was my favorite from this album. For me, every line hit, although the lyrics that stuck out to me were, “That was the life that I was leadin’ back before I went to therapy, and we unpacked, I wasn’t really needin’ that, I was needin’ validation, which, I agree is whack.”

This is essentially the heart of the song, which is him exploring his headspace before, during, and after therapy. He explores his ego, his anxiety, his trauma, and more. He does this so quickly and articulately that the listener barely has time to comprehend how he just concisely explained an enormous issue in only two lines. He then moves on to the next issue, which he explains just as well, and so on.

“Breath Control” was my close second favorite from this album. The message of this song is pretty well summarized by its opening two lyrics: “Tell me who really want it. Everything that they talking about, I already done it.”

Essentially “Breath Control” is Logic discussing the race for fame that rappers embark on. He comments on how everybody likes to say they will be the next greatest thing, but how very few people actually have what it takes to do so.

“LaDonda” was the final track that stood out to me — it referenced Anthony Fantano, a music critic and YouTuber known for giving Logic unprecedented harsh album reviews. However, this song is about Logic’s friendship with the music critic — though at first, the two were at odds for obvious reasons.

Things changed after a phone call with Fantano, where Fantano explained that he believed Logic deserved to be where he was and that he was a good rapper. The lyrics went on to explain that Fantano is ultimately an honorable music critic, and only tries to give his most honest reviews.

Logic then goes from seeing Fantano as an enemy, to somebody who will help him better his music. The two then walk away from the experience with a newfound respect for one another.