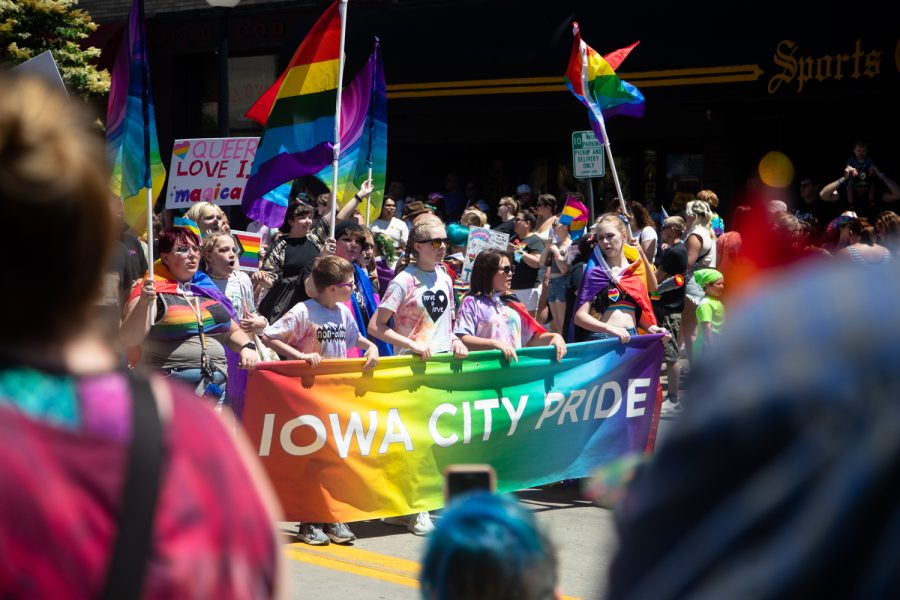 The 51st Iowa City Pride Festival opened with a unity march on Saturday, with participants parading through downtown Iowa City and finishing at the stage set up on the intersection of Linn and Washington Street, where they were greeted by Iowa City Mayor Bruce Teague and Cedar Rapids artist Alisabeth Von Presley.

Along the way, participants were encouraged to stop by local vendors for pride merch, food, and drinks. Several Iowa City businesses along the parade route welcomed participants with messages on signs and windows.

The Iowa City Pride Festival will continue throughout the rest of the day, with Studio 13 closing the night on stage at 8:30 p.m.