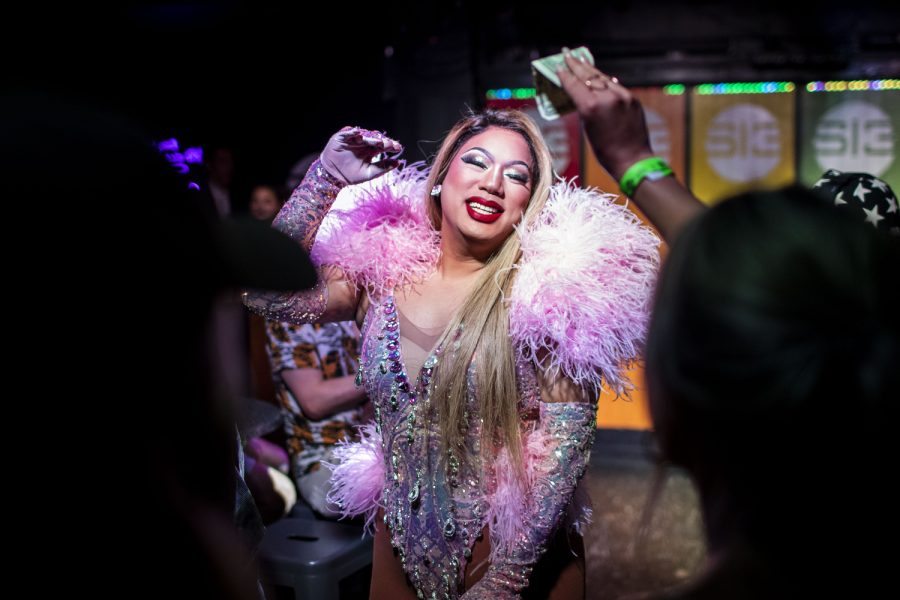 Drag queen Myling grabs money during a drag show at Studio 13, a nightclub in Iowa City, on Friday, June 17, 2022. Eight queens performed during the show.

The nightclub also held a Juneteenth Comedy Showcase before the show, and DJ N8 was set to perform after the drag show.