The Iowa Supreme Court has ruled that abortion is not protected under the state constitution. Leading up to the ruling, Gov. Kim Reynolds appointed four new Republican justices to the court. 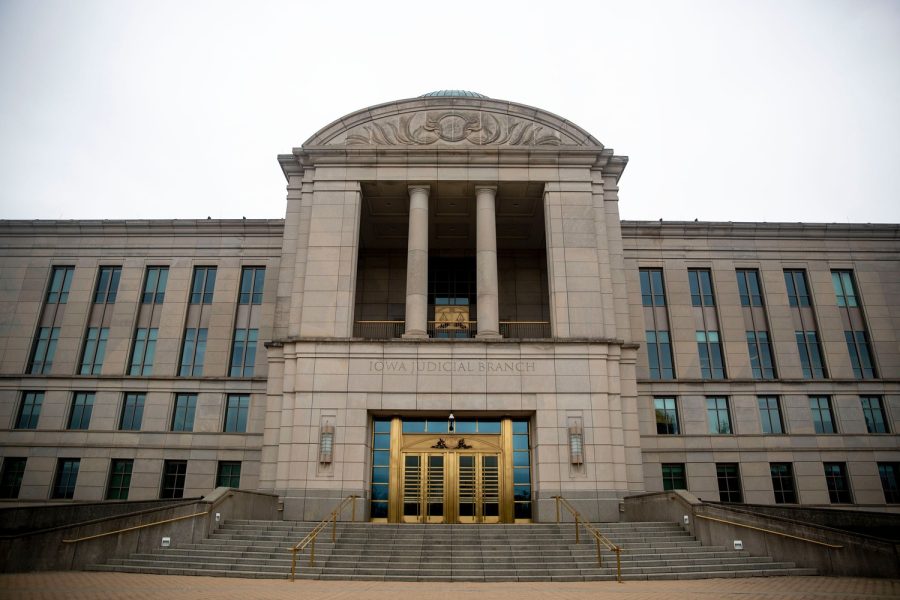 Outside Iowa's Supreme Court and the Iowa Judicial Branch Building on Monday, April 22, 2019, in Des Moines.

The overruling by Iowa’s Supreme Court was decided in the middle of discussions regarding the possible overturn by the U.S. Supreme Court of Roe v. Wade, a 1973 decision that protects the right to an abortion nationwide.

Reynolds went to Twitter after Friday’s overruling, saying the initial decision from 2018 made Iowa the most “abortion-friendly state in the country.”

“Today’s ruling is a significant victory in our fight to protect the unborn,” Reynolds said.

Today’s ruling is a significant victory in our fight to protect the unborn. The Iowa Supreme Court reversed its earlier 2018 decision, which made Iowa the most abortion-friendly state in the country.

The Iowa Supreme Court consists of seven justices, six of which were appointed by Republican governors. Reynolds named four of the six Republican-appointed justices in just under two years.

Iowa Senate Minority Leader Zach Wahls, D-Coralville, released a statement on Twitter and urged Iowans to vote for Democrats on all levels of government.

“Today’s disastrous Iowa Supreme Court decision is a direct assault on the freedom of Iowa women to make their own health care decisions and of all Iowans to exercise their right to self-determination,” Wahls said.

Democratic Nominee for Iowa Senate District 45 Janice Weiner utilized social media to express anger toward the ruling. Weiner retweeted a couple of tweets and also tweeted “Wake up” in response.

In 2020, there were 3,222 medically induced abortions and 835 surgical abortions, according to the Iowa Department of Public Health.

Although the decision by the Iowa Supreme Court has been made, more information and new measures have not yet been released.