Fact Check | Blaming one legislator for accident ignores a lot 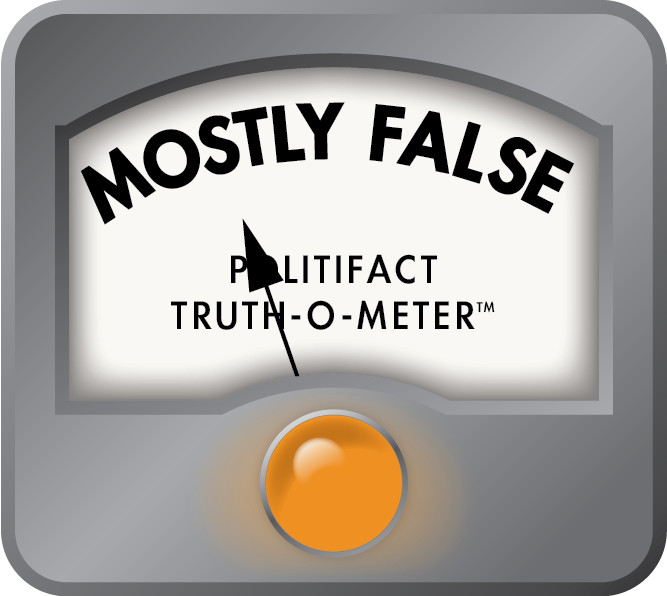 On June 14, 2022, a week after Nunn won the Republican primary to oppose the two-term Democrat, Axne’s campaign released a video ad that begins with news reports about a fatal amusement park ride accident on July 3, 2021. Michael Jaramillo, 11, of Marion, Iowa, died after being trapped underwater at Adventureland Park. The park is in Altoona, Iowa.

“A tragedy that could have been avoided. But Zach Nunn took money from Adventureland’s CEO, then sponsored legislation to loosen amusement park safety rules.

“A child died. Zach Nunn put his big donor first, ahead of the safety of Iowa families.”

Unfair and inaccurate, Nunn responded. “Beyond the heinous exploitation of a family’s tragic loss, the ad is false on several points,” he said to PolitiFact Iowa in a text. Jaramillo did not die because of the legislation, Nunn said.

His campaign also issued a statement that said in part, “Nunn and bipartisan legislators passed the law to improve workforce opportunities across Iowa, delivering Iowa as one of the lowest unemployment states in the country.” News reports show the amusement park industry nationwide was struggling post-COVID to find workers in 2021 .

Axne’s communications chief, Paige Godden, defended the ad’s message. “The park had a lengthy history of safety violations and dangerous conditions that resulted in injury to guests and workers, but when it lobbied for loosened safety regulations, Zach Nunn went ahead and sponsored that legislation,” Godden wrote in an email to PolitiFact Iowa. “Nunn took money from then-Adventureland executives and did their bidding.”

Nunn introduced a companion bill in the Senate but it was dropped in favor of the House bill, which Gov. Kim Reynolds signed into law on April 30, 2021.

The House bill passed the Senate with a bipartisan 29-to-15 vote after the House approved it by a 76-to-17 vote. The House vote was also bipartisan.

Nunn, an Air Force aircrew intelligence officer, was absent when the Senate voted because he was on an active military deployment, he said. Democrats voting for the law, Nunn’s campaign accurately pointed out, included the state party’s chairman, Rep. Ross Wilburn, and House Minority Leader Jennifer Konfrst.

Asked about the Democratic votes, Godden wrote: “Cindy Axne is not responsible for the votes of individual state senators or House members, and cannot speak to how they voted for this legislation.”

Adventureland Park is located in suburban Des Moines. State Labor Division amusement ride investigators found 17 safety violations on July 6, 2021, at the park’s Raging River ride, where the accident occurred. Michael Jaramillo’s brother, David Jaramillo spent time in a coma as he recovered; he was 15 when the accident happened. The boys’ father, also named David Jaramillo, was also injured in the accident. The ride did not reopen this year.

Former Adventureland CEO and co-owner Michael Krantz, of Des Moines, gave Nunn’s campaign for the Legislature two $2,500 donations – one in 2018 and one in 2020 – for a total of $5,000, Iowa campaign finance disclosure records show. He gave Nunn’s 3rd Congressional District campaign $11,100 in August 2021, Federal Election Commission records show. Krantz family members, who sold the amusement park at the end of 2021, collectively have donated about $34,000 to Nunn’s congressional campaign, the Des Moines Register reported.

Nunn, who lives in Bondurant, outside of Des Moines, said he has known the Krantz family since the age of 14 and that Krantz was the owner of a business in his state legislative district. “Axne makes the verifiable false accusation in the attack ad that the legislation resulted in putting donors before families and the end result of the legislation caused the death of a child – verifiably incorrect,” he wrote in his text to PolitiFact Iowa.

Operators at the Raging River ride when the July 2021 accident happened were older than 18. But the ride had been the site of another death, of a 68-year-old ride operator who fell in 2016. The park closed the Raging River ride in 2020 to replace a control board in an effort to prevent such an accident from happening again, a park attorney told the Des Moines Register.

The Axne for Congress ad said, “A tragedy that could have been avoided. But Zach Nunn took money from Adventureland’s CEO, then sponsored legislation to loosen amusement park safety rules. A child died. Zach Nunn put his big donor first, ahead of the safety of Iowa families.”

Nunn sponsored a bill in the Iowa Senate that was the counterpart of one that became law in 2021. The law reduced the minimum age for running an amusement park ride in Iowa from 18 to 16. In addition, he has accepted $34,000 in campaign donations collectively from the family that owned the park at the time.

However, the ad oversteps when it suggests that the Adventureland death could have been avoided if the law hadn’t passed. The operators of the ride that led to the teenager’s death were older than 18.

We rate the statement Mostly False.

Amusement Park Warehouse, “Labor Shortage: H-2B Workers are Essential for the Survival of the Amusement Industry,” by Matt Cook, June 25, 2021