A turbulent tale that takes a slice out of history, Henry V recounts a portion of the Hundred Years’ War between England and France. The first showing of Henry V is on June 17, and the final performance will take place on July 3. All productions are hosted at the Lower City Park. 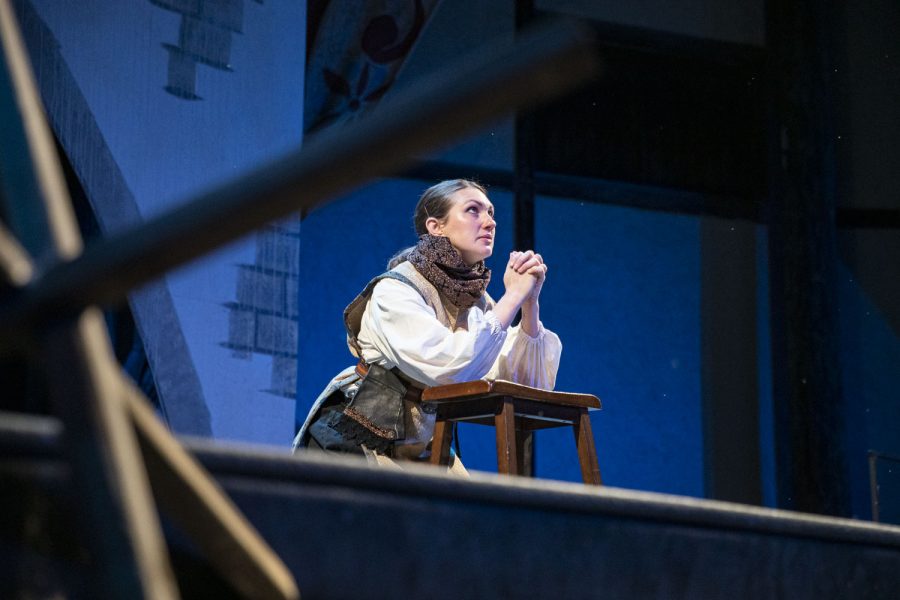 This year, Riverside Theatre is performing the show Henry V. A turbulent tale that takes a slice out of history, the performance recounts a portion of the Hundred Years’ War between England and France. The first showing of Henry V is on June 17, and the final performance will take place on July 3. All productions are hosted at the Lower City Park.

Adam Knight, the artistic director at Riverside Theatre, believes Shakespeare should be for everyone. While Shakespeare’s works are full of flowery language and difficult-to-decipher phrases, Knight said he still believes the work should be accessible to people of all ages and backgrounds.

This concept is what drives Riverside’s annual Free Shakespeare program. For the past several years, Riverside Theatre has offered programming that showcases the work of Shakespeare to the public for free.

Knight said the program’s goal is to eliminate any barrier to entry, and create an environment where everyone is able to enjoy the world of live theater.

“This is continuing our vision that Shakespeare is for everyone,” Knight said. “The way we think we can best achieve that is to provide professional productions to our community, free of charge with no ticketing, so families and individuals can show up for the 7:30 show, grab a seat, and watch professional actors bring some of the greatest words to life.”

Elliott Bales, who plays the characters of Fluellen and the King of France, said one of the most interesting parts of the show is the way gender is explored. Bales said that historically, the Queen of France made a great deal of important leadership positions, and yet in Shakespeare’s work, she does not contribute that ability until the end of the show.

Through artistic revisions, Bales said Knight was able to alter the show and include the Queen of France, played by actress Sonya Madrigal, in those important scenes.

“If the queen is running the show, and she’s the most diplomatic of the bunch at the end, why isn’t she sitting in the room helping guide the decisions?” Bales said. “Finally, we now have the Queen of France sitting at my elbow. Every time I get a little worked up, she kind of pokes me or whispers to me, and that has been a great journey.”

Another aspect gender plays in Shakespeare’s work is that historically, women were not allowed to perform. Bales said in the past, female characters had to be played by younger men. In Riverside’s production, they are reversing that historic trend.

RELATED: ‘Natasha, Pierre, and the Great Comet of 1812’ brings drama, humor, and immersion to Riverside Theatre

The title character of Henry V is played by Katy Hahn. By playing a masculine-presenting character in the show, Hahn contrasts the previous guidelines of theater. Bales said the relationship that modern interpretations have with theater and the audience are one of the most intriguing parts of the art to him.

“One of the joys that I have of theater is that it’s not about what’s on stage,” Bales said. “It’s about the fact that the audience sits between those characters in a western theater and makes their own decisions.”

Another unique facet of this production and the Free Shakespeare program as a whole is that the theater is outdoors. Rather than being limited by space, Knight said the venue allows for the large cast to fill the stage.

Knight said the location of the theater allows for a more immersive experience as well. He noted it’s similar to the way Shakespeare’s productions were originally enjoyed, which was with access to an open sky.

“It’s always just so energizing to see so many members of the community walk the pathway towards the theater. We never know who’s going to show up on any given night,” Knight said. “It’s a beautiful space in the park. This is a chance to experience what this theater was built for.”