Elinor Levin has won the Democratic nominee for Iowa’s 89th District. Levin won the primary vote by 63 percent of the vote, and says that she hopes to work with her former opponent, Tony Currin, in the future. 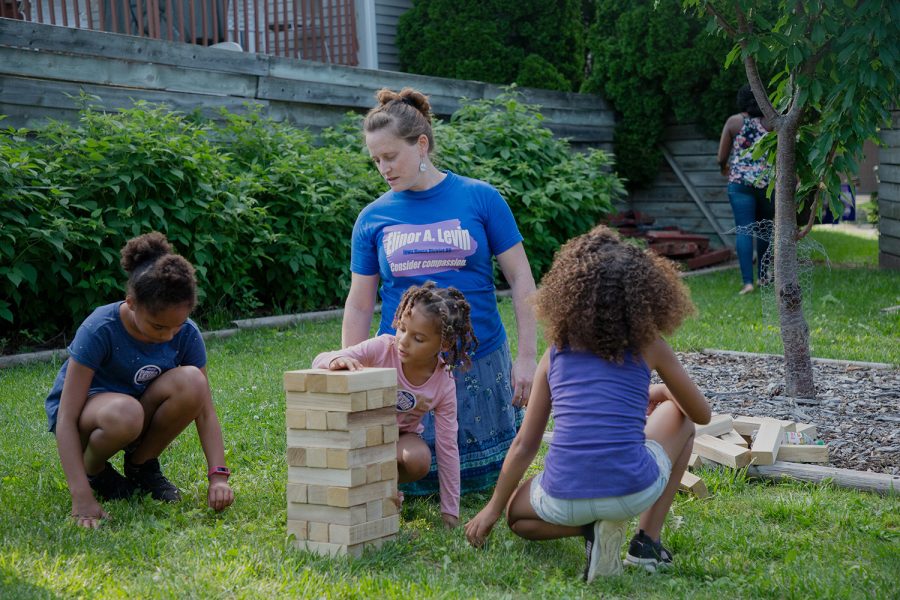 The Democratic nominee for Iowa’s 89th District, Elinor Levin, celebrated her victory at a watch party surrounded by family and friends in a backyard party that doubled as her niece’s first birthday party.

Levin won the Democratic primary vote by 63 percent of the vote against Tony Currin. No Republicans ran in the primary. The results were announced at 8:34 p.m.

Levin will replace Rep. Mary Mascher, D-Iowa City, who is retiring after decades in the legislature. She was first elected to the Iowa House in 1994.

“I am excited about Eleanor being in this position,” Mascher said. “I’m willing to help her in any way I can.”

Mascher said that she has stayed out of the primary race because she believes that the voters should pick the candidate, not her.

“In terms of picking my successor, I really wanted the voters in for them to make their case to the voters and for the voters to decide,” Mascher said. “And the voters did so.”

Without a Republican candidate, Levin is the prohibitive favorite to win the November 2022 general election.

“I have learned a lot and have had so many opportunities to talk with different groups and find out about perspectives that I wouldn’t have heard from otherwise,” Levin said.

Levin’s and Currin have maintained an amicable relationship with one another since the start of the race.

“Early on, [Levin] and I sat down and we discussed the stuff going on in these other campaigns, it’s just awful,” Currin said. “We just don’t have that here. We’re not going to have that mess.”

Currin said that he will support Levin in the general election.

Levin said that she is looking forward to working with Currin in the future.

“He’s a great community member and I look forward to seeing him continue in his role,” Levin said.

Levin said that her favorite part of running has been talking to people outside of the Democratic party, and people who aren’t involved in politics at all.