The Daily Iowan • May 23, 2022 • https://dailyiowan.com/2022/05/23/governor-kim-reynolds-private-education-bill-will-not-pass-says-house-speaker-pat-grassley/

Governor Kim Reynolds’ private education bill will not be passed by the Iowa House, House Speaker Pat Grassley said to reporters on Monday. 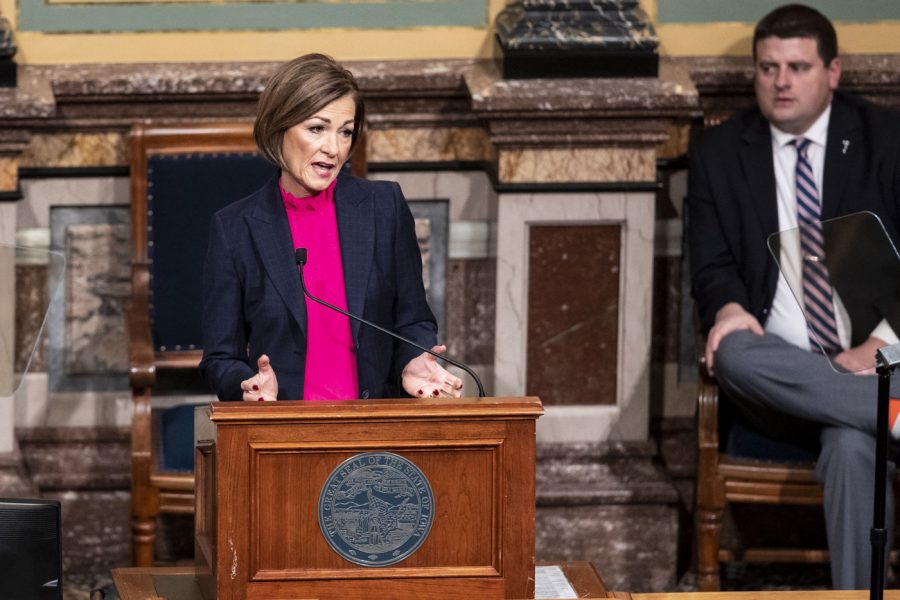 The Iowa Senate passed Senate Study Bill 3080, in Feb. and proposed tax-payer-funded scholarships of over $5,000 for up to 10,000 students each in order to attend private schools.

Republicans make up the majority of Iowa’s House, but some voted against the bill out of concern that it would harm education in rural areas.

Iowa House and Senate Democrats have said that Reynolds’ bill will hurt public education, and have all voted against the bill passing.

In April, The Daily Iowan wrote a Politifact that said that the bill would only benefit 2 percent of Iowa school children.

Sen. Zach Wahls, D-Coralville, said the private school vouchers are being pushed by the party trying to undermine public schools.

“What Republicans are doing is pushing this voucher scheme that, if passed, will defund and especially damage rural schools. That will make it harder for our small towns and their children to survive and get the education that they need,” Wahls said in a press call last month.

The bill also called for public schools in Iowa to make syllabi and learning materials’ titles available to the public, similar to other Republican-introduced bills that called for more transparency in public education.

The 2022 legislative session was initially supposed to end on April 19, but Reynolds’ attempt to win over Republican holdouts caused weeks of stagnation in the Iowa State Capitol.