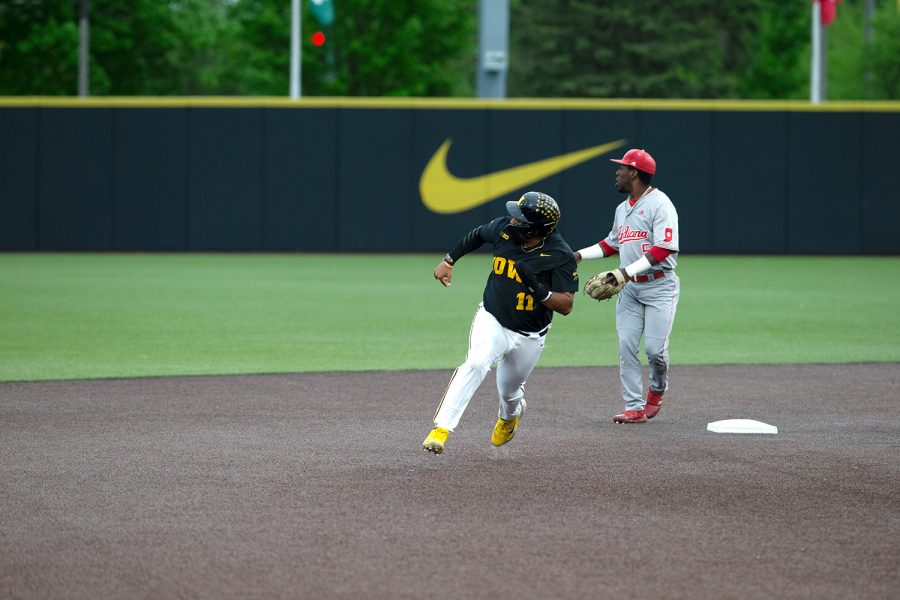 Iowa first basemen Izaya Fullard makes the turn at second base during a baseball game at Duane Banks Field in Iowa City on Friday, May 20, 2022. The Hawkeyes defeated the Hoosiers 12-0. Fullard had one hit and two walks.

Iowa shortstop Michael Seegers had four hits and four RBIs in five at bats while Iowa second basemen Sam Hojnar had three hits and three RBIs in four at bats. Iowa Outfielders Keaton Anthony and Sam Petersen both hit solo home runs in the game. Anthony hit his 13th home run on the year while Petersen hit his sixth.

The Hawkeyes look to sweep the Hoosiers on Saturday at Duane Banks field in the last game of the regular season.