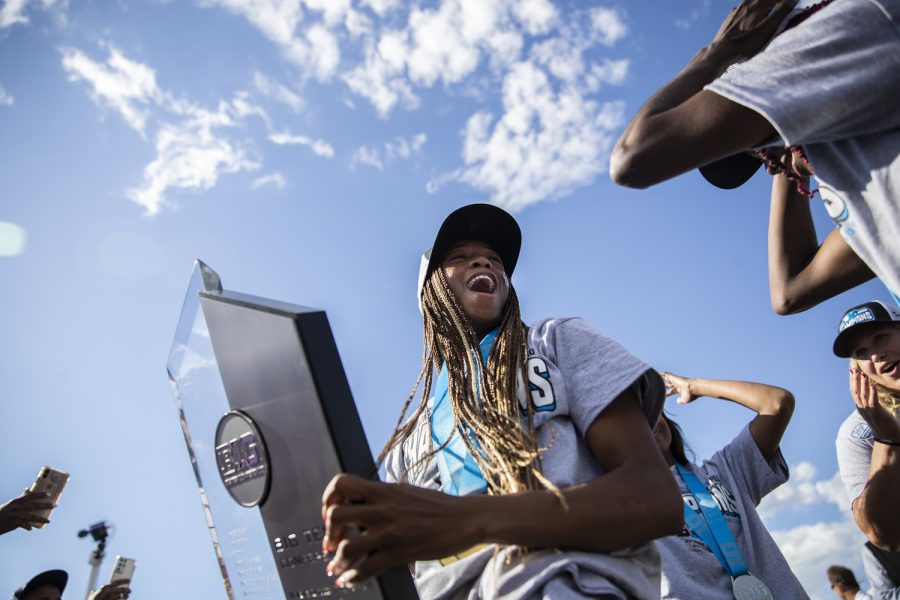 Ohio State’s Anavia Battle holds the Big Ten Championship trophy during day three of the 2022 Big Ten Outdoor Track and Field Championships at the University of Minnesota Track and Field Stadium in Minneapolis on Sunday, May 15, 2022. The Buckeyes took first in both men’s and women’s competition.

Ohio State track and field earned first place in both men’s and women’s competition after day three of the 2022 Big Ten Men’s and Women’s Outdoor Track & Field Championships at the Minnesota Track and Field Stadium in Minneapolis on Sunday. The Buckeyes’ women scored 185.5 points and the men scored 124.

The Hawkeyes next head to the NCAA West Prelims in Fayetteville, Ark., on May 25.