I can’t thank enough the people that make this newspaper tick and the experiences it’s given me. 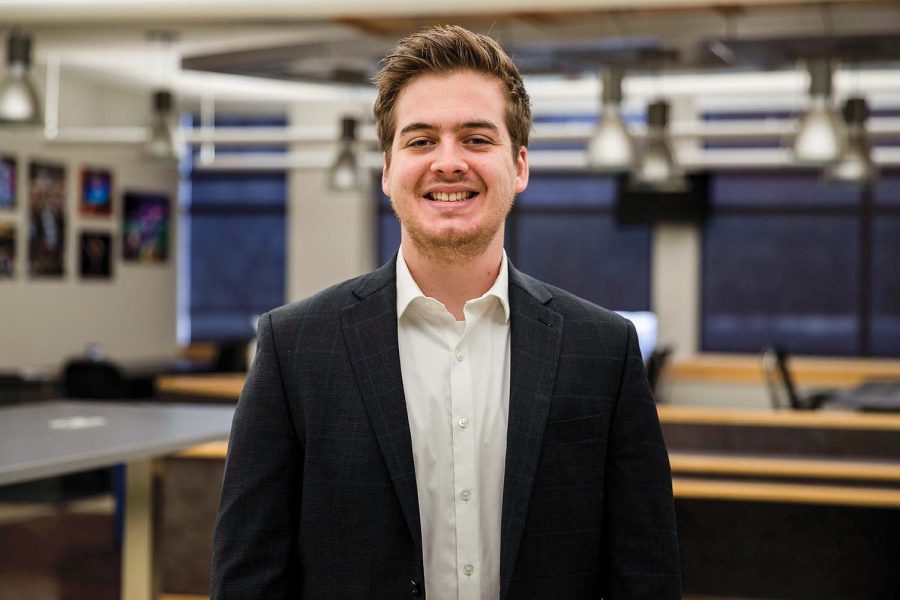 It wasn’t until a couple years into reporting that I realized this was a thing I could really stick with.

That’s a little late, considering all the money and time I had spent on school and pumping out halfway-decent articles at The Daily Iowan. But to be honest, I spent a couple years with plenty of misgivings that I wasn’t cut out for this stuff.

But it was during the 2020 election — the chaos on caucus night, flying out to Vermont, following Iowa’s competitive House and Senate races, and the excitement of election night — that I really caught the bug.

Journalism is a unique endeavor. It’s probably the only job where I can get paid to find things out and annoy people about it, which I’d do for free. You don’t need anything but a pen and paper, and hopefully a few readers. To paraphrase the apropos words of Pulitzer Prize winning Storm Lake Times Editor Art Cullen: Our only license comes
from the Constitution.

“Nobody can require some academic degree of us to publish,” he wrote in a 2014 column addressed to his son, Tom. “All we have is our own credibility, which is called into question twice a week in our circumstance. Readers decide our future, not any branch of government.”

It may not be the most revered or highest paying field, but somebody’s gotta do it. Good information will always be valuable, and if there’s no real information out there, nefarious things will fill the gaps.

The people who have helped me along the way are too numerous to name here, but in the spirit of the above quote, it’s really the readers and the community that I have to thank. Thanks for letting us tell your stories, and I hope we’ve been able to amaze, shock, delight, and inform.

Thanks for holding us accountable when we fall short. I may not agree with every Twitter reply, Facebook comment, or all caps email, but healthy skepticism and dialogue keeps us honest and on our toes.

DI Publisher Jason Brummond and coaches Lyle Muller and Jennifer Wagner have been invaluable mentors to me over the last four years. I learned more in conversations and critique with those three than I ever could have in a classroom.

And I can’t give enough credit to the people on this masthead  — you can flip back and read their names yourself. From picking up breaking stories, to dashing out to get photos, to simple things like swiping me a flex meal when I didn’t have time or money (or both), the people in this newsroom deserve far more of the credit than the guy running the show. I spent most of this year just telling them what to do. They’re the ones who actually did it.

It’s truly remarkable the well of talent that this place produces. Our newsroom leaders could hold their own against professional journalists anywhere in the field, and the people coming up to take the reins are just as capable.

Once, when I went on a college visit to Iowa State, a promotional video they showed promised college would be “the best four years of your life.” (The UI, on the other hand, had the good sense to keep our expectations low).

I was fairly repulsed by the concept. Why would I want the best part of my life to end at age 22? I still hope that’s not true, but these last four years will be hard to beat.

I’ll enjoy the extra sleep and a somewhat regular work schedule. But I’ll miss the late nights in the newsroom, the scramble to break the latest story, and the feeling of relief when it all comes together.

Waking up every Monday and Wednesday to remember that, remarkably, our paper had made it onto the stands and seeing people picking up copies and flipping through them around campus never got old.

I wouldn’t be much of an editor if I couldn’t keep it brief, so I’ll wrap things up. It’s been a pleasure to report on the greatest little college town in the world. Good luck everybody.